Race to the Top

Since November, there has been a tug-of-war in the league of offshore funds investing in India. The Luxembourg-based Aberdeen Global and Singapore-based HSBC Global Asset Management have been fighting to grab the top slot. Aberdeen Global’s fund that invests in Indian equities now appears to be decisively nosing ahead in the race. It first overtook rival HSBC’s fund in November and is now pulling away as investors shun HSBC and prefer Aberdeen.

Morningstar, a mutual fund analytics company, released data showing Aberdeen Global Indian Equity Fund had $3.93 billion in assets under management at the end of June, ahead of HSBCs Global India Fund’s $3.23 billion. Aberdeen’s fund saw a quarter of a billion dollars inflow during the three months to June 30 while HSBC’s investors pulled out a net of $206 million. India-focused offshore funds collectively saw an outflow of $1.1 billion as the rupee plummeted, the economy weakened and industries slowed down beating down stocks and indices. A quarter of their assets have been wiped out over the past one year. 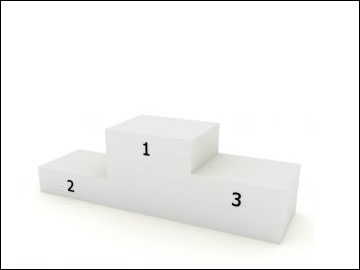 The performance of the top two funds shows how big a gamble equity investment in the country in the past year has been. Both the funds started investing in 1996 and have been close competitors for a long time.

HSBC’s fund, managed by Sanjiv Duggal, started becoming popular after the 2008 financial crisis and gained steam in May 2009 when its assets grew 52 percent to $4 billion in a single month. By April 2010 it had $7.2 billion under management. Aberdeen’s assets were also steadily growing and reached $4.72 billion by April 2011. This was the time when the total size of India offshore funds stood at $54 billion. Then the slide began. 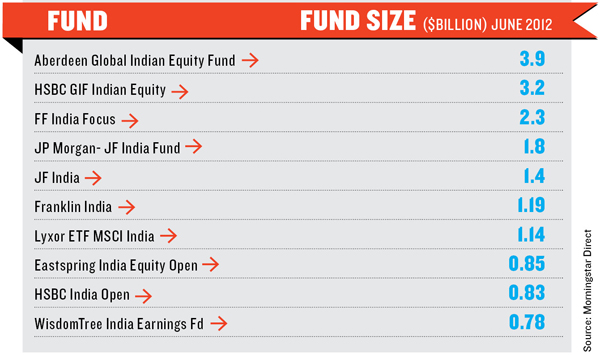 By November 2011 the assets of HSBC’s fund fell to $3.25 billion, a much steeper fall than Aberdeen’s which had shrunk to $3.44 billion. Since then there has been a close contest between the two for the top spot in terms of size. Over the last year HSBC has witnessed an outflow of half a billion dollars or about 9 percent of its assets.

Aberdeen GIEF, managed by a team of investment specialists, has outperformed HSBC’s GIF fund for the past five years but it is only now that it has started to attract inflows. Aberdeen has returned 9.27 percent in the last five years against HSBC’s -1 percent.

Aberdeen was the only fund to attract huge inflows during the second quarter of 2011 amongst actively managed funds. The fund has slid the least at 18 percent against the MSCI NR USD Index which dropped by 25 percent over the last one year. HSBC’s GIF Indian equity was the worst performing fund over the same period delivering a return of -31 percent.

“HSBC GIF Indian equity fund was a bottom quartile performer within its peer group in 2010 and 2011. The fund had taken large bets on the real estate, industrials and energy sectors, which dragged down its performance substantially,” says Dhruv Chatterji, senior research analyst at Morningstar India who tracks offshore fund performance.

Aberdeen’s fund on the other hand backed the consumer goods and financial sectors. The defensive bets helped the fund to arrest its fall. Its top holdings include Infosys, HDFC and Hero Motocorp.

Tweets by @forbesindia
Eurozone can be rescued but needs political will: Vince Cable, British Secretary of State for Business
Bangalore, an inconvenient truth?