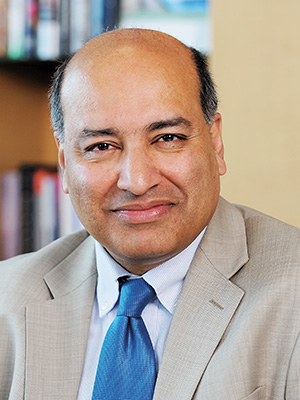 Q. Tell us about EBRD’s [European Bank for Reconstruction and Development] investments with Indian companies.
A. Of the total €806 million [$1,044 million] investments with Indian companies, €526 million [$681 million] is in financial institutions; €280 million [$363 million] in industry, commerce and agribusiness. India-EBRD investment has been especially strong ($728 million) in Russia. Recently, the EBRD has expanded in the Southern and Eastern Mediterranean (SEMED) region—Egypt, Jordan, Tunisia and Morocco.

Q. Can you give us some examples of joint projects?
A. Previous investments have included equity and loan to help SREI Leasing Moscow grow its leasing portfolio ($1.9 million to acquire 15 percent of the shares in SREI Leasing Moscow, and a loan of $6.5 million). EBRD and Tata Tea teamed up for the joint acquisition of a controlling stake in Russia’s Grand [owned by SuntyCo Holding] in the coffee and tea sector. EBRD joined JSW to finance ($28 million loan) the construction and operation of a steel mill in the Georgian town of Rustavi. Indian companies in recent years have won four contracts (as EBRD consultants) worth $444 million in public sector projects in power and energy.

Q. Which are the areas of interest for Indian businesses?
A. Sectors of particular interest for Indian companies are manufacturing and services, petrochemicals, automotive (including agriculture equipment), metal and steel production, agribusiness, communications and IT. Indian investment in North Africa has been in chemicals, tourism, and IT. The Mahindra Group is very strong in agricultural equipment; Reliance [Industries] is strong in petrochemicals and oil products; and the Tata Group is strong in automotive, tourism and IT.

Q.Isn’t the political risk of investing in SEMED much more today? How can investors mitigate those risks?
A. There is a strong mitigation effect because the EBRD works primarily in the private sector. So, the EBRD can function even during times of political uncertainty. Clearly, private enterprise does not function in a political vacuum but much can continue irrespective of political change. The EBRD cannot guarantee political continuity; and political change can affect the way some companies are treated, for example, in terms of tariffs or taxation.

The EBRD does, however, play an important role via its political dialogue with the authorities in the countries where we are active. As the single largest investor in virtually all of these economies, our voice makes a difference. We play a key role in such organisations as the Foreign Investment Advisory Council that has been set up in many countries to discuss with authorities the requirements of a business climate.

Q. The sanctity of contracts for international investors cannot always be assured. How do you ensure contracts are honoured?
A. When we felt that a company has been unfairly treated by authorities, we stood up to defend it. We have spoken to companies in India who said they feel more comfortable politically by joining us. Large corporations from Western Europe which have invested with us in Eastern Europe have done so not because they needed the money but because they wanted the support, political comfort and the local knowledge we have. We have opened offices in the emerging Arab countries where we are investing and building our local knowledge.