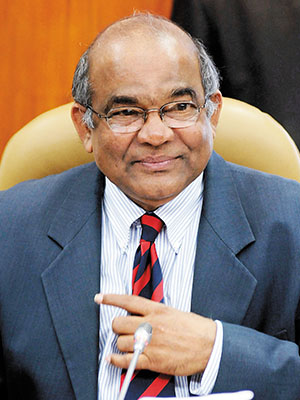 
Q. In your book Economic Policies and India’s Reform Agenda: New Thinking, you say that the real economy needs more government spending. Why?
Before the [economic] crisis, the assumption was that financial markets are more efficient in allocating resources. The crisis has shown that financial markets tend to do things which can bring about excesses. Even [Alan] Greenspan admitted that excesses could go to such an extent that it [the economy] collapses rather than corrects.

Another point relevant for India is that there are some people who gain more than others during a boom and some who lose more than others during a bust. They are not the same. That creates social strife. So, the distributional aspects may warrant greater government spending. That is why we need to look at the role of financial markets from a new perspective. They tend to be short-term-oriented. The financial markets are more front-loaded towards profits while the public policies have to be more front-loaded towards people’s suffering.

Q. When we look at the big fiscal deficit, some say you can reduce it by cutting down subsidies and others say you can do so by shelving the taxes foregone. In that context, it is interesting that you say public policies should be more front-loaded towards people’s suffering.
You have to do it because it has a stabilising influence [on the economy]. The aggregate demand for the lower income levels is not so volatile. It also brings social stability which adds to economic growth. In any case, why should you think either or? You can do both. You can have a low fiscal deficit but highly unproductive expenditure and a highly inefficient state. You can also have a high fiscal deficit and create assets and an atmosphere for crowding in private sector.

The term I use is fiscal empowerment. In countries like India, you should not look at just reducing the fiscal deficit. In fact, you should have more expenditure. In the future, there will be a greater demand for water, sanitation and public health. Can the private sector provide that? Ultimately, it is the fiscal that gives you the capacity to mitigate risks, handle the financial sector instability etc. So in my book, I argue: Empower the fiscal, don’t weaken it.

Q. There are many different approaches to social welfare in India. Often state government methods run opposite to that of the Central government. How do you look at the emerging policy scene?
The global economy management has shown that there is nothing like a single policy which is good. Don’t assume that if something is centralised, it will be more efficient. So, if there are complex issues, there is an advantage in different policies for two reasons: There will be a minimisation of centralised policy mistakes. And, there will be a scope for diverse experimentation. Also, there will be a scope for competition for [arriving at] the best solution. We need to find out which activity at which level is optimal both in terms of efficiencies and reducing the risks.