Is iSpirt an Alternative to Nasscom?

Why 30 Nasscom members formed another association 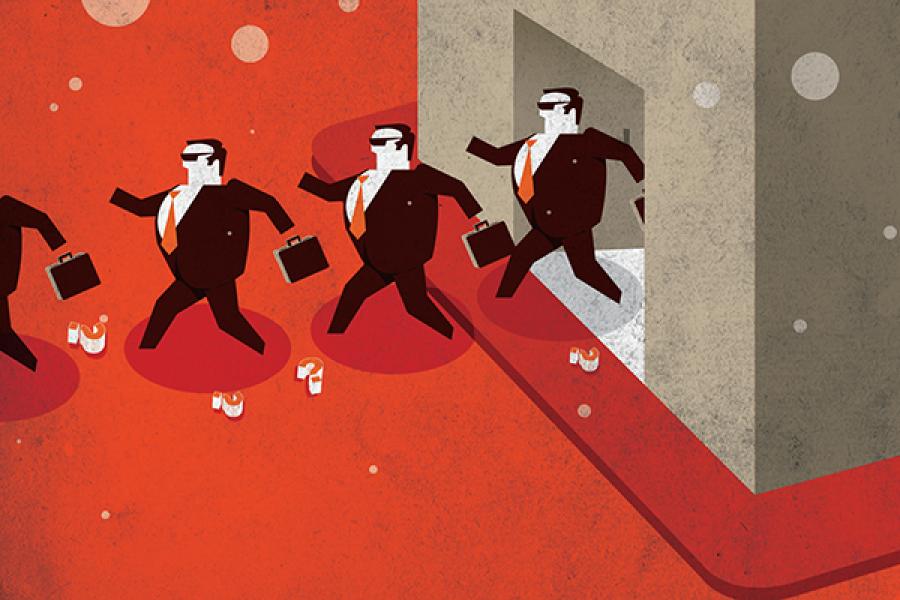 Q. What’s this iSpirt everyone is talking about? Are they splitting Nasscom?
It’s called the Indian Software Products Industry Round Table, or iSpirt, and pronounced “Eye-Spurt”.

And no, they’re not splitting Nasscom, though to a lay person it would appear that way because two key people behind iSpirt—Sharad Sharma and Avinash Raghava—were leading Nasscom’s product initiatives earlier.

Unlike Nasscom which is a ‘trade body’ or ‘industry association’, iSpirt is (or at least wants to be) a ‘think tank’ dedicated to promoting existing Indian software product companies. Their three focus areas will be to draft and take policy proposals to government officials; create reusable ‘playbooks’ from successful companies that can be applied by others; and create ‘self-help communities’.

Q. Yet another association? I thought we already have most of the things required to build a successful software product, like venture funding, a growing domestic market, pay-as-you-go cloud-based technology infrastructure and a good pool of engineering talent?
They’re all there, yes. Which is why there’s a vibrant early-stage software product ecosystem, spanning college kids to middle-aged executives.

But as some of those companies get bigger, they run into a set of ‘macro’ windmills that won’t budge, no matter how hard they tilt at them. For instance, how do you sell profitably to India’s massive small and medium enterprises, which unlike their ‘self-serviced’ counterparts in the US, expect to be ‘sold to’? How do you handle mobile payments when the RBI is like a fire-breathing dragon that guards the gates of commerce? How do you convince tax officials that your cloud-based product isn’t a service (well, yes it is a service, but not in the way the tax guys mean)? How do you create a successful partner network in other countries?

There is merit in solving these problems at a collective level because most product companies are still startup underdogs. Getting together might bring a little more balance to their world. Remember the last time a young and vibrant software sector decided it didn’t need no stinkin’ association, the mobile VAS startups? The mobile operators slaughtered them.

Q. Product companies don’t employ thousands of people, bring in billions of dollars in foreign exchange or buy thousands of acres to set up their campuses. So why will anyone in the government bother with their demands?
And the top software companies are doing an amazing job, right? Heard of creative destruction, or Ozymandias? The great powers will fall. The rich will fall out of the Forbes Rich List. And in their place there will be the New Rich. There’s a good chance that they would have made their money from software products.

Says Bharat Goenka, the co-founder and MD of Tally Solutions and one of the 30 members of iSpirt’s ‘Founder’s Circle’, “The top 400 hospitals don’t need software products, because they can afford to get an Infosys or IBM to create it for them. But the next 500,000 clinics can’t afford that, so they need reliable and affordable software products. Same is the case with colleges, or retail stores. Forty percent of India’s economy is driven by small and medium businesses and their future is dependant on software products,”

Of course, if you know all this, you would be disqualified to work in the government. Which is why our answer is “no one”. Poor guys, let them try.

Q. Isn’t running an organisation like this going to require a lot of money? Where will that come from?
iSpirt says they have raised enough money as donations from people and companies who believe in the products story. Ashish Gupta of VC fund Helion Ventures and another member of the ‘Founder’s Circle’ says iSpirt is just like a startup, with its funding too from the same 3 F’s that startups turn to: Friends, family and fools.

And because iSpirt is designed to be primarily a volunteer-driven (subtext: Unpaid but motivated) organisation, their costs are unlikely to be as high as other industry bodies. Like, oh, Nasscom, maybe?

Q. What’s all this noise about ‘evangelising’ software products? Who doesn’t know about them? Heck, even cab drivers are today buying apps on their mobiles!
Tax officials for one. “This is my single biggest pain point,” says Deepak Kumar, co-founder and CEO of Kreatio, a software product for content management and publishing. “Indian officials understand ‘shrink wrapped’ products that come on CDs, and they understand bespoke IT services. But anything that lies somewhere in between gets hauled up for both value added tax and service tax. We are not asking for tax breaks because almost all taxes are ‘offsettable’ now. Instead what we need is a simplification of taxes.”

Of course there’s the possibility that tax officials know all this quite well, but choose to play dumb.

Q. So Nasscom is in trouble, right?
Ooops. Did we oversell products too much? These numbers will give you some perspective. Together, products companies earn less than $2 billion in revenues, and IT services earn over $70 billion. Nasscom has over 1,300 members, most of whom are unlikely to ditch it even if they are bored to death by the events it organises and question its relevance. Why, even Nasscom has questioned its own relevance, which is why it set up a committee under NR Narayana Murthy to look at how it can be restructured. It might evolve and emerge as an association of associations.

Q. Is the money (read venture capitalists) on board?
Oh they’ll come alright. iSpirt’s ‘M&A Connect’ initiative is aimed at increasing the visibility of Indian software startups globally, especially in the US.

Says Aneesh Reddy, another member of iSpirt’s Founder’s Circle and the co-founder and CEO of Capillary Technologies, a cloud-based CRM software company: “Companies like Oracle acquire product companies almost every month, but they rarely ever look at Indian companies because there’s just no visibility. Even when a foreign company wants to acquire an Indian one, there’s a significant ‘discount’ that’s applied to the valuation. Over the next four-five years this initiative will aim to boost the number of deals by creating a better M&A ecosystem.”

If M&A Connect is successful, VCs will get better valuations and more exits for their software product portfolio in India. Making more money would also mean investing even more, in the hope of making even more.

Q. What was the deal with Forrester giving a thumbs-down to iSpirt?
We were surprised too when Forrester analyst Manish Bahl put out a blog post saying iSpirt would “struggle to make a big impact”.

Then we learnt about iSMB, iSpirt’s programme to connect with India’s massive SME enterprise segment. Says Reddy of Capillary, “iSMB will become sort of like a Gartner for the SME segment, by certifying and rating product companies and saying, ‘here are the three best CRM products for your needs’.”

That’s pretty much what Forrester does, although to larger and richer companies currently. Do we detect some self-preservation from Forrester?