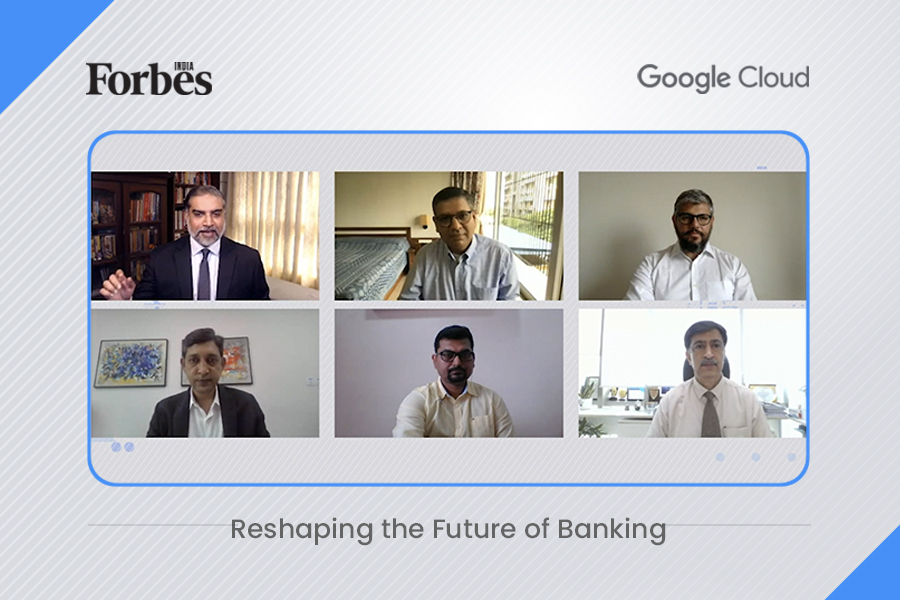 The pandemic has brought to the fore the importance of the data layer when it comes to banking on the cloud. That was the key takeaway from the Banking Panel of the ‘The Next Wave Of Cloud Innovation’ forum organised by Forbes India & Google Cloud.

“Never before has the focus on the data layer been as intense as it has been since the (COVID-19) pandemic,” said Kiran Kesavarapu, Head of Customer Engineering (Industry Solutions & Architecture) at Google. The renewed focus on data is driven by a combination of new technologies such as serverless computing, a bank's own comfort with data sciences and a newfound realization that data science isn’t being seen in isolation, but, as a layer that underpins everything that needs to be done in for either operations or customer experience, he added.

Banking transformation has been manifold. At the product level, latest developments such as buy-now-pay-later are driving innovation on the top line even as a tectonic shift towards digitization is underway at the retail level, Govindan said. That as demand itself shifts towards the Tier Two and Tier Three cities of India where there has been a massive explosion in data consumption, he added. The latter has brought on its own set of challenges for banks.

“As more parts of the unbanked population become first-time users of formal financial services, catering to this new customer base comes with its own set of challenges,” said Dheemant Thacker, Head of Digital Banking at Ujjivan Small Finance Bank. To illustrate the problem statement, Thacker pointed out that small finance banks’ target customers, for example, are largely low-income households with limited access to education.

“What role can the cloud play in upgrading the overall customer satisfaction index of this user base, especially in overcoming the trust deficit which stems from unsatisfactory experiences and unreliable redress of issues? Is an AI-driven contact centre the answer to these problems?” Thacker asked.

Deloitte’s Govindan concurred that Indian banking’s diverse customer base does indeed pose its own set of challenges. “Everybody wants a personalised experience and they feel if I can order all the other things and get my things done in retail or healthcare or any other area sitting at my home, why can't banking be delivered in the same way?”

With opportunity being the other side of the coin when it comes to challenges, Google’s Kesavarapu pointed out that banking in the cloud could open up a range of possibilities.

“Technologists like us have been told this problem statement of what can the cloud do above the line?”

“What we have said is that there is this growth opportunity in front of us and cloud should essentially be the enabler,” when it comes to the ability to build ecosystems, leveraging data to drive engagement and improve processes, Kesavarapu said.

The cloud could also come in handy when managing risk--a topical requirement for banks in this day and age.

Banks appear to be in the business of managing risk in the process of storing and distributing money, whereby the importance of digital initiatives in India will now be on using data to serve the unbanked, opined Punjab National Bank’s Sunil Soni. “Looking into the delinquencies and looking at the efficacy of recoveries, banks have started gradually migrating to artificial intelligence or AI,” to manage delinquency risk, the Chief General Manager CIO at the state-owned Indian bank said.

That risk manifests itself in two key areas: the onboarding of a customer and the collection of dues, Soni said.

For example, in the case where there is no credit history for a bank to run the AI layer on a dataset, multiple agencies exist that leverage customer activity and behaviour on e-wallets, their geographical location via an area pin code, age demographics et cetera; helping banks aggregate the data and then take a call on extending unsecured lending products such as credit cards when it comes to customer onboarding, Soni explained. When it comes to collections, “collaboration is the mantra here” with banks collating data from different agencies and then running the AI layer on the varied datasets, he added.

“The information which is available with the banks is today sliced and diced,” Soni said. “So more data, less information is getting converted into more information.”

Soni should know. As the overseer of the technological transformation underway at the 127-year old bank, challenges such as renewing and unifying the legacy technologies as well as running the latest cutting-edge data analytics code on APIs (application programming interface) at a reasonable cost can only be possible through the cloud.

A key challenge “is how to build that strategic layer and a data-driven layer in the inception of the data and the data scores and taking it to the next level, and making it informative is the key,” said Axis Bank’s Aninda Bhattacharyya. “The average enterprise has 900 applications,” the Vice President, Technology at Axis Bank added.

Processing all that data and executing these apps in the cloud might then help banks surmount that massive challenge that lies ahead, opined Google’s Kesavarapu.

“It is a fact that banks have a large amount of data stored between structured and the ever-growing unstructured formats such as application forms, know-your-customer documentation, invoices and voice calls et cetera,” pointed out Google’s Kesavarapu. “The challenge today is that large banks have dealt with these two forms of data in a fairly disparate manner, stored in silos and devoid of a common mechanism by which the unified intelligence from both these datasets can be derived as insights,” he said.

If that wasn’t enough, banks’ legacy systems were built to run batch processes rather than gain insights in near real-time, Kesavarapu said. “It is almost analogous to watching a Netflix series and being provided with a real-time recommendation based on what one is watching a few minutes ago,” he pointed out. “The ability for banks to get to that level is a challenge in itself.”