Best Investment Opportunities May be Cloaked in Fear 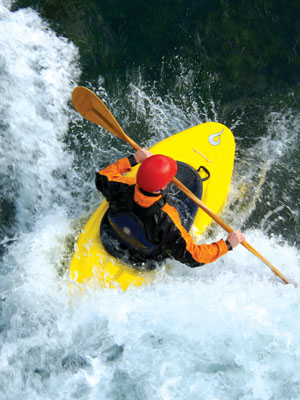 The truth about markets is that the best investment opportunities are cloaked in fear. Hark back to February and March of 2009. Those were the two most horrifying months of the credit crisis that took root in 2007. Coincidentally, this period also marked the start of an epic global stock market rally that the vast majority of professional investors missed since they resembled rabbits caught in the headlights, convinced that financial Armageddon was at hand. The fear of economic collapse was overwhelming, yet some recognised the situation as being a once-in-a-lifetime opportunity. Many of India’s “Invincibles”—Asian Paints, Crisil, Bajaj Auto, Nestle, M&M and Shree Cements to pick a few—were trading at rock-bottom prices relative to historic valuation norms. Each of them could have been bought with the essential margin of safety that is the hallmark of smart investing. Yet most investors were far too busy selling to notice the anomaly since they were lured by the prophets of doom! By mid-2010, the fog had already begun to lift as central bankers went into overdrive in keeping interest rates abnormally low and easing money supply. As sanity and, perhaps a dash of greed, returned to the markets, prices were headed north. A couple of years later in April 2011 the market scaled new highs.

The gains illustrated in the table on the right point out how fear can create tremendous opportunities for gain. What applies to lemon cola drinks works just as well while investing—darr ke aagey jeet hai! Bad news tends to short circuit the neural network. Selling decisions are catalysed by an emotional reaction to news, further exacerbated by crowd behaviour. When fear defines the perception of stocks rather than a rational analysis of facts, it is usually a clarion call for contrarian behaviour. The mantra for the thinking investor is to buy fear and sell confidence. Massive selling usually indicates that few sellers remain poised to wreak further havoc. In the absence of selling, stocks stop falling. Even a hint of scattered buying can revive stock prices disproportionately going forward. The rebound in the market after the deathly stillness of a major decline has a wonderfully colourful and descriptive name: The dead cat bounce. If survivorship is a key characteristic of success, best to try and have a few extra lives! While this might sound bookish, the truth is that a strong contrarian instinct is the primary intellectual and emotional discipline that defines the most successful investors.

Simply defying the crowd is pointless. Contrarianism is best used to nuance your thinking at turning points to grasp the essence of crowd behaviour. Quite apart from reinforcing the healthy scepticism needed to remain mentally balanced, contrarian thinking ensures that you stick with the odds! As Humphrey B Neill, the father of contrarian investing, put it: “The public is right during the trends, but wrong at both ends!” Charles Mackay, a thinking Scotsman and the ultimate chronicler of crowd behaviour, said it will be seen that men go mad in herds, while they only recover their senses slowly, and one by one. Robert Shiller, a modern day Mackay and Yale economist, has outlined a methodology to diagnose financial bubbles. In his view, the sequence is typically:

Woe often awaits investors when a major magazine chooses to make an apocalyptic pronouncement. The best known example is BusinessWeek’s “Death of Equities” cover story in August 1979. The timing was perfect with inflation on the rise and AAA bonds offering double-digit returns. From 1979 to 2000, the US witnessed an epochal and virtually uninterrupted bull market that was finally laid to rest by the dotcom bust after the market had risen more than 10-fold! In an amazing coincidence, Bloomberg, which acquired BusinessWeek in the interregnum, re-posted the same cover story on the internet on March 10, 2009—just in time for the next mammoth rally.

Equally, a sensibly contrarian mindset tempers widespread euphoria. A doctor friend of mine who is a remarkably savvy investor describes it as immunisation against irrational exuberance! Even seasoned investors tend to stumble and falter when the bull market shows the first signs of exhaustion by giving large accumulated profits back to the market. The delayed reaction is typically caused by the absence of a coherent selling discipline. As Jesse Livermore, one of Wall Street’s great speculators, said: “One of the most helpful things anybody can learn is to give up trying to catch the last eighth—or the first. These two are the most expensive eighths in the world.”

The relevance of being thoughtfully contrarian cannot be downplayed in the turbulence that characterises the current market environment. Few would argue with owning a business that has an established track record of secular growth in sales and profits, stable margins, outstanding working capital management and rational capital allocation based on dominant market leadership and technical excellence. The only challenge would be to acquire the company at a reasonable valuation which offers the luxury of surviving any short-term hiccups with minor damage! A couple of companies that belong to this elite genre come to mind—Cummins India (455) and Supreme Industries (330).

In his first inaugural address delivered on 4 March 1933, Franklin Delano Roosevelt said: “The only thing we have to fear is fear itself—nameless, unreasoning, unjustified terror which paralyses needed efforts to convert retreat into advance.”

It is fairly obvious that being paralysed by fear can never lead to a desirable outcome. The hunger to succeed must clearly overwhelm the fear of failure. Most often we fear things in proportion to our ignorance of them. Best therefore to take inspiration from Thomas Edison who famously said: “I failed my way to success.” Arthur Ashe, the exceptionally talented tennis player, probably had the same idea when he said that fear serves as the impetus to step up and strike. Good luck and God speed in the markets!