Culture and success: Leveraging the best and transcending the worst of our heritages

A bamboo ceiling or a culture of shyness among Asians? 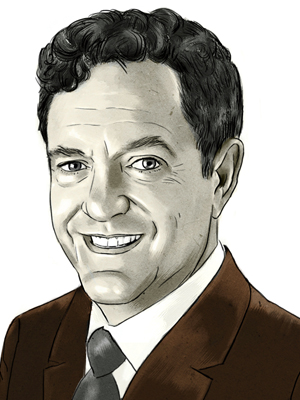 On a recent steamy saturday morning in Hong Kong I made the very slow ten-minute walk from the Hyatt Regency to the campus of the Chinese University of Hong Kong. The walk was slow because my northern California bones found the heat and humidity oppressive and I didn’t want to arrive in a sweat-soaked shirt. But there was another oppressive factor to my day. I was scheduled to appear on campus on a panel hosted by HPAIR—the Harvard Project for Asian & International Relations. My panel’s topic: The Bamboo Ceiling. What could I, a Caucasian son of the American Midwest living in California’s Silicon Valley, credibly say about the bamboo ceiling?

I resolved to stick to the facts. Google search had armed me with many—and they were damning. In Silicon Valley, nearly all of the large employers are tech companies—Apple, Intel, Google, Facebook, etc. Between 25 percent and 30 percent of professional tech employees are Asian-Americans, mostly first- and second-generation, yet only 14 percent of the corporate hierarchy—the ‘C-suite’—is Asian-American. The most successful company in the world—Apple—had precisely zero Asian-Americans on its list of corporate leaders.

I came to my panel armed with these embarrassing facts. My intent was to relay them and shut up. No opinion of mine was going to have any credibility with a Hong Kong moderator and a panel made up of Hong Kong Asians, an Asian-American working for a Vietnamese venture capital firm and a corporate executive from Jordan who lived in Singapore. The audience of 150 students were mostly from Hong Kong, mainland China, India and other Asian and Middle Eastern countries.

When the moderator had finished asking her rather predictable questions, she invited the students to ask any questions they had. Bang! The first one was from a young Chinese mainlander. “What about Asian shyness? None of you talked about that! It’s a bamboo ceiling.”

Suddenly, there it was—the cultural elephant in the room. All of the panelists had professional reputations to protect, so we hadn’t broached that very personal topic. Though once terribly shy myself, mine had been a Norwegian-American-Midwestern kind—“Ole loved Lena so much he almost told her so” goes the joke. I had plenty to say about shyness, its roots and how it creates barriers to opportunity. But say it here?

The young woman’s question turned the panel upside down. During the remaining time it was all anyone on the panel or in the audience wanted to talk about. Shyness is a common affliction among people everywhere but acutely felt among Asians.

Entire books have been written on the bamboo ceiling and the roles of shyness and introversion. It must be said that introversion and shyness are not the same thing. Introverts aren’t necessarily shy. They simply prefer to restore themselves through solitude and a good book. Extroverts feel energised by other people. The worst thing to be, however, is an extrovert who is shy, admitted an Asian HR manager on my panel. “You are energised by people, but fear holds you back.”

What Is Your Culture?
Everyone brings baggage—good and bad—from his or her culture. A surprise bestseller this summer was Hillbilly Elegy: A Memoir of a Family and Culture in Crisis (Harper, $27.99) by JD Vance. The author is a San Francisco venture capitalist and Yale Law School grad who was born in a small Ohio town. While growing up, Vance split his time between there and another small town in Kentucky. His mother was married and divorced several times, with numerous boyfriends filling in the gaps. Vance’s only role model was his chain-smoking, swearing-like-a-sailor grandmother, who held Vance to high standards.

Vance’s memoir is about America’s white underclass, specifically the Scots-Irish who populate Appalachia. Central to this culture is honour. But, writes Vance, as economic prospects fell, the honour became perverted into a binary fight-or-flight response to life’s chal­lenges. The fights were physical and fuelled by alcohol; the flights were people not showing up for work and fathers skipping town.

In these politically correct times, it seems rude to talk about culture. But succeeding in a hyperconnected economy depends on our ability to leverage the best and transcend the worst of our cultural heritages.

What is your heritage? How has it helped you in your career? What have you had to leave behind? Write and tell me.