Judy Estrin: Mother of the cloud 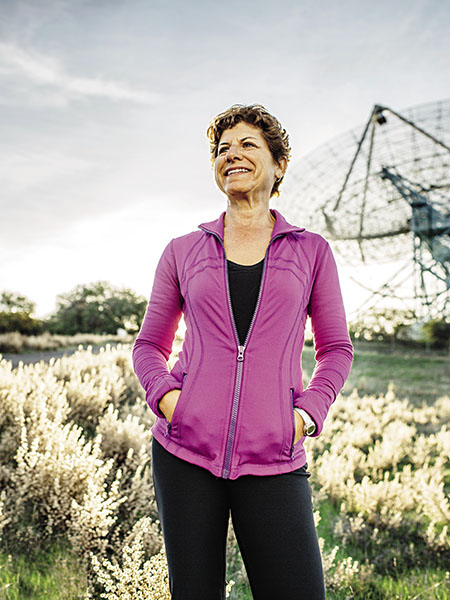 Q. What did you have in mind when you wrote your famous ‘Cloud vs Strings’ paper in 2000?
We were advocating for the new converged voice/data infrastructure to look more like the internet than traditional telephony. Today ‘cloud’ has an expanded definition. It means massive computational power available ‘in the cloud’—hat is, over the internet.

Q. How should CEOs think about cloud technology?
CEOs must think about the cloud. The cloud accelerates the adoption of new technology, which means it also accelerates business evolution. Your competitors are thinking about it. You can’t just delegate [cloud computing] to your tech people.

Q. Yet even today, most corporate boards ghettoise information technology to the audit committee. Is that a mistake?
Yes. Boards need to consider how technology drives strategic advantage. That’s how Fred Smith [founder and CEO] and FedEx saw it when I served on Fed­Ex’s board. But Fred was ahead of his time.

Q. Speaking of FedEx, you were its first woman director.
I was 36 when Fred asked me to join. It was hard at first. I was the only woman. I had built my career in Silicon Valley in a very different way, doing startups. I dealt with it by listening and finding ways where I could contribute. I built relationships.

Q. You served on FedEx’s board for 21 years—and on Disney’s for 15.
Disney was a very different company. Michael Eisner was the CEO. He and Disney had just gotten written up for being the worst board in America—too insular. My job was to help Disney understand the internet.

Q. When you were sitting on FedEx and Disney’s boards, how much time did you allocate to that work?
I probably spent more hours on Disney than on FedEx, partly because there was also more going on at Disney—the Comcast bid and the Eisner-to-[Bob] Iger succession. Board seats are not a full-time job, but you always have to be prepared and ready to jump in with both feet anytime.

Q. What advice do you have for people who want to join boards?
Every company is being impacted by the accelerating change of technology. Boardrooms are crying out for directors who not only understand technology but also understand how to navigate through change.

Q. Paradoxically, often the best thing a board can do, you’ve said, is slow things down.
Think of an athlete who may be agile, but you need a strong core. Companies need to be cross-trained. You can’t run after every change.

Q. All boards say they want more women. How should they recruit them?
You’ll end up with better board members if your approach is, yes, we’re interested in diversity. But we’re also interested in these types of capacities or domain expertise, or type of leader. You really want to find a great board member first and then work to have diversity.

Q. Silicon Valley, your home turf, is still pretty hostile to women on boards. What’s going on?
The recruitment pools are too small. Board members come from venture firms or they’re former CEOs. The resulting problem is not just the sexual harassment you read about. It’s an insularity that hurts agility and dynamism.

—Judy Estrin spoke with Rich Karlgaard, Forbes’s editor-at-large and global futurist. This interview has been edited. For the extended conversation, visit forbes.com/sites/richkarlgaard.

Tweets by @forbes_india
Can Ola ride the gravy train?
Thoughts on new beginnings