Rich Karlgaard: Cities are the future

The US government should think about where its cities, states and regions play in the global economy 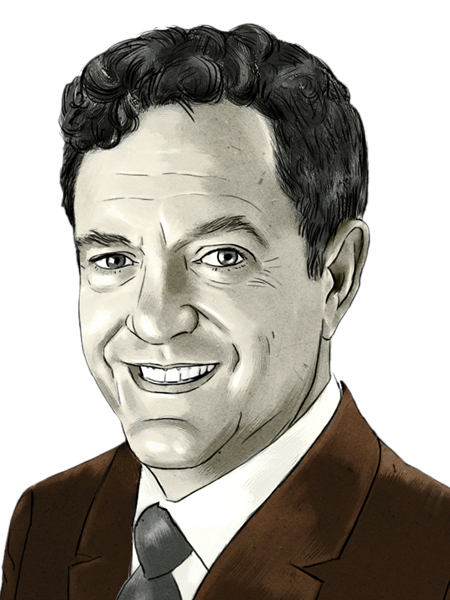 In mid-October, I spoke at a conference in Adelaide, Australia. The multi-day event was about economic change and growth. Every city in the world is asking these questions: Where do we play in a rapidly changing economy? What heritage should we carry forward? What habits must we toss aside? How do we evolve without wrecking what we have?

These are especially acute questions for medium-size cities like Adelaide, which are regionally prominent within their own countries but are tiny blips in the global economy. A state capital and coastal city of 1.3 million, Adelaide isn’t on par with Sydney or Melbourne, but in size and vibe it is with Austin, Texas, and Portland, Oregon.

But Adelaide has no globally recognised flagship, as Portland and Austin do with Nike and Dell, respectively. Adelaide is simply a lovely, livable city with a Mediterranean climate, well-designed streets and parks, ample universities and accessible health care. It’s an economic all-around city, with one foot in Australia’s agricultural and commodities heritage, the other stepping towards a technology future. Think Columbus, Ohio.

The 2016 elections were about a lot of things, but at the centre was where the US wants to play in the global economy. American cities and regions that thrive in a global economy voted for an Obama third term, ie, for Clinton. Ideological conservatives and libertarians who live and prosper in booming Silicon Valley and Seattle had the tough choice: Vote for a candidate who loathes business but happens to tolerate yours (Clinton) or for the guy generally more in favour of growth yet oddly hostile to technology companies and trade (Trump).

All Economies are Local—and Global
Here’s a thought. Politicians and voters should stop trying to figure out where the US as a whole plays in the global economy. They should think about where their cities, states and regions play. Houston isn’t the US economy any more than Atlanta, Pittsburgh or Palo Alto is. Houston is the Houston economy, which trades with the rest of the US and the world. The same goes for every city everywhere. A city’s job is to figure out where it competes relative to other cities in the state, nationally and around the globe. The job of the federal government is to not get in the way.

Trump’s slogan—Make America Great Again—was brilliant, certainly better than Clinton’s Stronger Together. But Trump utterly blew it on the fine points. The way to make America great again isn’t by throwing rocks at other countries that want to trade with us. Instead, you make America great by making it a magnet for talent, capital and risk-takers—in all industries. Then get out of the way. The greatness will take care of itself—city by city, region by region. Silicon Valley knows how to be great—and is allowed to be great. It’s not overregulated (mainly because it moves too fast for regulators). Detroit knows how to be great, too. But its products are tangible things, and even the dullest regulators can figure out what Detroit makes. Thus, Detroit has to negotiate regulatory and labour roadblocks every step of the way.

The federal government’s job should be to let Detroit be the best Detroit it can be and Silicon Valley the best Silicon Valley. Given a lack of federal barriers, cities and their entrepreneurs will figure things out just fine. The mild US recession in 1970 hit Seattle like a tsunami, crushing everything from timber to Boeing. Amid unemployment rates in the teens, families poured out of the city. A billboard asked: “Will the last person leaving Seattle—turn out the lights?” But Seattle healed just fine. Today, its metro area is home to Microsoft, Amazon and Starbucks. None of those companies existed in 1970.

Cambridge, England, was a sleepy town that had its nation’s second-best-known university. Oxford was tops, and Cambridge had a bit of a chip on its shoulder. But unlike Oxford, Cambridge allowed entrepreneurship to blossom in its environs. Acorn, a local PC maker in the 1980s, led to a processor spinoff called ARM. In the early 1990s, Apple picked ARM to make processors for its Newton handheld. Newton didn’t succeed, but ARM did. Today, it supplies chips for the iPhone.

Cambridge, with only 140,000 people, is now Europe’s hub for artificial intelligence and machine learning—ascendant industries. Cambridge has a glorious future. All it took on Cambridge’s part to make this happen was asking a simple question: What will it take for grads to stay here and start companies, the way Stanford’s grads start companies in Silicon Valley and MIT’s in Boston? That’s not central planning, that’s central cheerleading.