The unorganised market or small developers will have to shut shop: CEO and MD of ASK Group

Sunil Rohokale, the CEO and managing director of ASK Group, has built a successful real estate private equity business for his group. He discusses how demonetisation could affect the sector 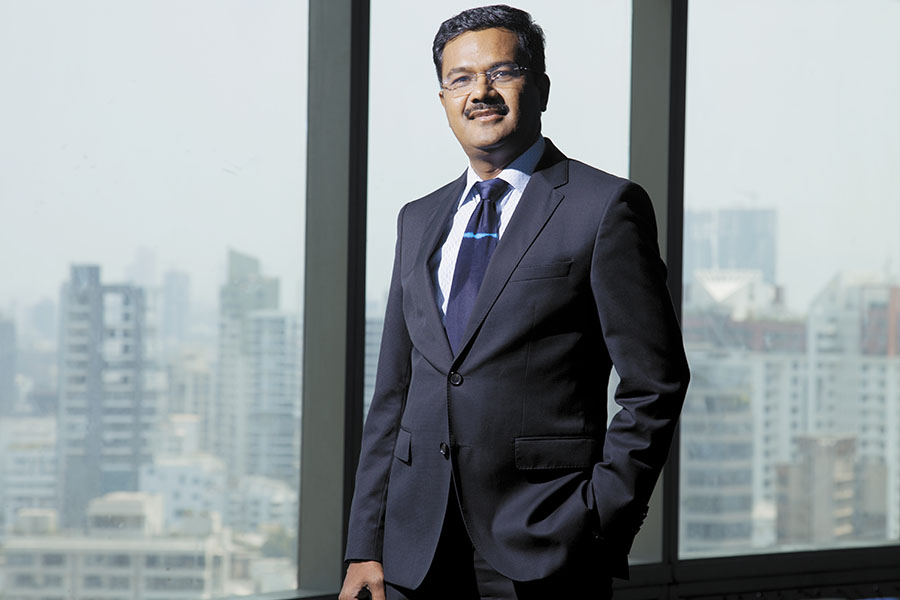 Sunil Rohokale, CEO and MD of ASK Group, says resale flats are the most impacted by demonetisation
Image: Joshua Navalkar

Q. The demonetisation drive that started is expected to have a huge impact on the real estate market. How do you look at the situation?
We need to understand that real estate is a heterogeneous sector where every city and every area within the city will demand a different price per square feet. Then, you have the quality of developers and brands that will ask for premium. There are different types of developers whose costs of construction are also different. In such a situation, the effect of demonetisation will be different in different areas. The effect it will have in a city like Ahmedabad will be totally different from that in Mumbai and Chennai. Now, let me just put it in another way. In South India, there are more people with stable jobs in the organised sector. Here, the chances of black money will be less. But in North India, people are self-employed and are more entrepreneurial. Here, the volume of black money will be higher.

Q. So, there is a chance that the real estate sector in North India will be affected more.
Yes. It looks like that. Look at NCR [National Capital Region]. You have Haryana, Uttar Pradesh, Bihar, Madhya Pradesh and Rajasthan buying real estate in this market. This is one area that has already seen a problem of over-supply, approvals were not on time, and the cost of construction has gone up. In an already weak market, the effects of demonetisation will be huge.

Q. Does the NCR market have no silver lining?
There is. We at ASK have found that developers with good execution capabilities do well for the primary buyers because they are able to construct in record time. We did a deal with ATS Infrastructure at a price of Rs 4,000 per square feet in the NCR market and doubling returns in three years. He sold the under-construction flats to other buyers at Rs 4,000 per square feet, the same [price] as he did to us. Over the next four years, the construction was complete and first-time buyers were able to sell the same flat at Rs 8,000 per square feet. Now, this happened in a market where people were losing money.

In fact, most of the other developers were not able to complete the projects but our developer did it without any problems. This was due to the execution capabilities of the developer. Today, he is reducing his cost of debt. And demonetisation will only help him. With the banks flush with funds and interest rates likely to go down, the cost of funds for quality developers will come down.

Q. So quality developers will benefit.
Let me put it this way: A developer in Mumbai’s Bandra, who has one building but is not part of the banking system, will be affected. He managed to grow on his own; nobody really lent him money from the formal system. He is funded by his brain, heart and relationship skills with certain investors. This developer will have a problem raising money from his investors as they come from the informal channel with a lot of black money. The banks will [also] hesitate to give him money for expansion. So, this developer might get into a joint venture with a branded developer and become a sleeping partner.

I personally feel that there is going to be consolidation in the industry where the unorganised market or small developers will have to shut shop. These developers will find it very difficult to follow the norms of the Real Estate Regulatory Authority. For example, they will have to provide interest to buyers in case the project is delayed. So, the business will have few players, low margins and a high return on equity. After this, the sector will continue to generate long-term returns as an asset class. We have seen a lot of mill owners who got into the real estate business because they had land. In future, that will not be the case. Only people who know the real estate business and have acquired expertise in this domain will be able to last.

Q. Which segments of buyers will be affected the most?
I think the Rs 50-75 lakh segment will be hurt the least. These are the houses purchased by people who live beyond the suburbs of Andheri [in Mumbai] and work in the organised sector. They are first-time buyers and will constantly create a demand. The husband and wife will contribute Rs 10 lakh and the balance Rs 40 lakh will come as a loan. Here there is no question of black money. People who live before Andheri, in general, are not sensitive to real estate prices. They have the money and are always upgrading and moving to costly places. They constitute 2 percent of the market. I think this market will be affected because there is a huge amount of black money involved in these transactions. So luxury apartment prices will see a fall.

Q. What about price correction in the secondary real estate market?
My sense is that resale flats are the most impacted by demonetisation. This is around 35 percent of the market. Second homes or holiday homes will be affected. New launches would also reduce.

Q. Overall, would you say you are happy with demonetisation?
Demonetisation is good but there are other things that are required. We need more people to register their flats and not get involved in black money situations. The stamp duty, which is part of the Goods and Services Tax, needs to be watched carefully. Over the years, Maharashtra has reduced its stamp duty from 18 to 5 percent. But that needs to happen in other states. The government needs to approve projects faster via the online route. This industry is not like any other where you take a one-time permission to set up a plant. Every project needs approvals and this needs to happen fast.

Tweets by @forbes_india
Differed with Ratan Tata on continuing with Nano: Nusli Wadia
Rich Karlgaard: Cities are the future