Differed with Ratan Tata on continuing with Nano: Nusli Wadia

The Bombay Dyeing chairman, in his letter to Tata Motors shareholders, said that it was only under Cyrus Mistry that the company chalked out a proper strategy to revive the passenger car business 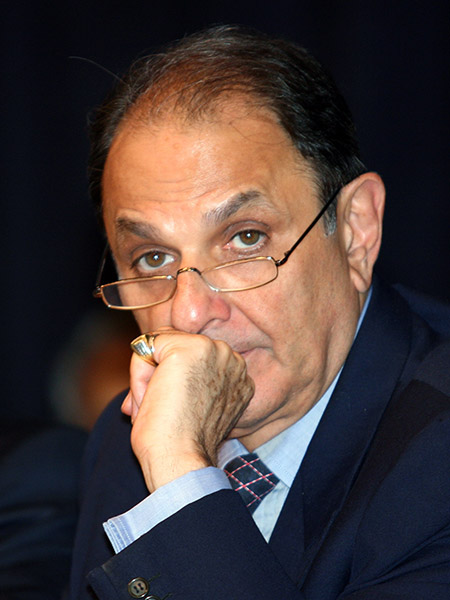 Image: Sameer Joshi / Fotocorp
Nusli Wadia, the 72-year-old chairman of Bombay Dyeing, who is being sought to be removed as an independent director from the boards of three listed Tata Group companies, has written to the shareholders of Tata Motors explaining his position on the matter.

Wadia’s letter to Tata Motors, of which he is an independent director, written on Wednesday, follows the same tenor as his letter to the shareowners of Tata Steel, written on December 12.

Where it differs from the letter written to Tata Steel shareholders is when Wadia speaks of the specific management decisions taken at Tata Motors under the chairmanship of Ratan Tata, with which he differed. Ratan Tata, 79, hung up his boots as chairman of Tata Sons, the salt-to-software conglomerate’s flagship holding company, in December 2012. Simultaneously he also stepped down as chairman of the various group operating companies, many of which are listed. Tata passed on the baton to Cyrus Mistry, 50, who led the group till October 24, 2016, when he was suddenly removed as Tata Sons chairman.

Mistry, the son of Pallonji Mistry – the patriarch of the Shapoorji Pallonji Group, whose family owns 18.4 percent in Tata Sons – has dug in his heels and refused to voluntarily step down as chairman of the operating companies, protest against the allegedly shabby treatment meted out to him, as well as what he alleges is arbitrary decision-making. Tata Sons has also trained its guns on Wadia, who was once Ratan Tata’s friends, since it believes that Wadia was instrumental is galvanizing support for Mistry among the independent directors of the companies, on whose board he serves. These companies include Tata Steel, Tata Motors and Tata Chemicals.

In his letter to Tata Motors shareholders, Wadia says that he differed with several management proposals during Ratan Tata’s chairmanship, which included continuing with the operations and funding the Tata Nano project. “The delay in the closure of Nano is a serious drain on the finances of the company…The investment and losses in Nano have been in thousands of crore rupees,” Wadia wrote.
Wadia further stated that it was only over the last two years, when Mistry was Tata Motors chairman, that a strategy had been evolved and presented for the first time recently to bring the company’s passenger vehicles business (which has been struggling for the past few years) to a level of “international professionalism in terms of design, product cost, quality and viability.”

The Bombay Dyeing chairman also questioned the rationale behind Tata Motors continuing to own stakes in some other listed and unlisted Tata Group companies, while it struggled with debt, and could monetize these holdings to pare debt.

Wadia also lashed out at Ratan Tata, who soon after taking over as interim chairman of Tata Sons on October 24, met with representatives of the workers unions at Tata Motors’ Pune facilities. After this meeting on November 10, the unions issued a statement expressing support for Ratan Tata and the decisions taken by him.

“These actions on the part of Mr. Tata ‘by galvanizing’ the union and ‘acting prejudicially against the interest of your company may put the company and its future in jeopardy and impact the overall morale of the workers, employees and management of Tata Motors,” Wadia said. Incidentally, allegations like ‘trying to galvanize support’ and ‘acting against the interest of the company’ were used by Tata Sons to justify its move to oust Wadia as an independent director of group companies.

Tweets by @forbes_india
TCS EGM: Mistry ousted from Tata Consultancy Services board
The unorganised market or small developers will have to shut shop: CEO and MD of ASK Group