'Being sought to be removed since I chose not to follow Tata diktat': Nusli Wadia

In a hard-hitting missive to shareholders of Tata Steel, Wadia points out several differences between Ratan Tata and himself, denies Tata Sons allegations against him, and questions past management decisions 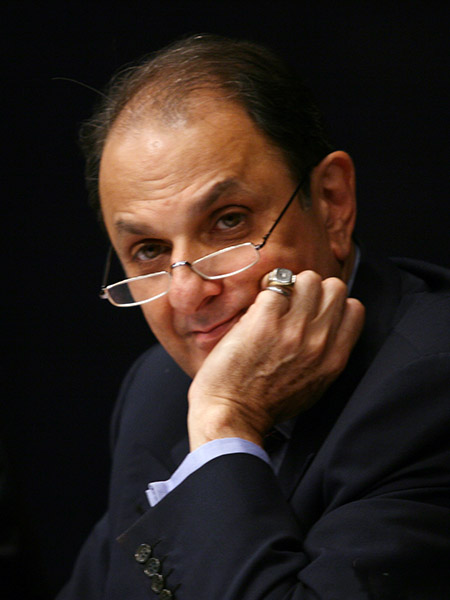 Wadia, 72, who was once considered close to Tata Group’s interim chairman Ratan Tata, faces a shareholder vote on December 21 at Tata Steel; on December 22 at Tata Motors and on December 23 at Tata Chemicals. Extraordinary general meetings (EGMs) of these companies have been called at the behest of Tata Sons, the flagship holding company of the $103 billion-conglomerate, to vote on the future of Wadia’s directorship of this companies, as also Cyrus Mistry’s directorship and chairmanship of these firms.

Mistry, 50, was ousted as Tata Sons chairman on October 24 and replaced with 79-year-old Ratan Tata, who was Mistry’s predecessor. Mistry is the son of Pallonji Mistry, patriarch of the Shapoorji Pallonji Group, whose family owns 18.4 percent of Tata Sons. A power struggle characterized by an ugly war of words has broken out in Bombay House, the headquarters of the salt-to-software group in Mumbai, with Mistry digging in his heels and refusing to relinquish his chairmanship of group operating companies without a fight.

Wadia, who is the veteran of several feisty corporate battles, came into the picture when the IDs of Tata Chemicals, including himself, unanimously affirmed faith in Mistry’s leadership. Tata Sons, and the Tata Trusts that control 66 percent of the former, read this as a deliberate ploy by Wadia to “act in concert” with Mistry; and alleged that Wadia was acting against the Tata Group and trying to mobilise support for the ousted group chairman among IDs of group companies.

Through several correspondences exchanged over the last few weeks, Wadia has claimed that Tata Sons’ move to remove him as a director on the board of operating companies was unjustified and the reasons cited for the same were untrue and defamatory.

In Wadia’s December 12 letter, he points out that he was invited to join Tata Steel almost four decades back by JRD Tata (who was Tata Group chairman before Ratan Tata), whom Wadia called his “mentor and godfather.”

“The most important value that he taught me was when you enter a boardroom, you leave your shares at the door, irrespective of whom you represent. If any member of the Board disagreed with JRD he not only respected it but appreciated it. He never expected anyone to toe his or ‘the Tata line.’ He never admonished anyone for being independent,” Wadia said. “It is both sad and unfortunate that Tata Sons and its interim chairman Ratan Tata are not only not practicing this tradition but effectively destroying it.”

Wadia contended that Tata Sons’ allegation of him acting in concert with Mistry was false and that he was only trying to discharge his fiduciary duties as an ID of Tata Steel. Responding to the allegation of him acting against the interest of the Tata Group, Wadia said that he doesn’t serve the Tata Group in any capacity and isn’t “required to act in their interest.” His only responsibility was to act in the best interest of the companies on whose boards he serves, he said.

Wadia also rubbished claims of him trying to galvanise support in favour of Mistry among other IDs. “I am sure that my independent director colleagues are equally independent minded enough not to be galvanised by anybody, least of all, their peers,” Wadia observed. He further added that while other IDs of companies Iike Indian Hotels Co. Ltd (IHCL), Tata Chemicals and Tat Motors also participated in backing Mistry, none of them have been sought to be removed by Tata Sons, other than Wadia.

While, differences of opinion over Wadia and Tata have been speculated on over the last few days, Wadia put the issue to bed by coming on record publicly – for the first time – on what these differences were, at least as far as Tata Steel was concerned.

“Over the years I have, as an independent director, expressed my views and differed with several proposals during the time of Mr. Tata’s chairmanship,” Wadia said.

These proposals included development of real estate on a parcels of land owned by Tata Steel in Borivali, Mumbai and Gopalpur, Odisha, through a joint venture with Tata Realty; the acquisition of Corus (later renamed Tata Steel Europe); and allocating further financial resources to Tata Steel Europe (TSE) after 2012, since these incremental investments weren’t yielding results.

Wadia said that approximately Rs25,000 crore of incremental capital was allocated towards TSE 2012 onwards. These funds, Wadia contends, could have been more gainfully utilized to grow operations and expand in India – either through an acquisition or the creation of a third greenfield steel plant.

He also pointed towards the fact that while Tata Steel remained highly leveraged, it continued to hold listed and unlisted securities of Tata Group companies, worth approximately Rs14,000 crore. Wadia says it is for the shareholders of Tata Steel to decide whether it isn’t better for their company to liquidate these investments and utilize the proceeds to repay debt and save on annual interest outgo, thereby boosting profitability.

Wadia also said that he believed that Ratan Tata, NA Soonawala and the board of Tata Sons had sought access to information and documents of Tata Steel, Tata Motors and other Tata companies, which according to him, could invite scrutiny with respect to conformity to insider trading regulations.

“My independent stand has aggravated Tata Sons and my removal is being sought because I chose not to follow their diktat. My fiduciary duty is to you and not to an unidentified Tata Group,” Wadia said.

Tweets by @forbes_india
Demonetisation gives a boost to banks, fintech companies
How the Bangurs of Shree Cement salvaged a legacy