Obama and Xi: Leaders of a Turbulent World 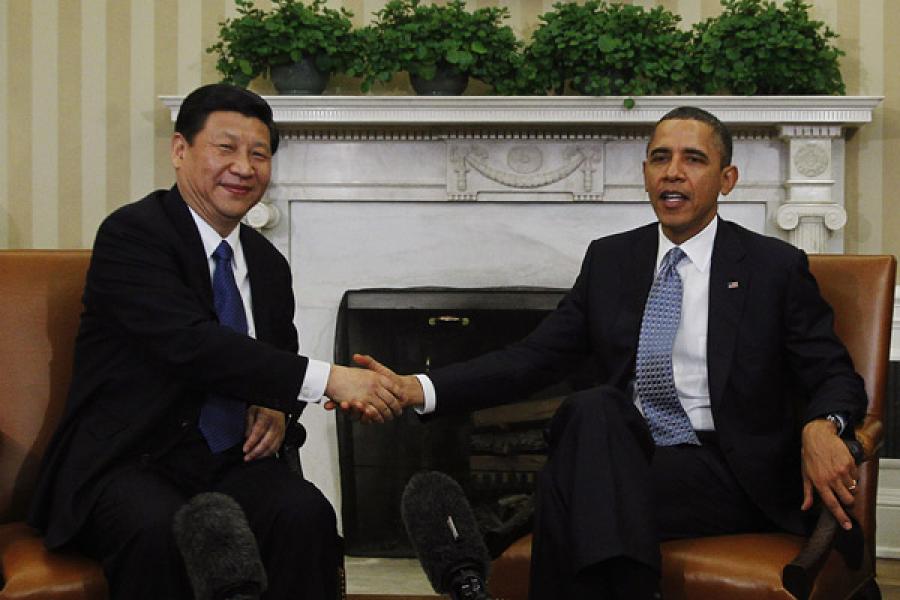 My wife is a great admirer of astrologer Susan Miller who, she believes, has an uncanny grasp of planetary wobbles and their effects on matters terrestrial. Miller, who has a huge global following, predicted in the November edition of her popular monthly forecasts that the US elections could go down to the wire; perhaps even to the Supreme Court of the United States. Other analysts, who deal exclusively with earthly affairs such as politics, had also anticipated such a denouement.

In the end, American voters, with feet planted firmly on the ground, gave Barack Obama a decisive mandate for a second term in the White House. His extended term in the Oval Office, however, is likely to be tougher than the first one. Soon after the elections his chief spook quit for having had an affair with a woman who was not his wife. Foreign spy adventures are likely to reduce as Obama has said that he does not want to engage in wars. So he could afford to lose David Patraeus and his extensive experience of Iraq and Afghanistan but that is not where Captain America is needed now.

The President is expected to come up with one of those Ethan Hawke stunts in Mission Impossible to save the US economy which is now increasingly being seen as hurtling towards a fiscal cliff. Only, here he has to use all his political skills to get enough Republicans to vote for a new tax regime before the year ends. The cliff rises up towards the end of the year when Bush era tax cuts expire.

At his first press conference after the elections on November 14, Obama said that he was committed to keeping taxes low for 98 per cent of Americans and raise them for the wealthy rest. He reiterated his campaign promise to support small businesses and middle class Americans who help create jobs in the country, unlike the big guys who ship jobs abroad. Obama said he wants to shape an agenda to ``create jobs, advance growth, and make a serious dent in climate change and be an international leader’’. Nobody knows how.

Meanwhile, half way across the globe on the same day that Obama held his press conference, another giant was going through a transition that would have a bearing on not only that country’s future but also on the world as a whole.

At the 18th party Congress, Chinese leader Hu Jintao handed over the reins of the Communist Party of China to his successor Xi Jinping, a man who studied Marxist theory in college and is perhaps the first leader of that country to have a famous singer as wife. Xi is expected take over from Hu Jintao as China’s President in March.

Unlike American Presidents, Chinese leaders are rarely eloquent about their intentions and policy preferences, but those who have watched the country for a long time say that the new leadership would continue with the `go-out’ policy articulated during the 17th party congress. ``Officially, China is focused on domestic issues but its recent acquisitions in Europe, investments in Canada and Puerto Rico show that it is continuing with that (go-out) policy,’’ says Srikanth Kondapalli, professor in Chinese Studies at Jawaharlal Nehru University.

``Senkoku Islands [China and Japan claim ownership of these unpopulated rocky islands in the Pacific] show that it is not preoccupied with domestic issues alone,’’ says Kondapalli.

Just as US faces some of its toughest issues within its boundaries, China too is faced with labour unrest, growing corruption, a widening wealth gap and a slowing economy. It is losing its competitive edge as a cheap manufacturing destination.

International analysts believe that China will not be able to continue with authoritarian decision-making. Kondapalli says that though the Chinese Communist Party is more broad-based and its internal control mechanisms are more sophisticated, about 60 per cent of the central government’s directives are not abided by the provinces. It means national level economic decision-making may be held hostage by provincial powers.

Internationally, the US-China relationship is likely to be the most crucial for many critical issues facing the world. While Mitt Romney becoming president would have been disastrous for this relationship as he had vowed to designate China a currency manipulator on his first day in office, Obama is no softie on China either. When he articulated the Asia `pivot’ policy last year it was clear that he was reinforcing the rebalancing strategy to contain China. That policy is likely to continue. He has begun with a visit to South Asia, including China's neighbour Myanmar, where he is likely to push for democratization of that resource-rich country.

Like all Chinese leaders Xi Jinping has been measured in what he says. But he had a rare outburst in Mexico in 2009 when he seemed to target the US. “There are some bored foreigners with full stomachs, who have nothing better to do than try to point fingers at our country,” Xi said.

The new Chinese leadership will take some time to settle as much of the Polit Bureau as well as the central committee have new members. The fifth generation leaders are likely to take a couple of years to settle into their new roles. But there is no doubt that Barack Obama and Xi Jinping will be presiding over some of the most critical years in the planet’s history.