Can you become immune to the Coronavirus?

It's likely you can, at least for some period of time. That is opening new opportunities for testing and treatment 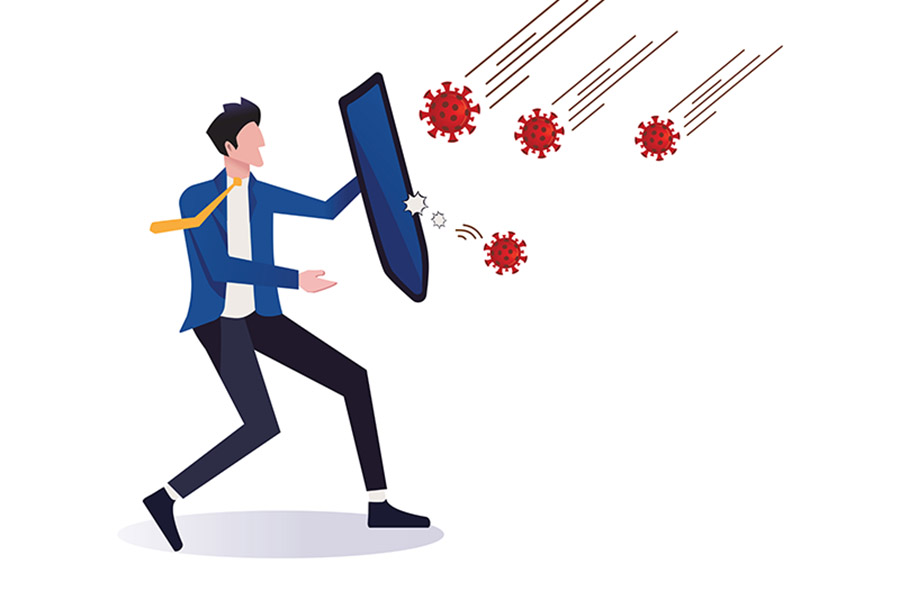 
As the number of people infected with the coronavirus surpasses 450,000 worldwide, and more than 1 billion are locked in their homes, scientists are wrestling with one of the most pressing questions of the pandemic: Do people who survive the infection become immune to the virus? The answer is a qualified yes, with some significant unknowns. That’s important for several reasons. People who are confirmed to be immune could venture from their homes and help shore up the workforce until a vaccine becomes available, for example. In particular, health care workers who are known to be immune could continue to care for the severely ill. Growing immunity in the community also is the way the epidemic ends: With fewer and fewer people to infect, the coronavirus will lose its toehold and even the most vulnerable citizens become more insulated from the threat. Immunity may also bring an early treatment. Antibodies gathered from the bodies of those who have recovered may be used to aid those struggling with the illness caused by the coronavirus, called COVID-19. On Tuesday, the Food and Drug Administration approved the use of plasma from recovered patients to treat some severe cases. A day earlier, Gov. Andrew Cuomo announced that New York would become the first state to begin testing serum from people who have recovered from COVID-19 to treat those who are seriously ill. “It’s a trial for people who are in serious condition, but the New York State Department of Health has been working on this with some of New York’s best health care agencies, and we think it shows promise,” Cuomo said. The body’s first line of defense against an infectious virus is an antibody called immunoglobulin M, whose job is to stay vigilant in the body and alert the rest of the immune system to intruders like viruses and bacteria. Days into an infection, the immune system refines this antibody into a second type, called immunoglobulin G, exquisitely designed to recognize and neutralize a specific virus. The refinement may take as long as a week; both the process and the potency of the final antibodies can vary. Some people make powerful neutralizing antibodies to an infection, while others mount a milder response. The antibodies generated in response to infection with some viruses — polio or measles, for example — bestow a lifetime of immunity. But antibodies to the coronaviruses that cause the common cold persist for just one to three years — and that may be true of their new cousin as well. A study in macaques infected with the new coronavirus suggested that once infected, the monkeys produce neutralizing antibodies and resist further infection. But it is unclear how long the monkeys, or people infected with the virus, will remain immune. Still, even if antibody protection were short-lasting and people became reinfected, the second bout with the coronavirus would likely be much milder than the first, said Florian Krammer, a microbiologist at the Icahn School of Medicine at Mount Sinai in New York. Even after the body stops producing neutralizing antibodies, a subset of immune memory cells can reactivate a response effectively, he noted. “You probably would make a good immune response before you even become symptomatic again and might really blunt the course of the disease,” Krammer said. A crucial question is whether children and adults who have only mild symptoms still generate a strong enough response to remain immune to the virus until a vaccine is available. Dr. Marion Koopmans, a virologist at Erasmus University in Rotterdam, and her team have screened antibody responses in 15 infected patients and health care workers. The researchers are also using banked blood samples from about 100 people who were known to be infected with one of four coronaviruses known to cause the common cold. If those samples show some immune response to the new coronavirus, too, Koopmans said, it might explain why some people — children, for example — have only mild symptoms. They may have antibodies to related coronaviruses that are at last somewhat effective against the new one. The quickest way to assess immunity is a blood test that looks for protective antibodies in the blood of people who have recovered. But first you have to have the test. Antibody tests are used in Singapore, China and a handful of other countries. But they are just coming to market in much of the West. Last week, Krammer and his colleagues developed one such antibody test that could be scaled up in “days to weeks,” he said. The team validated the test in blood plasma taken from three patients with COVID-19. The researchers are seeking speedy approval from the FDA.

Tweets by @forbes_india
Lenovo gets an upgrade
Podcast: How India can reclaim its lost economic glory