A steroid that's commonly available, dexamethasone is the first drug shown to help save severely ill coronavirus patients, according to scientists in Britain 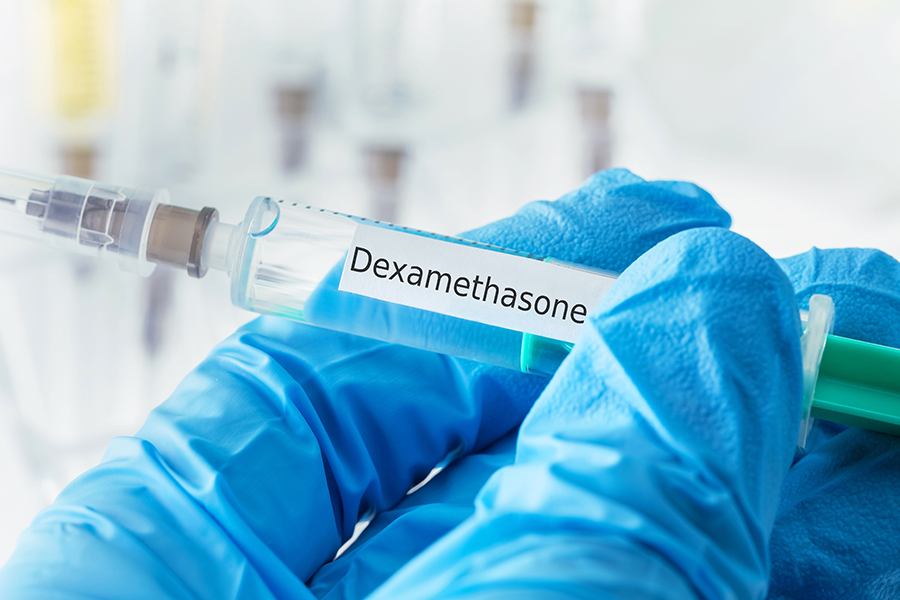 LONDON — In a hopeful sign of progress amid an expanding pandemic, scientists at the University of Oxford said on Tuesday that an inexpensive and commonly available drug reduced deaths in patients with severe COVID-19, the illness caused by the coronavirus. If the finding is borne out, the drug, a steroid called dexamethasone, would be the first treatment shown to reduce mortality in the sickest patients. Had doctors been using the drug to treat the sickest COVID-19 patients in Britain from the beginning of the pandemic, up to 5,000 deaths could have been prevented, the researchers estimated. In severe cases, the virus directly attacks cells lining the patient’s airways and lungs. But the infection also can prompt an overwhelming immune reaction that is just as harmful. Three-quarters of hospitalized COVID-19 patients receive some form of oxygen. The drug appears to reduce inflammation caused by the immune system, protecting the tissues. In the study, dexamethasone reduced deaths of patients on ventilators by one-third, and deaths of patients on oxygen by one-fifth. Until now, hospitals worldwide have had nothing to offer these desperate, dying patients, and the prospect of a lifesaving treatment close at hand was met with something like elation by doctors. “Assuming that when it goes through peer review it stands — and these are well-established researchers — it’s a huge breakthrough, a major breakthrough,” said Dr. Sam Parnia, a pulmonologist and associate professor of medicine at the Grossman School of Medicine at New York University. But the report also comes on the heels of a series of blunders and retractions in the scientific literature. While hospitals in the United Kingdom were able to begin treating severely ill COVID-19 patients with dexamethasone Tuesday, many experts in the United States demanded to see the data and the study itself, which have not yet been peer reviewed or published. “It will be great news if dexamethasone, a cheap steroid, really does cut deaths by 1/3 in ventilated patients with COVID19,” Dr. Atul Gawande wrote on Twitter, “but after all the retractions and walk backs, it is unacceptable to tout study results by press release without releasing the paper.”

Tweets by @forbes_india
EXPLAINED: What's happening at the India-China border?
Anirudh Sethi: This is the right time to accumulate stocks