'I am here to win hearts, not for politics': Sonu Sood 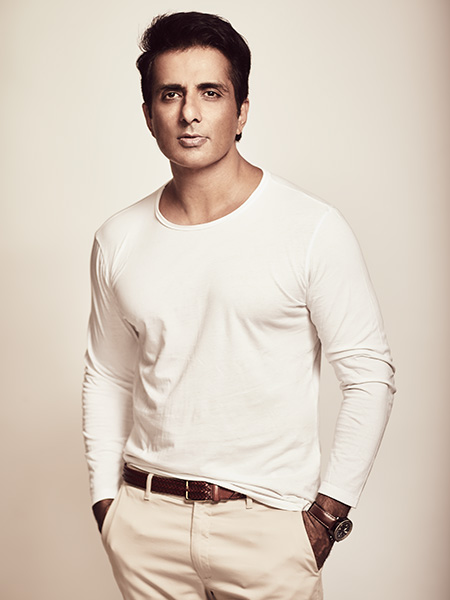 It is an overcast evening in August and even as he speaks to Forbes India, actor Sonu Sood can see about 20 migrants from Andhra Pradesh, Odisha, Karnataka and Assam standing outside his Mumbai residence. The actor has become a symbol of hope for the poor who want to return home ever since he started sending them back to their villages during the lockdowns at his own expense. Moved by the visuals of labourers walking thousands of kilometres in the absence of public transport, the 47-year-old decided to take on the responsibility. While the Centre and states were criticised for their inaction, Sood continues to get accolades for his work, which has now gone beyond borders. He, however, feels he’s only doing his job. “I believe I came to the city just to play this role,” he says. Edited excerpts from an interview:
Q. You’ve emerged as a messiah for migrants since the lockdowns. How did it all start? The visuals of migrants walking on the roads—heading back to their homes—disturbed everyone. I was on the road, distributing food to them at that time. I spoke to a few migrants and asked them if I could send them back to their villages. They said it was not possible and requested me to just pack food for 10 days. Somehow I convinced them and spoke to a lot of authorities at different levels. I told myself that this is doable and I can make it happen. Within days, I got the first set of permissions to send 350 people to Karnataka. After they left, I pledged to help all migrants across the country—from Jammu & Kashmir to Kanyakumari. Over a span of 100 days, I helped more than 150,000 people return home. Currently, I am involved in the international evacuation of 12,500 people. Q. When did you realise that the problem needed immediate intervention? On the very first day. When I saw these people walking on the highways, I said this is not right. It’s going to lead to something serious. I thought it’s better to start as soon as possible… and in less than a week, word spread across the country. As migrants took shelter at dhabas and petrol pumps, I asked the owners to provide them with food. I said I will send money if needed, but don’t let them go till I make travel arrangements for them. I got in touch with various authorities in different states, and created a roadmap to send them back. There has been no looking back since then. 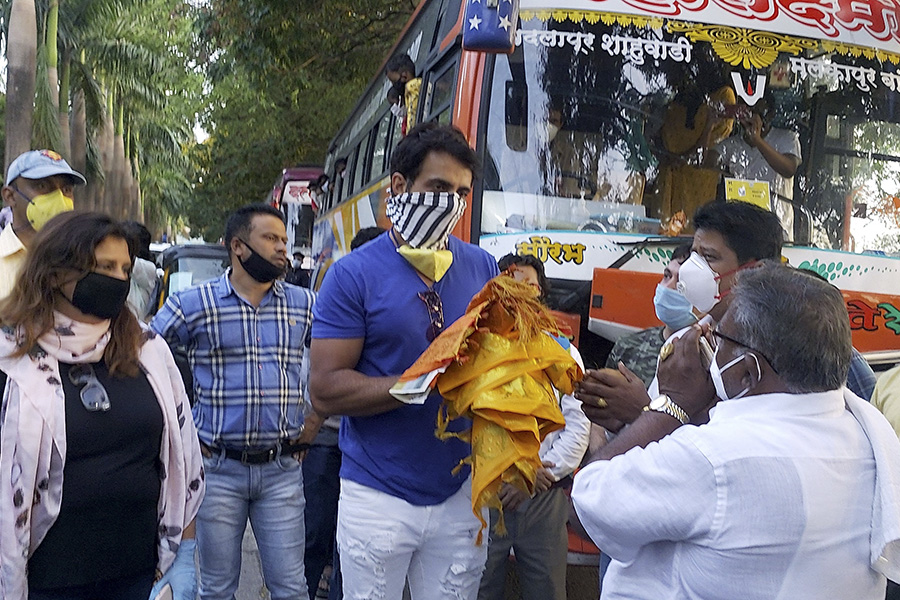 This is the best ever feeling in real life. I tell all my friends to do something good for others. If we can bring a small change in someone’s life, it can make a lot of difference. I recently made an appeal to everyone to adopt a patient in any hospital or at least pay their medical bills. Imagine people who are in a position to do that doing it… imagine the change. If every doctor pledged that they will do one surgery free of cost, think of the impact. That is my thought... of bringing a ripple effect of change, a revolution. People should know what humanity is. There should be one chapter, one period, on humanity in every school, from nursery to the board exams. 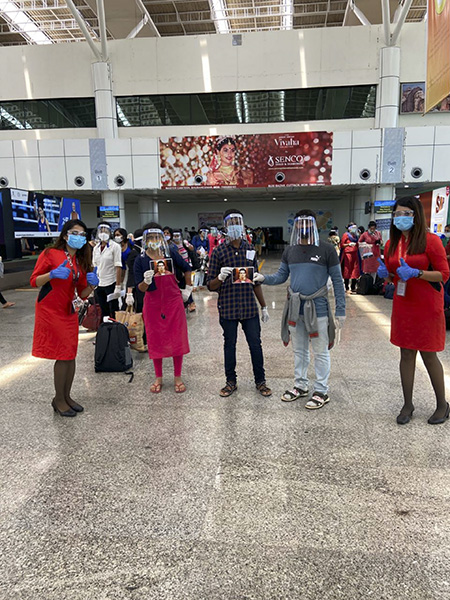 In May, the actor organised a flight from Kerala to Bhubaneswar to help workers get home

Q. What has your experience with the disadvantaged taught you? It has taught me that everyone needs a helping hand, no matter how well placed you are in life. Sometimes I wake up in the middle of the night and check my Twitter to see if there is an emergency. When a person messages you, he or she expects you to save a life. When such expectations are there, you need to deliver. God has given me an opportunity to do this and He has also given me the responsibility to deliver. Q. You are coming out with a book on this… The book will tell about my journey during these times. It will connect me to those who were saved and transported. My mother used to tell me that you should write about anything good that you do. I didn’t do it then but since she left [his mother passed away in 2007], I have been writing regularly. A book will stay forever… when people will want to read about what happened during Covid-19, it will educate them about the crisis. Q. You’ve also launched the Pravasi Rojgar app to help migrants get jobs… That will be massive. We have already shortlisted 30,000 candidates and interviews will happen soon. When you ensure a job for an individual, you save four to five lives in a family. The job scenario was majorly impacted during the pandemic. This was the need of the hour, and I was dead sure I had to do it. The jobs will be for migrants, for grey- and blue-collar workers. Q. Will you continue doing this in the future too? All my life. I can’t stop at this. It’s growing every day. Q. Will this help you professionally? I haven’t thought about it. When you plan things, they don’t happen. God has his own plans. You can’t design the way your life is going to move. The biggest director is sitting up there. He knows what role you have to play, when. Q. What’s happening with films? I am shooting for Prithviraj and doing another movie in the South with Chiranjeevi. The PV Sindhu biopic is also on track… we were supposed to announce it in a big way, but then the lockdowns happened. Q. Theatres are still shut. What’s your take on digital releases? Digital is a great platform for many actors… artistes are getting a lot of good work and exposure. But yes, theatres have to open… that’s a big market. It will take some time for people to come back, but everyone wants to get back on track. Life has to move on. Q. Actor Sushant Singh Rajput’s demise is one of the biggest tragedies in recent times. Were you close to him, and how has his death impacted you? I knew him… he wasn’t a close friend, but we used to work out together sometimes. He was a nice guy, very focussed. It’s always good to see an outsider doing well. An incident like this shatters a lot of hearts and the confidence of families to send their loved ones to Mumbai, especially the film industry. I always say that if you want to come to the industry, have nerves of steel. Be patient and perseverant, stay focussed and keep communicating with your family. If things happen, good… if not, you can always go back and start something new. Don’t depend on this industry. Q. What are the struggles of outsiders in the film industry? Can they fit in? You need to make your own place here… there is no place to fit in because there is no space left. The insider-outsider debate is endless… tomorrow if my son wants to get in, he will be an insider. It’s not something we need to complain about… a director’s son will get an easy launch compared to an outsider. It’s not new. If an outsider comes to Mumbai, he knows that it’s a tough journey and has to come prepared. If an outsider achieves some status, people appreciate him more. You’ve got to set an example and follow your goals. Q. You came to Mumbai from Moga, Punjab, with no godfather. What are the struggles you faced? There is no one to guide you. You do a wrong film and no one will approach you after that. But if you have connections, you’ll get another film… they’ll teach you, tell you what to do. You can’t deny them those privileges. They are born with it, blessed with it. Q. Does your struggle continue? The struggle will continue, only the goals keep changing. God always keeps the carrot hanging. Q. Both your work with migrants and the pressure to have an impartial investigation into Rajput’s death have highlighted the power of social media. Yes, of course. The reach is immense. Someone sitting in Chittoor without oxen gets a tractor overnight, an orphan gets a house, and a person selling vegetables is offered a job in no time. This is the power of social media. The only thing is how you use it. You’ve got to use it responsibly.

Tweets by @forbesindia
Ten interesting things we read this week
News by Numbers: What Ganesh Chaturthi celebrations look like during Covid-19