Roughly 480,000 children have opted to start the school year remote-only, an indication of how wary many New Yorkers are of sending their children back to classrooms in a city that fears a second wave of the coronavirus

By Eliza Shapiro and Mihir Zaveri 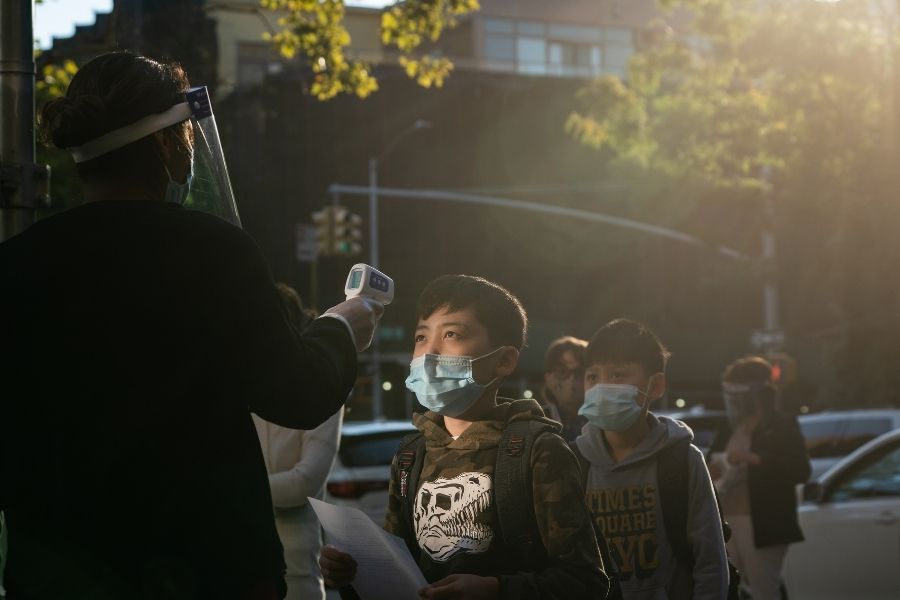 Students had their temperatures checked as they arrived for sixth grade in Queens on Thursday, Oct. 1, 2020. New York City completed the reopening of all its public schools Thursday morning, a major step in its recovery from having been the global epicenter of the pandemic and a hopeful sign for the country’s unsteady effort to return children to classrooms. (Todd Heisler/The New York Times)