Game off in China

Beijing is balking, and developers big and small are pinched in one of China's premier sectors 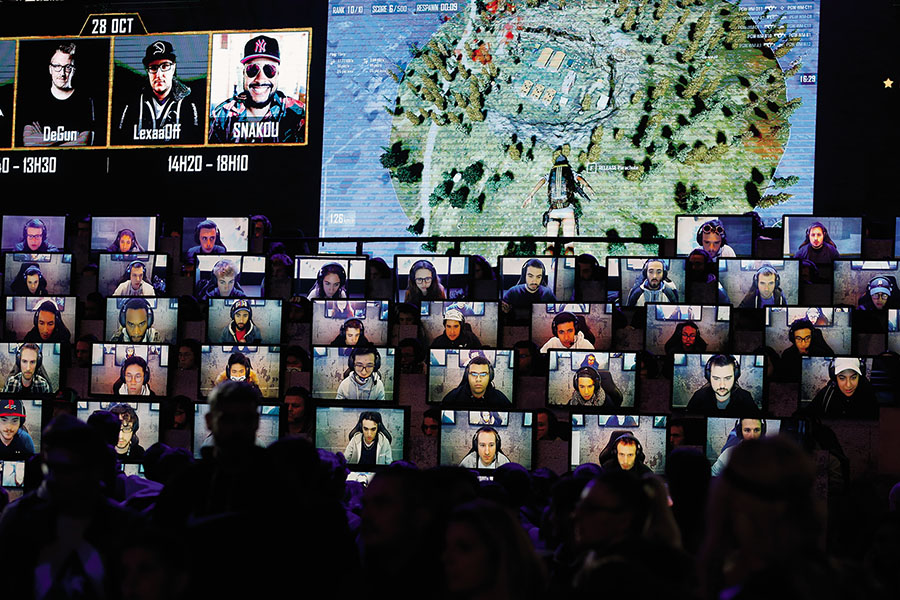 The future is uncertain for PlayerUnknown’s Battlegrounds, a game that has been criticised for being too violent

Jim Lee is a veteran in China’s video game industry. The 40-year-old entrepreneur once worked for America’s Electronic Arts as general manager of its China division. In 2014 he gave up this well-paid job to launch his own gaming studio in Beijing. And as the country’s online games market took off, Lee’s company scaled up rapidly, with revenues growing by 100 percent in 2017.

But after China suspended giving out operating licenses to potential and some existing games in March, his business was suddenly in disarray. “It has been really, really hard for us,” says Lee of his Elevation Point Entertainment. “Our products are delayed because we can’t get licenses. We are now trying to adapt some titles into streaming video to find a new growth point.”

China, with a most opaque regulatory system, halted games approval in the name of reorganising two government departments responsible for the process. But analysts say Beijing’s real intention is reducing the money and time spent on online games. Authorities are drafting much harsher regulatory measures, as they blame the video game industry—China’s is the world’s largest, expected to generate $38 billion in domestic sales by year-end—for fomenting a wide range of social ills. “From the government side, there have been concerns about how games influence people,” says Tom Wijman, senior market analyst at consultancy Newzoo.

Now, amid the unprecedented wait, smaller studios like Lee’s are frantically searching for a way out, and midtier developers are laying off employees to cover for lost profit, while larger firms from Tencent to NetEase have shed hundreds of billions of dollars in market value amid warnings of much slower growth.

Tencent, once regarded as a national tech champion, is now in hot water. State media have singled out its flagship Honor of Kings mobile game for fueling online addiction among minors, prompting the company to introduce identity checks and playtime curbs that limit underage players to 2 hours a day. In August, authorities also announced their intention to curtail the total number of online games as part of a national plan to tackle growing rates of myopia associated with screen overuse. Beijing hasn’t explained how the limits would work, but analysts say the number of circulating titles could eventually be reduced by half. Currently, as many as 7,000 games have been backlogged for regulatory review, according to Cui Chenyu, an analyst at research firm IHS Markit.

“Even after China resumes approvals, the process would be slow and not many games can receive licenses,” Cui says. Some of Tencent’s most popular games are being held up. It can’t obtain approvals to make money from two mobile versions of the PlayerUnknown’s Battlegrounds (PUBG) battle royale game, which is estimated to have attracted 160 million active players in China, or to bring the desktop version of the Fortnite game into China. PUBG, which has also been criticised for being too bloody and violent, faces a particularly cloudy outlook.

This is because Tencent licenses the title from South Korean developer Bluehole for distribution in China. Beijing is still blocking cultural imports over Seoul’s decision to host the US-developed Thaad missile-defense system. Thaad can potentially reach into Chinese territory, presenting a military risk.
Amid this hostile environment, PUBG may not receive the needed licenses even by end of 2019, says Charlie Chai, an analyst at Shanghai firm 86 Research. Currently, it is free to play but needs approvals to start charging players for in-app purchases. The loss of potential revenues has sent growth at Tencent’s smartphone game business to a record low of 7 percent in the third quarter, spooking investors and wiping out $110 billion in market value this year.

Gaming represents about half of Tencent’s overall Web take, and the company is further enhancing its anti-addiction system by requiring, in late November, some players to go through facial recognition checks before logging into Honor of Kings. But Tencent is also pushing ahead with game development abroad, such as signing a distribution partnership with Singapore’s Sea and launching mobile versions of the PUBG game in the US. Meanwhile, it is wringing additional revenue streams from newer business lines like streaming video and cloud computing, though heavy investments in these areas are expected to suppress the company’s once lucrative margins.

Risks are also building up for Chinese Web rival NetEase, which is even more game-centric. In November the company signed an agreement with American developer Blizzard Entertainment to make mobile versions of the popular Diablo desktop franchise. But if China doesn’t resume games approvals, it would be a “massive issue” for both companies because the mobile titles are designed for the China market in the first place, according to Newzoo’s Wijman. So far this year, NetEase has shed 32 percent of its market value. To make up for shortfalls, the company has been pushing its ecommerce business and is also launching more games in overseas markets. In the third quarter, it generated 10 percent of its games revenues from outside China, thanks largely to the recent success of its Knives Out battle game in Japan.

For all the challenges, Tencent and NetEase are weathering the storm much better than smaller firms. Companies that are hardest hit include developers of card and poker games. This year, state media has exposed massive gambling schemes that it says were linked to Hong Kong-listed game developers Ourgame and Boyaa Interactive. Boyaa didn’t respond to repeated requests for comment. In a May 11 filing, Ourgame said six employees of its poker gaming unit had been detained by police and subject to prosecution for “utilising the company’s games platform to engage in personal activities contrary to the gambling laws of the PRC”. In a separate emailed statement, an Ourgame spokesperson said the company had no further comment on the matter.

Amid this challenging environment, Boyaa has reduced its workforce by almost 30 percent this year, according to its online filings. Meanwhile, Ourgame has laid off 40 percent of its employees. The company has experienced a “substantial downturn on revenue and profitability” in the first half of 2018, a recent regulatory filing shows. In another emailed statement, the aforementioned spokesperson confirmed that the layoff “was related to the current regulatory environment”.

The negative impact has spread to startup finance. Song, a young entrepreneur who only agreed to give his last name, runs a Shenzhen software company that develops additional gaming formats to enhance existing titles. So far, revenues have slid by one third, with fewer and fewer projects to work on, he says. Hu Bin, a partner at Chinese investment firm Qiming Venture Partners, says he is getting cautious and invests less in the gaming sector. “We now have higher requirements on a team’s sustainability,” he says. “We are only looking at companies with truly innovative games.”

Still, this is an adventuresome field. “I am sure people can figure out a way,” says Elevation Point Entertainment’s Lee. “The entire industry won’t just be killed. It is a winter time for us, and companies will [adapt] their best to survive.”

Tweets by @forbesindia
Modi-Meter: How far did the NDA government deliver on its promises?
4 reasons why hiring veterans makes good business sense