They're trained to be trainable and can take criticism. Is your company overlooking these talented candidates? 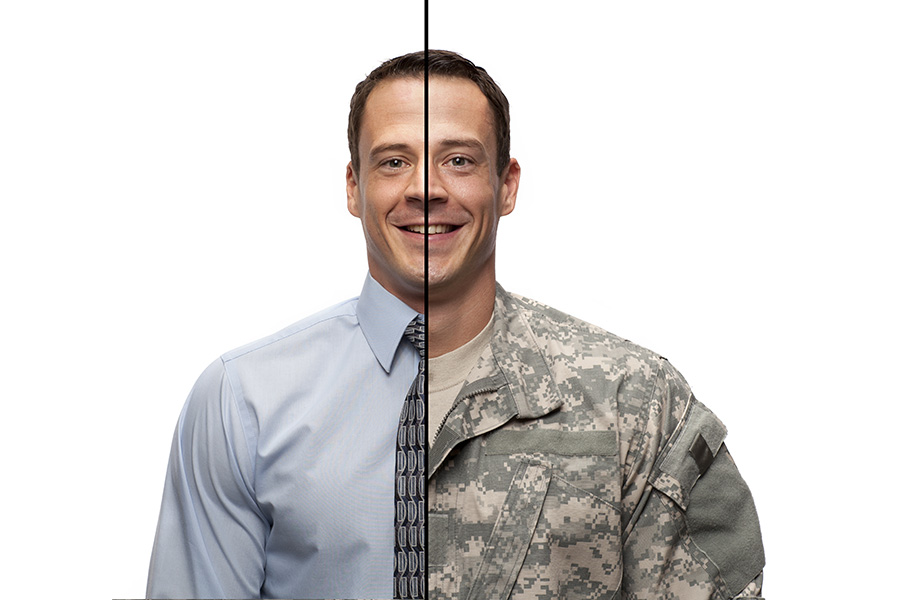 With nearly 1.3 million active-duty troops, and another 865,000 in armed forces reserves, the United States boasts one the largest military forces on the planet. That fighting force, however, makes up less than 0.5 percent of the American population.

Because of that, many Americans outside of the military have little exposure to the skills and experiences veterans acquire during their years of service, says Col. Dan Friend, the current U.S. Army Chief of Staff Senior Fellow at the Kellogg School of Management. And that lack of exposure can become a challenge as veterans look to enter the workforce after their military service, and as prospective employers look to hire talent.

The challenge is awareness, since much of the population is not routinely exposed to the military, Friend says. Because of this gap between the military and the citizens they serve, common perceptions of military service are often distorted—especially when those perceptions are often formed through portrayals of service members in movies or on the news.

Friend wants to do his part to change such misconceptions, because in his view, service members and veterans could benefit—but so could companies that may be underutilizing a skilled and loyal talent pool. Drawing from more than 26 years in the service, Friend spells out what companies should know about hiring veterans.

Veterans Are Trainable
From the moment they join, service members are expected to continuously learn and develop. Service members must master the art of adaptability—from learning how to follow orders and complete specified tasks to knowing when to take initiative and bear responsibility—all in an environment where improvisation is key and individual roles may shift from day to day.

“The army is a learning organization,” Friend says. “You start with initial training and you constantly return to training, whether it’s in your unit, through personal development, or in a formal school as you progress through your career. So we end up with a group of people who, frankly, have a growth mindset.”

A company looking for both capable and adaptable employees—especially a company that may lack the resources to provide extensive training or simulations to develop this flexibility—might do well to consider a veteran.

“We have our core tenants, we have our basic tasks that we have to be proficient in, but we’re always expected to do something else,” Friend says. “Undoubtedly, this summer, we’re going to send people out to fight forest fires and provide disaster relief!”

Veterans Are Leaders
Thanks in part to this wide range of roles and responsibilities, service members often achieve the kind of big-picture perspective that is key to being an effective leader—and they do so relatively early in their careers. “Junior leaders become cross-functional at a very early age,” says Friend.

As a junior officer, Friend was initially trained to fly scout and attack helicopters. But he soon moved on to quite different roles, in personnel, logistics, and operations. Military careers, he says, “often expose you to a broad set of experiences that you wouldn’t necessarily have chosen.” For those climbing the corporate ladder, such experiences may not occur until much later in careers—in some circumstances, not until eventually reaching the C-suite.

In addition, many service members have plenty of experience formally overseeing and developing others. By their early 20s, many of these service members are responsible for the training and employing of teams, as well as the well-being of subordinates, and are accountable for millions of dollars in equipment.

“All the while they’re learning how to make decisions, plan, organize, execute, and provide clear guidance to their subordinates at an age much earlier than most of their peers on the outside,” Friend says.

The notion that these early experiences can translate to leadership success in the corporate world is consistent with research by Kellogg finance professors Efraim Benmelech and Carola Frydman, who find that firms that are run by CEOs with military experience perform better under pressure than those run by other CEOs.

Veterans Learn Selflessness
In adapting to the military life, service members learn early on to set aside their personal interests for the greater good of the team. Which is not to say that military personnel are trained not to think. Rather, they are trained to think and act with a bias toward improving the organization instead of only themselves.

“There’s a level of trust that must be earned. You’re always looking out for your soldiers and teammates. Anybody who seems like they’re doing it for their own benefit, or if they’re putting themselves above the team, loses credibility,” says Friend.

And when veterans leave the military, they are not likely to leave this attitude behind.

“Once you’ve witnessed what people and teams can achieve with trust, and you’ve been a part of an organization that puts self-interest aside and focuses on achieving an objective, it stays with you,” says Friend. “That’s one of the key things veterans bring to any organization, because it’s hard to get out of the mindset of working with others to achieve goals.”

If enough veteran talent is brought onboard, such “organization-first” thinking could begin to permeate the company’s culture, as other employees see how it is received and what it can do for performance.

Interestingly, however, this selfless mindset can actually work against veterans in the earliest stages of building a career in the civilian world. That’s because, in Friend’s experience, veterans are often unaware of and reluctant to promote their capabilities.

“With this concept of ‘selfless service,’ there’s almost too much humility because it’s ingrained in us early that it’s not about you, it’s about the organization,” Friend says.

Veterans Know How to Take Constructive Criticism
The military relies heavily on after-action reviews (AAR): debriefings used to analyze a mission afterward by assessing what happened and determining what can be done to improve future outcomes. These reviews can be brutal. But the rigors of the AAR also make veterans adept at taking constructive criticism.

“You’re more open to ideas,” Friend says, “which helps not only you as an individual, but the organization to develop and grow.”

In fact, a sort of AAR has also become a useful tool for many companies. Periodically assessing whether a project or process was successful and how it could have been improved offers a good way for firms to stay at the top of their game. It also exposes employees early and often to opportunities to find blind spots, and to learn from their own mistakes and the mistakes of others.

“That’s a huge advantage that we have,” Friend says. “We get to see good decisions and bad. I’ve learned some valuable lessons from watching bad leadership decisions.”

And there is another, quite different, benefit of constructive criticism: “It helps to build trust in an organization,” says Friend, “where we can have that candid conversation of, ‘I had a shortcoming. I did something wrong. You’ve done something wrong. Now let’s figure how to fix it.’”

If that candid conversation is handled well, there are no hurt feelings. “If you can go ahead and really get into their heads that this is all about us growing as an organization, this isn’t gonna be punitive in nature, I think it’s well received,” says Friend. “Nobody wants to come out there and say, ‘Yeah I messed this up.’ But, it becomes contagious. Somebody will accept responsibility for something, and then the next person would be like, ‘No, no, no, that wasn’t you, that was me. I wasn’t where I needed to be.’”

Translating What Service Members Can Do
If service members tend to be highly trainable, personally responsible, selfless, and good at taking criticism, why do many of them have trouble attracting the attention of hiring managers?

Friend identifies two main reasons for this: First, many veterans don’t view their experience as being unique or impressive—making it difficult to sell potential employers on that experience. “Service members and vets look to the left and to the right and think: ‘that’s what everybody around me in my last job experienced,’” Friend says.

Another hurdle is that hiring managers unfamiliar with the military often struggle to understand the various roles and responsibilities service members hold during their careers. “When somebody sees platoon leader or section sergeant on a resume, it’s not intuitive what that is, and what it fully encompasses,” says Friend.

Friend suggests that veterans could benefit by becoming familiar with corporate terms and “civilianizing” their work history, as well becoming more proficient and assertive storytellers of their experiences.

For their part, employers can familiarize themselves with the military so that conversations with veterans result in a clearer picture of their abilities. One effective way to do that is to bring veterans into the hiring process, Friend says, “so when they hear that someone was a first sergeant, they know what it took to become and means to be first sergeant. It avoids having to go back and talk about fifteen years of a career” to understand.

Ultimately, Friend says, if employers want to take advantage of the best of this talent pool, “they’re going to have to put in the extra effort and have these discussions with veterans to find out what they bring to the table.”

Tweets by @forbes_india
Game off in China
I want to showcase the diversity of Chinese food: Andrew Wong