How 13 siblings turned their dying father's snack recipe into success

As their father lay dying, the 13 Keith siblings took his recipe for a snack no one could sell—a refrigerated protein bar—and built it into a $300 million startup 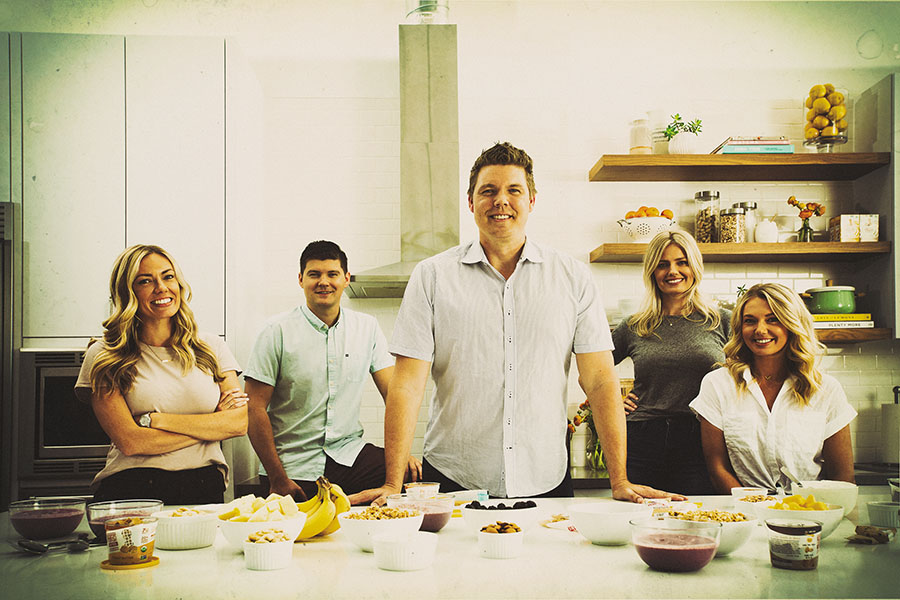 Leigh Keith is taking her time flattening a mound of peanut butter, honey, cranberries and chocolate chips with a wooden rolling pin, before cutting it into 4-inch rectangles. She used to do this at race speed, when she and her siblings worked through the night to fill orders for their peanut-butter bars 14 years ago, when they were starting Perfect Snacks. “We didn’t even have the recipe written down,” the 33-year-old says, her wavy hair—blond, like nearly all the Keiths—fastened securely by a hair net. “We started out with a whole lot of ambition. The harder we worked, the more we put into the business, the more we could try and control our destiny.”

At the beginning, the Keiths didn’t have much besides their drive. The family of 15’s bank account? Nearly empty. The family real estate? Heavily mortgaged. Dad was sick with cancer. (“We started because we were financially in despair,” says Bill, 36, who is CEO.) All they really had was their father’s recipe for a peanut-butter-based protein bar. And everyone who knew the grocery business told them it was doomed to fail.

Sure, the Keiths’ Perfect Bar tasted great, but it needed to be kept refrigerated. That meant it would take up valuable shelf space that would otherwise go to yogurt or cold cuts, far from where Clif and Power bars typically lived. It was like asking stores to start stocking cheese alongside cereal. 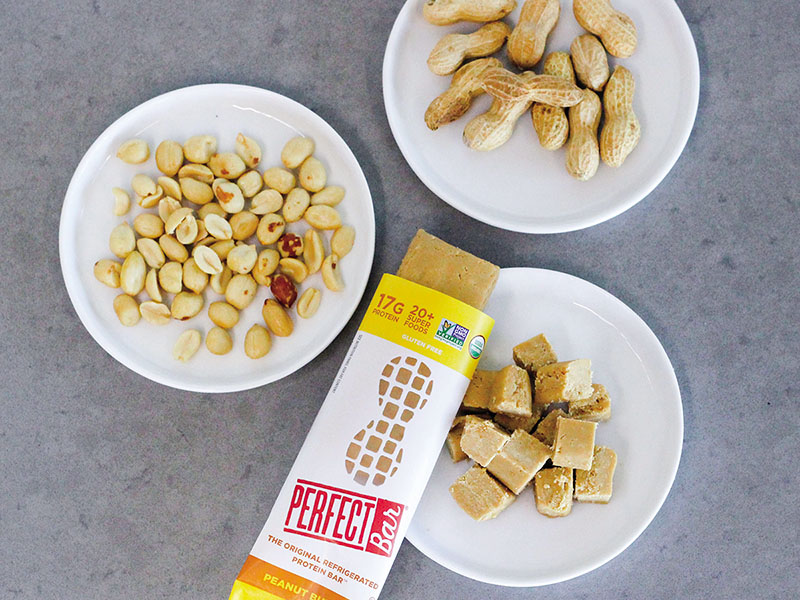 “Very few companies were really designed to save a family from potential starvation,” says Wayne Wu, a partner at VMG, a San Francisco private equity firm that invested in Perfect Snacks in 2015. “It turned into this American dream story. But it certainly was not an overnight success.” Overnight or not, Perfect Snacks is most definitely a success now. The company did $84 million in 2018 sales, and Forbes conservatively estimates its worth at $300 million. Perfect Snacks’ 16 flavours of $2.49 bars are now sold in over 27,000 stores nationwide, including giants like Target, Walmart, Kroger and Trader Joe’s. 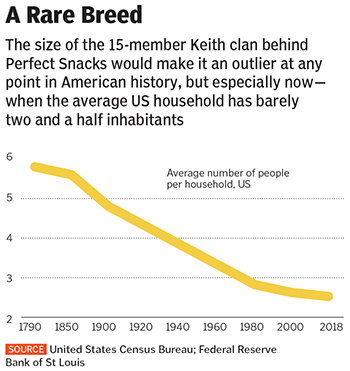 The siblings’ father, Bud, came up with the bars while on an extended road trip with his brood in the ’90s. He had quit his 9-to-5 marketing juicers for Jack LaLanne, the fitness guru and former TV-show host, to become a travelling salesman of supplements and omega oils and lecturer-cum-inspirational speaker about healthy living. Rather than leave his family behind, he packed the entire clan—then seven children—into a 1982 21-foot Dodge RV. On the road, Bud developed the recipe for the peanut-butter bars, mixing in the protein powder he sold to make them more nutritious. The kids would sometimes sell them around the neighbourhood for pocket money. (In one particularly good year, they earned close to $2,200, helping pay the family’s way to Disneyland.) Bud sometimes added them as a free bonus to supplement orders. As the clan grew to 13 children, Bud and Barbara Keith bought a bed-and-breakfast in a small northern California town but still relied on Bud’s lectures to support the family. Then Bud fell ill with melanoma at 57. By 2005 it was so bad he had to stop travelling. Soon the Keiths had a mountain of medical bills and were two months behind on their mortgage, with $1,000 in the bank and nine kids under 18. As Bud got sicker, the eldest children stepped in. Bill, then a 22-year-old junior on the basketball team at College of the Redwoods, dropped out. He was joined by Leigh, then 19, and his siblings Amyas, 18, and Charisse, 17 (now Perfect Snacks’ senior director of operations). They decided to ignore the conventional wisdom and their father’s ten years of struggles in different ventures. “Our backs were against the wall from day one,” says Leigh.

First order of business: Raise some working capital. The kids quickly sold the bed-and-breakfast, netting $100,000 after taxes. Two thirds of that went to a used candy-wrapping machine to package the bars, the rest toward organic peanuts and honey. “With all of your finances invested in peanuts and honey to the very last dollar, you sure as heck got to figure out how to sell this bar,” Leigh says. Next, they specialised. Bud moved to San Diego, where the family was originally from, taking some of the clan with him. (He would die of his disease in 2009.) Leigh, Bill, Amyas and Charisse stayed in Sacramento, sharing a two-bedroom apartment. Bill went on the road to pitch their snacks, branded as Perfect Bars, to natural-foods stores and grocery chains up and down the West Coast. Leigh, Amyas and Charisse stationed themselves at home to make the products. Still, by 2006, after a year in the business, the Keiths had made little headway, and they had enough cash left to fund only one more month of operations. Then, by chance, Bill met a Whole Foods store manager at a music-and-art festival in northern California. She loved it and figured Whole Foods customers would both dig the idea of a preservative-free protein bar and be curious enough to pick up one from a refrigerated case.

Perfect Snacks got a 30-day trial at the manager’s Berkeley Whole Foods. Bill was the in-store pitchman. With no money for a hotel, he lived in his car for a month, showering at a gym. Perfect Snacks sold $20,000 at that Whole Foods in a month, more than it had in the past six months combined—and enough for Whole Foods to expand Perfect Snacks to ten more northern California locations. “That was the match that started the wildfire,” Bill says. Revenue hit a million dollars two years later, and soon a Costco deal followed. Then sales really took off after a cash infusion from the 2015 VMG investment allowed Perfect Snacks to place bigger orders from contract manufacturers and, in turn, take larger orders from grocers. 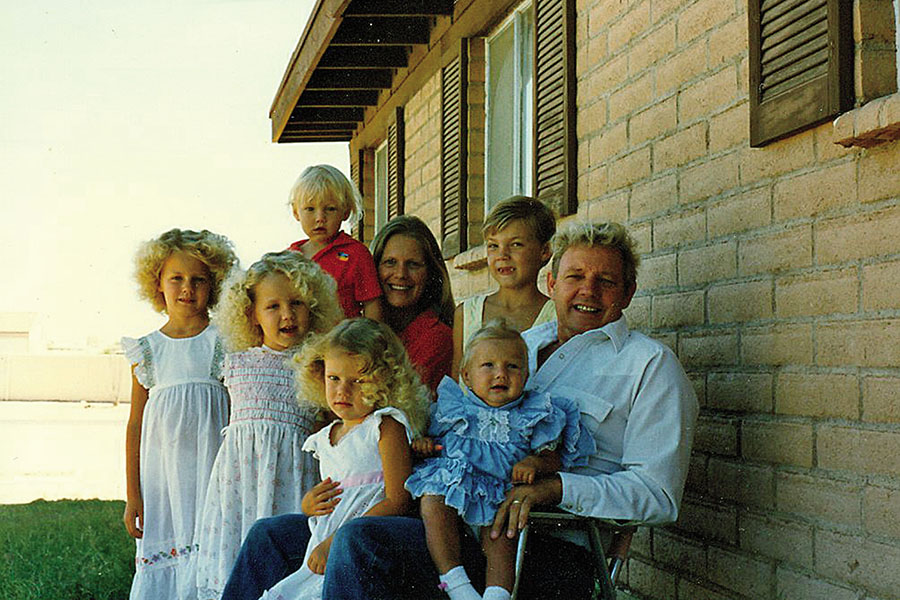 With six kids in six years, the Keiths were crunched for space. Papa Keith converted kitchen cabinets in their small San Diego home into beds

After throwing caution to the wind to start their business, the Keiths, who still own the majority of Perfect Snacks, are now moving more thoughtfully. They’ve chosen to concentrate on rolling out Perfect Kids (portioned for lunch boxes) and Perfect Bites (tiny cubes in resealable containers) rather than launching entirely new products. (“They’ve stayed really focussed. A lot of companies like that get some success and start trying to extend the brand into a million other things,” says John Foraker, former CEO of Annie’s, the organic mac ’n’ cheese company.) As the Keiths project sales reaching $130 million by the end of 2019, their battles revolve around finding enough refrigerated trucks to ship their goods cheaply—the boom in fresh grocery items has led to a shortage of drivers and freight prices are surging—and persuading grocery stores to give them better real estate. For now, they’re largely in dairy cases, and the Keiths envision their products in little coolers by the registers, the way Red Bull displays its drinks.

“We have the story, the product and the people that can really build this to be a household name and become hopefully an iconic brand for generations,” Leigh says. “The rolling pins are gone. We’re just getting started.”

Tweets by @forbes_india
Not machine learning: AI is learning from humans. Many, many humans
Are the Met's prized Indian antiquities from a smuggling racket?