Some dinosaurs from Web 1.0 that you probably thought were long dead have surged back onto our annual list of America's Best Small Companies. Here's how they survived-and thrived 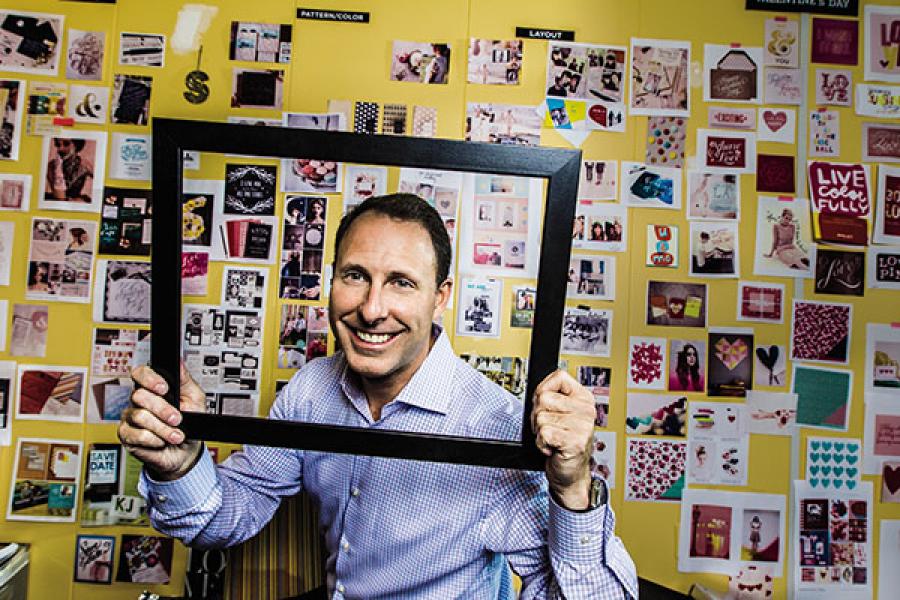 Image: Eric Millette for Forbes
“If we hadn’t pivoted, we’d be out of business today”: Shutterfly CEO Jeffrey Housenbold

Two weeks into his new job, Stamps.com’s CFO Ken McBride started slashing the first of 485 workers—87 percent of the staff. It was October 2000, six months after the initial popping sounds of the dotcom implosion, and the electronic-postage company was spurting gobs of red ink. Just a year earlier Stamps.com had gone public, raising a staggering $450 million in two offerings.

But today, after years of refocusing, Stamps.com has determinedly pulled out of a death spiral, netting $33 million on revenue of $123 million over the most recent 12 months. So, too, have a couple of other members of our annual list of America’s Best Small Companies—online photo printer Shutterfly and j2 Global, the messaging and communications company. All three were conceived during Web 1.0. And like many of their dot-bomb brethren, they raised obscene amounts of money on the strength of a story, rather than a business plan, much less a real product or service. All nearly perished during the meltdown. But the best entrepreneurial companies have always lived by their wits and can sometimes outlive their founders. By pivoting, refocusing and acquiring other key companies, Stamps.com (No. 32 on our list), Shutterfly (31) and j2 Global (39) have all found ways to reinvent themselves, to survive—and thrive.

Revisiting the 1997–2000 tech boom is a cringe-provoking history lesson. At the height of the frenzy on March 10, 2000, when the Nasdaq closed at 5048.62, just under 400 internet companies had a total market capitalisation of $1.3 trillion. By October 9, 2002 the tech-heavy index had scraped 1114.11. Helping to pull it down were some hideous ideas and paragons of miserable execution. Among them:
•Pets.com raised $83 million in a February 2000 IPO and spent millions in TV commercials. It didn’t sell much in the way of dog food and kitty litter, though, and had to liquidate that November.

•Founded in 1994 as Beverly Hills Internet, GeoCities grew into the third-most-popular website (as a way for users to group content) when Yahoo bought it for $3.6 billion in January 1999. It died slowly over a decade.

But out of the wreckage there also emerged some notable public and private survivors. Priceline.com, Pandora, eHarmony and Angie’s List were all created in those frothy times and adapted repeatedly to stay alive.

Shutterfly learned to reboot the hard way. Founded in 1999, it sold and mailed prints of digital photos back when an Olympus C-2500L, with an astonishing 2.5 megapixels, sold for just under $2,500. The startup had pedigreed backers who included Netscape billionaire Jim Clark and Silicon Graphics’ George Zachary, who led venture rounds eventually totaling almost $90 million.

The tech crash was damaging but not fatal. Shutterfly lost $18.5 million on sales of $7.5 million in 2001, cut 25 percent of its workforce and recovered enough to post its first annual profit in 2003. A far greater threat came from much larger competitors: HP’s Snapfish, Kodak’s Ofoto and Sony’s ImageStation, which started price wars as early as 2000, forcing Shutterfly to give away 85 percent of the 4-by-6-inch prints for which it otherwise charged 49 cents. By 2005, when Jeffrey Housenbold, 44, became Shutterfly’s fourth CEO, 58 percent of the company’s sales came from prints, the 4-by-6s now down to 19 cents an image. “Our margins were shrinking, and we had to diversify,” Housenbold recalls.

He had to do it quickly, too, since investors were nudging Shutterfly to go public. “The first day on the job I had a 30-minute introduction to the company, and I spent the rest of the day interviewing banks.” A closer look at the finances revealed the obvious: The photo print business was rapidly approaching a vanishing point. 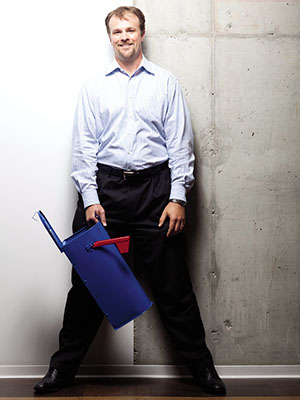 Image: Robert Gallagher for Forbes
“It was not a fun time”: Stamps.com CEO Ken McBride has been through the lows and the highs.