Jobcase: LinkedIn for the Working Class 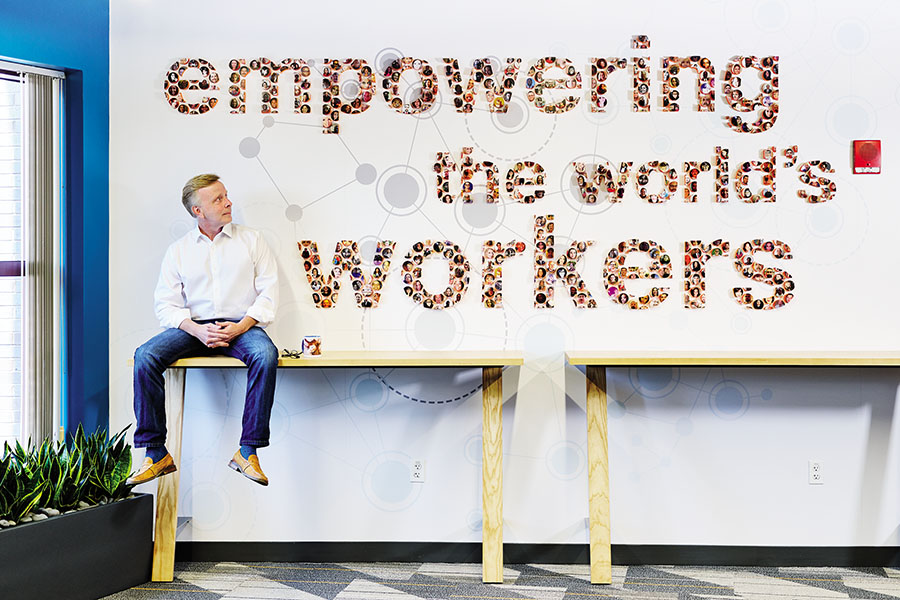 Jobcase founder Frederick Goff at his headquarters in Cambridge, Massachusetts. In 1991 he hitchhiked from Toledo to New York City to land his first full-time job
Image: Michael Prince for Forbes India

Sasha Contreras despaired when she had to quit her $12-an-hour Xerox customer service job and uproot her life in Yelm, Washington. Her husband was starting work as a chef at a casino in rural Mississippi in February 2016. A year later she discovered he was having an affair after 17 years of marriage. Unemployed and alone, she spent every waking moment searching Google for jobs. Then she stumbled on Jobcase, a social media job-search platform for blue-collar and service-industry workers. “That site literally changed my life,” says Contreras, 55. A free sign-up granted her access to millions of job listings and a stream of helpful posts written by strangers, many of whom were contending with the isolating experience of searching for work. Through a link posted by a member, in late July 2017 she got a customer service job that paid $10 an hour. Two years later Jobcase led her to another customer service job that paid $13 an hour. Though she’s not looking to make a move, she logs on to Jobcase daily. “If I see something that touches me, I’ll respond because I remember what it was like to be looking,” she says. “We’ve got to do this for everybody,” says Frederick Goff, Jobcase’s founder and CEO, after hearing Contreras’s story. When he founded the Cambridge, Massachusetts-based company in 2015, he set out to do what LinkedIn hasn’t been able to accomplish—create a site where the 80 percent of working-age Americans without a four-year college degree can network, find jobs and manage their careers. (A LinkedIn spokesperson says its mission has always been to support the entire workforce.) Goff has raised $118.5 million at a valuation for Jobcase that Pitchbook has at $445 million. Revenue, which Goff pegs at $100 million over the past year, comes from 2,000 companies, including Amazon, Pizza Hut and FedEx. They pay from $199 for a single job posting to as much as $5,000 for a hiring event organised by Jobcase. Jobcase has already signed up 110 million of the 197 million Americans it’s targeting, and Goff plans to take the site global in the next 18 months. In the G20 countries, 84 percent of people don’t have college degrees. Tapping that market, he says, will put his company on a fast track to a billion members and a $1 billion valuation. 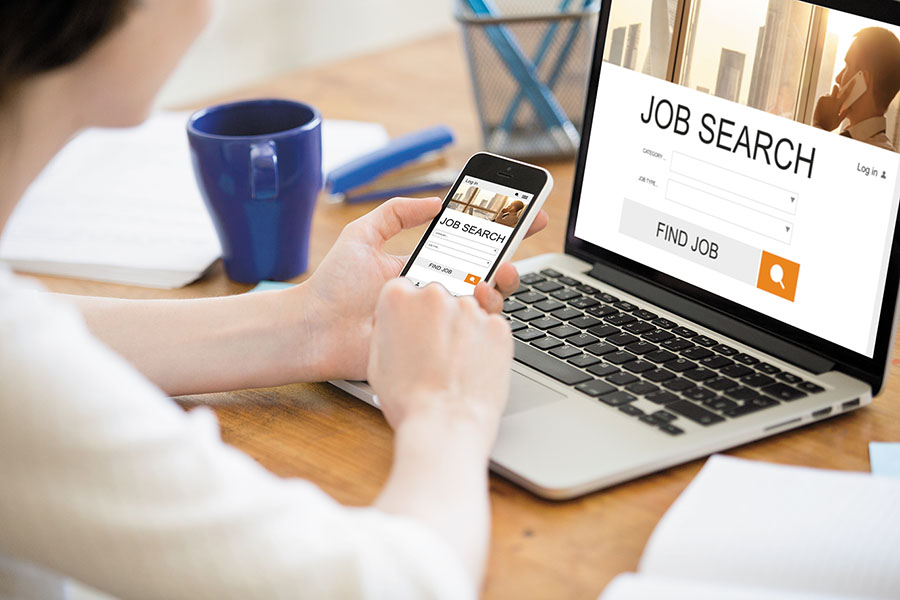 Jobcase is a site where the 80 percent of working-age Americans without a four-year college degree can network, find jobs and manage their careers
Image: Shutterstock

Goff, 52, relates to the challenges his members face. His father, a former marine, worked as a transmission repairman at a Chrysler plant in Toledo, before becoming a life insurance salesman. Goff earned a master’s at Carnegie Mellon, but he graduated into the 1990 recession and spent four months washing dishes in Toledo. He worked a stint as an options trader in New York before earning a second master’s, in technology management, at MIT. He endured another recession and took a job he didn’t really want as CIO at an Oklahoma City energy company before landing at a Cambridge hedge fund, Percipio Capital Management, as CEO. After the company went under in the 2008 financial crisis, he persuaded his partners to back him in newly formed Percipio Media, a firm that created no-frills job boards that aggregated listings from other sites. The company did well, but in 2014, at an HR conference in Las Vegas, he realised the people searching his job boards needed support. LinkedIn, with its polished, résumé-like profiles, offered nothing for his buddies back in Toledo toiling away at Kinko’s. Goff moved Percipio’s job boards into a subsidiary, reorganised his team and launched Jobcase. He says his priority was to build a “community”. Its core is the stream of posts that gave Sasha Contreras emotional support during her five-month job search. How many members find work through the site? Of the 31 interviewed for this story (Forbes contacted all but two independently), only two landed jobs through Jobcase. But all said they liked the community. “It’s been a really good forum to rant,” says Rhonda Yates, 51, a member who found work through another site as a production scheduler at a packaging supplier in Lexington, Kentucky. Most members don’t report when they land jobs, but Goff estimates 1 million, or 1 percent, found work through Jobcase last year. That tiny ratio doesn’t discourage employers. At a time of record-low unemployment, companies don’t expect listings will lead directly to applications, says JR Keller, a professor of human resource studies at Cornell. “Companies are just so desperate to find really good people that if you have a community of 100 million people, they’re going to post a job there because they don’t want to miss out,” he says. Jobcase was profitable from the get-go, says Goff, but since early 2018 he has been ploughing money into recruiting members. In June he sponsored the Chicago Urban League’s citywide job fair and walked away with 8,000 new ­members. Goff dreams of a world where Jobcase has so much visibility that workers will be able to use the platform to advocate for better conditions at work. “We want to support capitalism by putting not just shareholder value but worker value at the top,” he says. “It starts with the members.”

Tweets by @forbesindia
To improve customer experience, embrace the outliers in your data
Entrepreneur Amar Patel shares his journey in nutritional supplement industry