The future of affordable housing is being snapped together in Brooklyn, one apartment at a time 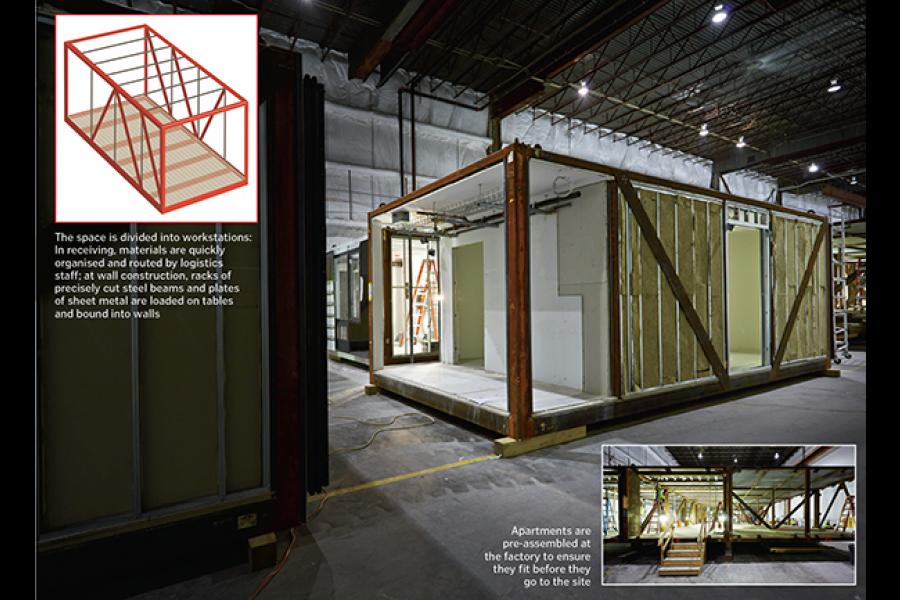 Inside a warehouse at the Brooklyn Navy Yard steel beams and flat metal sheeting rest atop a workbench. A diagram—which looks an awful lot like Ikea furniture assembly instructions—spells out where each beam and metal screw belongs. On it someone has carefully checked off each component, one by one.

The metal may not look like much yet, but it’s on its way to becoming part of the world’s tallest modular residential high-rise. Workers will configure these beams into walls, which will become the scaffolding of rooms, which link together to form entire apartments. Then the ‘mods’ are loaded onto a truck and driven 2.5 miles away, lifted by crane and snapped into position like Lincoln Logs at the Atlantic Yards complex being built next to the Barclays Center (home to the NBA’s Brooklyn Nets). Time to load an apartment: 30 minutes. From the first cut of metal to placing a mod next to the arena, the entire process takes about 20 days. “And we’ll get faster,” says Susan Jenkins, vice president of Skanska, one of the companies behind the mods. “This is bringing the best of manufacturing and construction together.”

The first 32-storey tower, dubbed B2, which will include street-level storefronts as well as 363 rental apartments, is slated for completion in December. Build-out of the $4.9 billion project—6 million square feet of residential (6,430 apartments, 2,250 of them designated affordable) plus nearly 600,000 square feet of office and retail spread over 22 acres in the heart of Brooklyn—is scheduled to last 20 years. 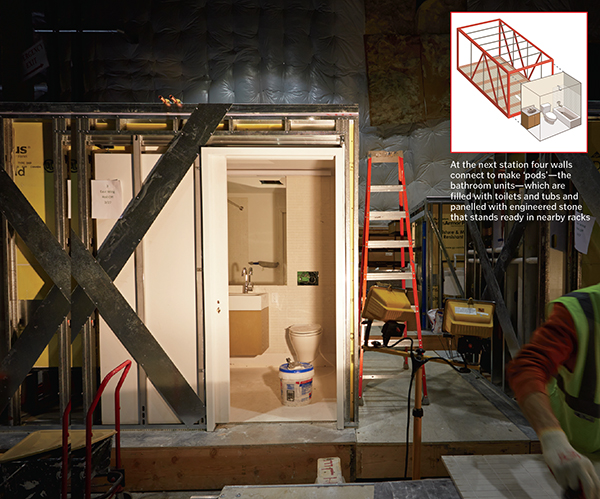 FCS Modular, a joint venture between New York City real estate developer Forest City Ratner (which was forced to build the affordable housing as part of its Barclays Center deal) and Swedish construction giant Skanska, is counting on the new factory approach to urban construction to save on costs and provide greater quality control. The industry, projected to spend some $108 billion building multifamily units over the next three years, according to real estate consultant Metrostudy, is watching. A 1,000-square-foot apartment in New York costs an estimated $330,000 to build; FCS estimates it will knock 15 percent to 20 percent off that this go-round—and as much as 30 percent off with more experience. 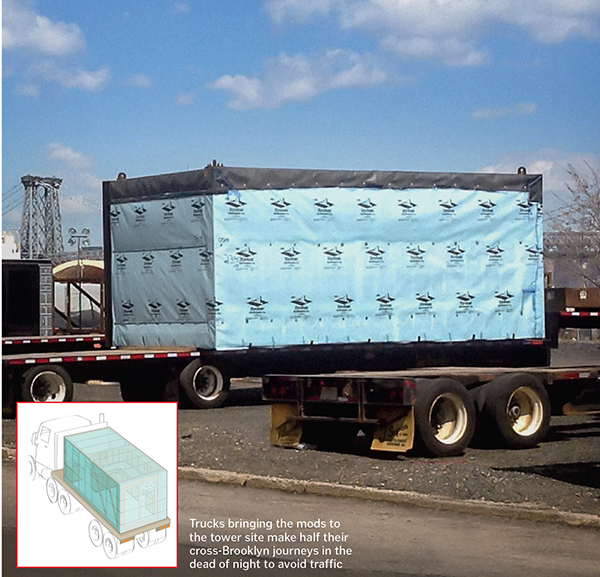 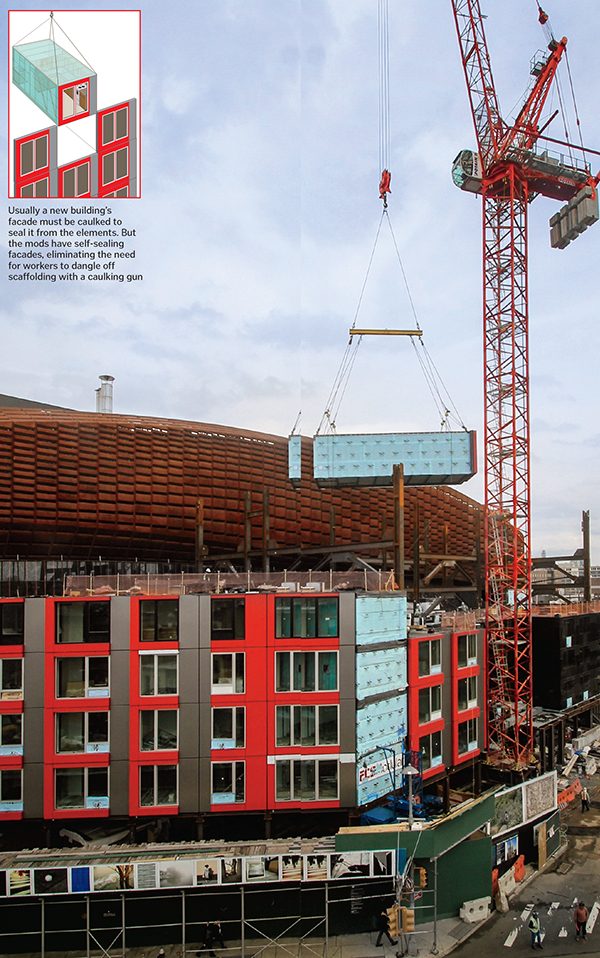 “If they can show that here, I think it has potential to have a transformative effect,” says Casius Pealer, a professor of architecture at Tulane. “It’s of interest both to architecture and to developers who are interested in building affordably and fast.”

The agreement builders struck with New York City’s notoriously feisty construction unions is almost as innovative. Because the work is predicted to last more than two decades, the unions were willing to accept lower per-hour rates. Another key component: Rather than working strictly by trade, plumbers, electricians and carpenters can do whatever tasks they’re good at. This allows FCS to deploy labour flexibly and attack steps in the order that makes the most sense. That’s a big departure from New York City union construction practices, which mandate ridiculousness like framers finishing all their work before an electrician can even tackle the same area.

The labour agreement also led to savings in building materials. Normally subcontractors order materials—and mark them up.Here FCS controls the entire supply chain. The company directly purchases some 1,400 components. By controlling the process, FCS has found some great suppliers, including a company in China that produces smooth sheets of engineered quartz scored to look like tile, eliminating  the need for grout in the bathroom ‘pods’. FCS buys in big volume—no middlemen needed.

But by far the most important innovation is the construction method itself. The factory feels like the love child of Home Depot and a sterile surgical chamber. “We believe that in factory environments the productivity of the worker is greater,” says Roger Krulak, the Forest City Ratner exec in charge of modular construction.

Once the mods leave the factory and are stacked into place, there are further savings. Pre-cut pipe connectors are loaded into kits inside each mod so plumbers don’t waste time scrounging for materials.

Press-fit pipes, which are quicker and cheaper to install than traditional soldered ones, are added level by level as the building goes up.

Still, until the building is complete the jury has to remain out. “If this modular approach to constructing new housing—including affordable housing—on this scale proves successful,” says Todd Trehubenko, senior vice president of multi-family finance for Boston’s Walker & Dunlop, “then Atlantic Yards can serve as a true model for afordable housing development throughout the country.”