LinkedIn CEO Jeff Weiner knows how to exploit his own network to hire smart. Here are the house secrets 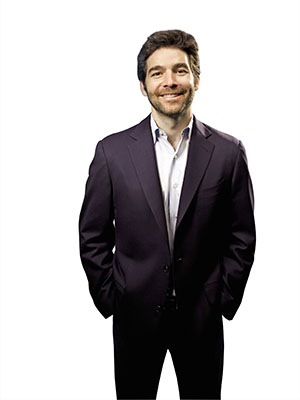 “You probably want to know if we eat at our own restaurant,” says LinkedIn chief executive Jeff Weiner, with a smile. Tapping into LinkedIn’s databases has become second nature for big companies battling for talent. Organisations as diverse as Dell and National Public Radio use its most expensive search tools.

So what about LinkedIn itself? Weiner runs a fast-growing operation—revenue was up 59 percent last quarter—and constantly needs more engineers, salespeople and corporate managers. Sure enough, LinkedIn’s own recruiters have a lot to teach others through their incessant and demanding use of house products, constantly testing new features in search of more powerful results.

Start with something as fundamental as where to look. LinkedIn’s databases can generate heat maps of the US, showing local variations between job listings and available talent for specific industries. So while LinkedIn still does much of its software engineer hiring in the obvious places such as Silicon Valley, Seattle and New York City, it is alert to “hidden gem” markets such as the Washington, DC metro area and Dallas/Fort Worth.

To catch candidates’ attention, LinkedIn’s first moves are disarmingly low-key. Anyone who happens to glance at a LinkedIn employee’s profile is likely to see a nearby ad or piece of sponsored content from LinkedIn sharing a bit of itself. The goal is to induce these site-surfers to “follow” LinkedIn’s company page. Once that happens, it’s easier to aim job ads or more content at them. Such digital serenades are known as “adding warmth”. In a recent hunt for systems-infrastructure engineers, Weiner’s team discovered that more than 35 percent of leading prospects were people who were already digitally acquainted with LinkedIn.

Another lesson learnt the hard way: Just because you can create a fussy list of criteria for candidates doesn’t mean you should. When LinkedIn hunted for its first data-centre manager, the company’s own site originally found only seven identifiable people on Earth who met all conditions. So LinkedIn loosened up. It lopped off four dubious requirements, such as insisting that candidates have spent at least three years in their current jobs. Voilà!—126 candidates. Within a few months, the job was filled. “We don’t need eight to ten years of people doing x,” says Weiner. “In fact, we may not want someone who has spent too much time working in a large-company culture.”

Even in data-rich LinkedIn, Weiner emphasises intangibles that don’t show up on a résumé—leadership, resourcefulness and humour. When he interviews candidates, he often asks how they want to see their career in 20 to 30 years, to discern who is well-aligned with LinkedIn’s culture. “It’s a lot like M&A. People sometimes get too caught up in getting the deal done, when maybe they shouldn’t be doing the deal at all,” Weiner says.

Tweets by @forbes_india
Phone: The LG G2 is Impressive
Alternative Currencies: What Came Before Bitcoins