MicroVentures Making Most of the Crowdfunding Gold Rush 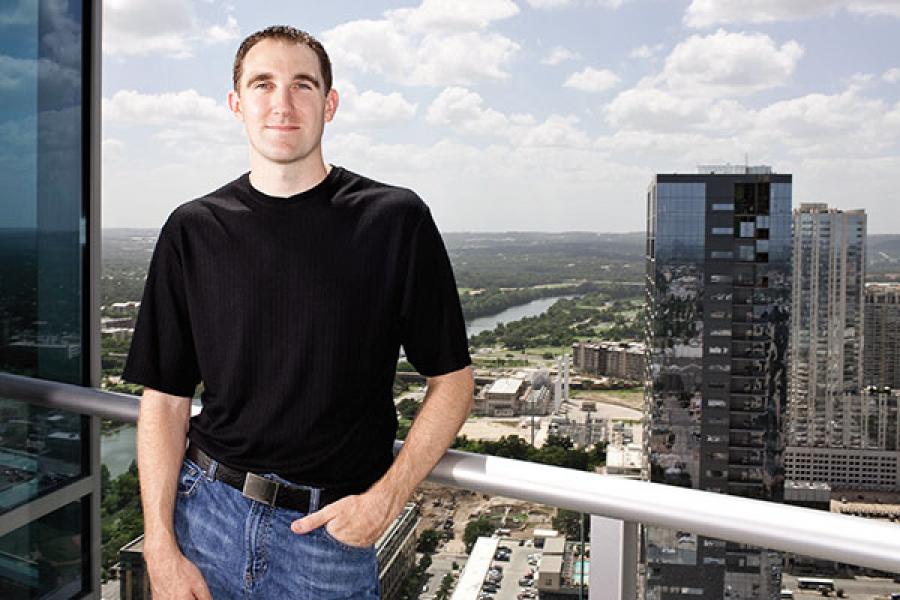 Playing armchair venture capitalist has never been easier. For investors registered with MicroVentures, an eight-person crowdfunding outﬁt based in San Francisco, opportunities to invest in young tech startups arrive via email. A link takes you to an eight-page summary of each company, laying out management bios, market size, competition and ﬁnancials. You can also sign up for a webinar with the startup’s CEO. Or call up a MicroVentures broker who can speak for the company and relay questions to the founders. If you’re ready to commit, type in the amount you want to invest and click. The money sits in escrow until the deal closes.

This may well be the future for helping accredited investors—with $200,000-plus in annual income or a net worth exceeding $1 million—get an equity stake in up-and-comers. This sort of crowdfunding is getting ever more crowded. RockThePost, AngelList, WeFunder and others offer platforms to attract small grubstakes in prevetted opportunities. You no longer need to rely on a savvy angel network to learn of deals.

Here’s where MicroVentures has an edge: It’s the only player with a broker-dealer licence. Founder Bill Clark navigated securities regulator Finra’s application process almost single-handedly in 2010, before the crowdfunding gold rush. Rivals have to bring in a middleman to take a cut of revenues or forgo commissions altogether.

That’s helped MicroVentures funnel more money into startup equity investments than anyone—$16 million to date, spread among 34 companies. The 10,000 investors registered with the site can sink as little as $3,000 into each startup. The targets, 6- to 18-months old, typically offer around 8 percent of their equity in exchange for $300,000.

MicroVentures now takes a 10 percent cut of every deal, 5 percent from both parties. With $12 million in funding last year, it eked out a small proﬁt on only $600,000 in sales. When investors cash out of a company, MicroVentures gets 10 percent of the gains. In August, Clark hired Tim Sullivan, then president of SharesPost, an online marketplace for trading shares of private companies, to replace him as CEO. Clark, now president, and Sullivan hope to help 35 companies raise a total of $40 million this year, translating into company revenue of $4 million.

Clark, 35, majored in ﬁnance at Michigan State, then joined GMAC, General Motors’ ﬁnancial arm, as a credit analyst. After a stint at Comerica, he moved to Austin to join Dell in 2001, lending to small businesses. After Dell squeezed credit for those customers at the end of 2007, “I said there’s got to be a way to help these guys,” he recalls.

He spent two years researching how to create an online platform for making equity investments in young, private companies. All routes led to the impossible: A broker-dealer licence—required for any company that trades securities on behalf of customers—from the Securities and Exchange Commission, which demanded at least three years of experience in the securities (not lending) business. Worse, his model was largely unprecedented—a red flag for regulators. Still, Clark incorporated, spending $100,000 on consulting fees and a website. He submitted his application to the SEC in February 2010.

To jump-start the paperwork, he cooked up an excuse to visit Finra, the self-regulatory agency tasked by the SEC with approving broker-dealers, to make his case in person. He was approved four months later.

He still had to convince investors and startups to join, a chicken-and-egg bind: No backers would sign without companies, and no businesses wanted to be ﬁrst. So, four months before Finra approved his licence in August 2010, Clark took his story to the digital press. By the time he was credentialed, he had 600 investors on an email list; 250 signed up by year-end. 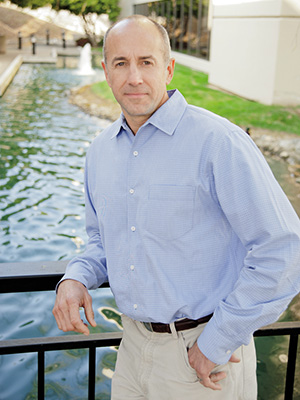 “You can’t build rapport with a computer”: Tim Sullivan
Reading about Clark online, the founders of Republic Project, then a tiny ad-tech company in Phoenix, reached out. While it had no revenue or customers, it did have nifty software to help advertisers manage digital-media campaigns. Clark pitched the company to his investors, found interest, then ran background checks on the founders, researched the competition, gathered Republic’s ﬁnancials and evaluated the market. With a 60-page private-placement memorandum for investors, the deal opened on the site in January 2011. It took Clark three months and hundreds of phone calls to round up 19 commitments worth $100,000. “That deal was 100 percent handholding,” says Clark. “But it’s only gotten easier from there.”

He met Sullivan, 46, that April while visiting the SharesPost offices in San Bruno, California, looking for a partnership. “Our CEO said no after about 30 seconds,” recalls Sullivan. “But I thought Bill was on to something.” Sullivan stayed in touch.

When MicroVentures faced an SEC audit last year, Sullivan was the ﬁrst person a startled Clark called. Sullivan guided him through the process, reassuring Clark that the agency was just interested in learning more about crowdfunding.

Since joining MicroVentures, he’s been streamlining the process with the idea of scaling. Instead of gauging investor interest just through phone calls and emails, deals now go through two phases. First, MicroVentures displays a company summary on investors’ home pages; if you’re hooked, you record what you’re willing to invest. If the company attracts more than $200,000 in pledges, MicroVentures completes due diligence and reposts the opportunity for actual investment. “You can’t build rapport with a computer. Every investor has to have a verbal conversation with us.”

How does MicroVentures know it’s done enough due diligence on companies? “Entrepreneurs are optimistic,” says Clark. “If they’re fraudulently presenting information, there could be some risk, but if we researched it and it was intentional misrepresentation...our liability should be minimal.”

For each deal, MicroVentures creates a limited-liability corporation to pool investor money. This simpliﬁes companies’ capitalisation tables—the spreadsheets that document ownership stakes. It also creates a buffer between investors and the startups they fund, which keeps founders sane. “With other platforms I’d have to deal with every single investor,” says Micah Baldwin, the CEO of Graphicly, a maker of ebook conversion software that’s raised $1 million in two rounds.

One thing MicroVentures hasn’t been able to change: The fact that early-stage companies are still a dicey, illiquid investment.

Though the company is working on ways to free up investments sooner, it tells backers to expect a five- to seven-year lag for liquidity. As much transparency as they’ve built into the system, concedes Clark, “It’s very risky, and there’s a very high likelihood that you will lose your money.”