Since their father became president, Trump's sons have been running his business in a decidedly un-Donald-like way 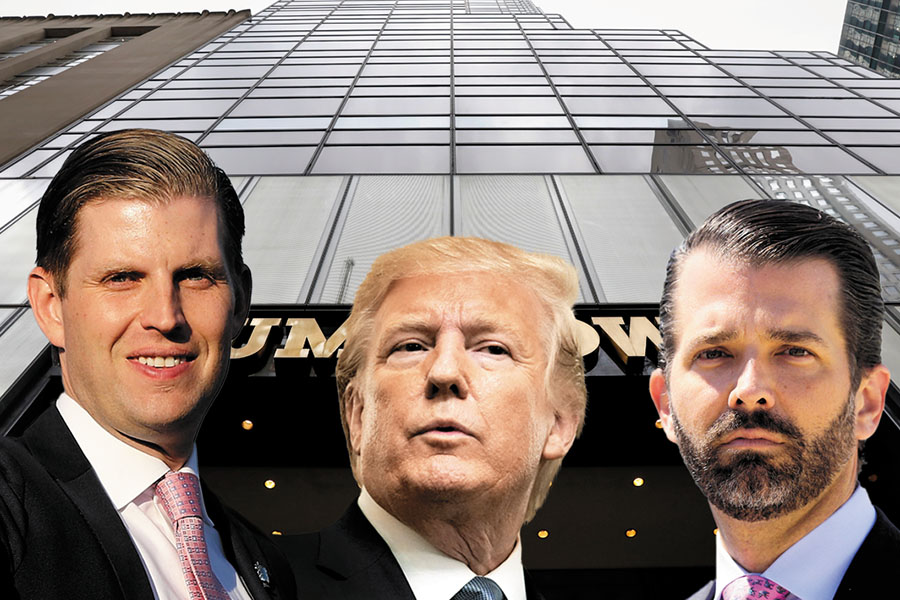 There are big dreams, and then there are Trump-size dreams, ones that demand capital letters and tower over cities. They are what nudged Donald Trump’s grandfather Friedrich from Germany to New York to the Klondike gold rush; impelled the president’s father, Fred, to build an apartment empire in Brooklyn and Queens; and pushed Donald into Manhattan skyscrapers and, eventually, the White House.

When Trump took office and passed the reins to the fourth generation, his sons Eric and Don Jr had grand ambitions too. But their plan—storm into America’s heartland with two new licensed hotel brands—died earlier this year after failing to gain traction. That forced the kids, hamstrung by their father’s pledge not to expand internationally while in office, to pursue a very un-Trumpian strategy.

“If we have to slow down our growth for the time being, we are happy to do it,” Eric Trump said in a statement when they scrapped the hotel plans in February. Added Don Jr: “When politics are over, we will resume doing what we do best, which is building the best and most luxurious properties in the world.”

In some ways, the Trump fortune could use a risky bet or two: The president is worth $3.1 billion (No 275 on The Forbes 400), the same as a year ago and down $400 million from when he took office. But Don Jr and Eric are playing things conservatively, tending to their properties, paying down debt and stockpiling a hoard of cash. Since their father’s inauguration, they have sold off $110 million of the president’s real estate holdings—through more than 100 tiny transactions that have mostly flown under the radar.

In the Dominican Republic, they sold a piece of land in January 2018 for $3.2 million. It was the clearest violation of their father’s pledge to do no new foreign deals while in office. (The Trump Organization would not comment for this story.) In other cases, they’ve done business with wannabe influencers who seemingly recognised an opportunity to line the president’s pockets. They sold Trump’s mansion in Beverly Hills for $13.5 million to a company tied to Indonesian billionaire (and Trump business partner) Hary Tanoesoedibjo. They off-loaded a Manhattan penthouse to a woman who runs a business selling access to Chinese officials.

Other deals wouldn’t turn heads if the seller were anyone but the president of the US. With Trump, however, things can get strange. Take the $900 million sale of Spring Creek Towers, America’s largest federally subsidised housing complex. Trump owned a 4 percent stake, a remnant of his father’s outer-borough empire. Secretary of Housing & Urban Development Ben Carson had to give his approval to make the deal happen.

That put Trump’s subordinate in the awkward position of having to green-light a transaction that paid his boss an estimated $33 million.

For all this selling, the Trumps have done very little reinvesting. Trump Tower got minor updates, a five-storey San Francisco office building got a face-lift and the Trumps keep stuffing cash into their money-losing European golf resorts. But they’ve really made only one new purchase: An $18.5 million mansion next to Mar-a-Lago, from their aunt, Maryanne Trump Barry. They aren’t buying golf courses or hotels, and fellow New York City real estate titans have noticed the president’s absence. “He’s not really a real estate developer anymore,” says Brooklyn billionaire David Walentas. 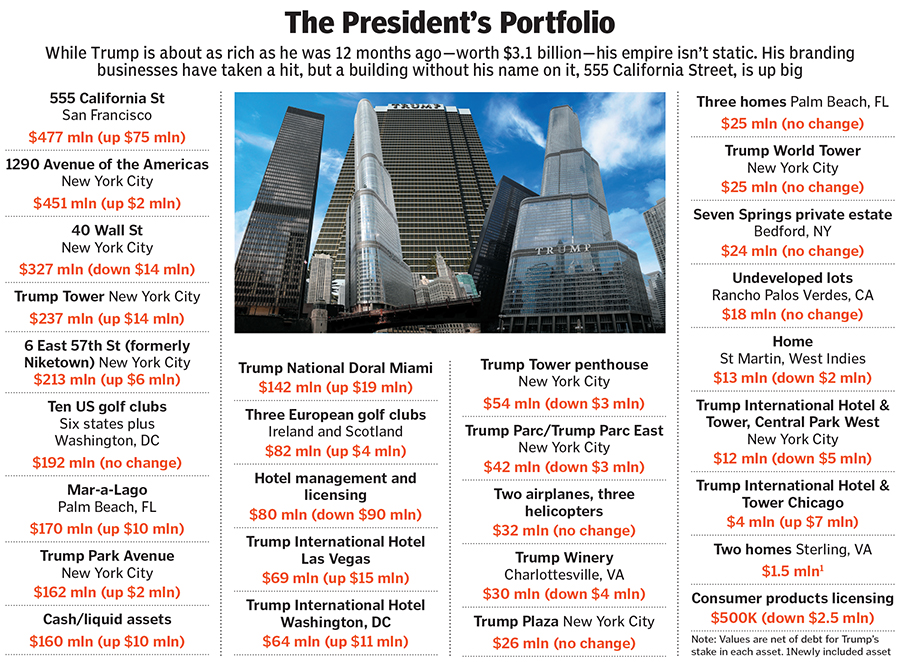 Instead, the Trump children have been chipping away at the debt that helped build their father’s empire, paying down $60 million since the inauguration. In New York, they wiped out $19 million of liabilities at 40 Wall Street, 6 East 57th Street and 502 Park Avenue. In San Francisco, where the president owns 30 percent of a skyscraper alongside billionaire Steven Roth’s Vornado Realty Trust, Trump’s kids have erased $8 million of his debt. In late 2016, Trump took out a $30 million loan against a Las Vegas tower he owns with fellow billionaire Phil Ruffin —perhaps freeing up some cash for the candidate’s $12 million in last-minute campaign donations. After selling dozens of condos in the building, the Trumps repaid that loan.

Tweets by @forbes_india
The business case for digital transformation
Lifestyle: A Major Cause as Well as Treatment for Hypertension