The business of convincing Chinese kids to join US colleges 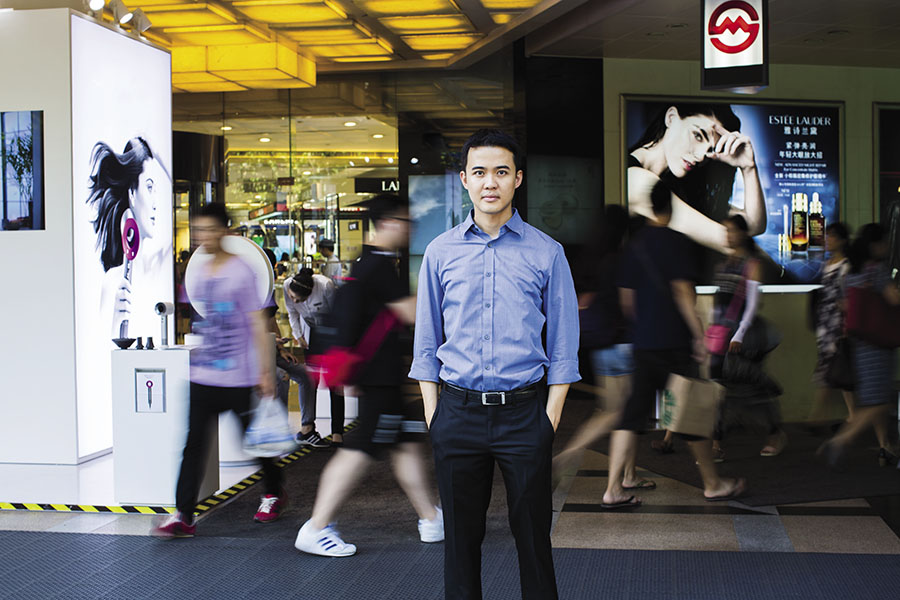 Brian Ong, founder of Bangdai, steers kids toward the humanities rather than the usual ‘Stem’ courses
Image: Jasper James for Forbes


Ten years ago, Brian Ong sold all his furniture and boarded a flight to Shanghai. He hadn’t majored in technology or engineering, so he didn’t have many obvious job prospects. But he knew he wanted to start a business and that Shanghai was brimming with opportunities. He researched ideas from finance to real estate, then settled on advising Chinese high school students on getting into top US colleges.

The industry seemed chaotic, rife with charges of plagiarised essays, cookie-cutter advice and unkept promises. He was sure he could offer a high-quality and more honest service. Besides, the grinding, spirit-sapping and often irrational process of college admissions was something he was familiar with: He had earned his undergraduate degree at Yale and had just finished graduate school at Stanford. He had also helped two Chinese friends get into Harvard and Columbia in his free time.

Today, Ong, 33, owns and runs Bangdai, which boasts 48 employees in three offices—in Shanghai, Beijing and Shenzhen. He’s earned a reputation—and more than 15,000 Weibo followers—as the go-to counsellor for super-rich Chinese families sending their kids to the US to study at the best schools. That allows him to charge fees ranging from $12,000 to $60,000 a student, or up to as much as the annual tuition at a typical private American college. The company consults with 160 students a year. It’s no secret who’s paying those fees: “Some 25 percent of the people on your rich list are sending their kids to America to study,” he says, referring to the list of the 400 wealthiest people in China that appears on Forbes.com.

That also allows him to pay his consultants $1,500 to $4,500 a month, enormous by Chinese standards considering that the mainland offices of the Big Four accounting firms pay their first-year associates $1,200, according to surveys on ­Glassdoor.­com. (The average monthly income in the highest-paying city, Shanghai, is less than $1,050.)

Bangdai is considered the model for China’s now-more-than-100 boutique college-counselling firms, all charging hefty fees while paying their staff very well. These firms are also spurring an increasing number of Chinese students at leading US colleges to study the humanities rather than the hard sciences.

These elite outfits are just a small part of a local industry that generated $4.5 billion in revenue in 2013, the latest figure available. The bulk of the industry serves a mass market, with some companies advising more than 2,000 students a year and often charging fees based on the schools the student is ­applying to—the higher the school is ranked, the higher the fee, with the average around $12,000.

These companies have come in for sharp criticism. In a report last year, Reuters accused three of the biggest ones of not only ghostwriting personal statements and fabricating recommendation letters but also providing US college-admission officers with free trips to China and then advertising to potential customers that the tours meant they’re “halfway to a successful application to a famous school”. In response, two of the companies issued statements denying the charges; the third didn’t respond. Most of the schools involved said they were unaware of such trips or published statements promising that they would no longer participate in these tours.

The newer outfits are winning business by providing what they say is an individual service to each customer. Many interview students before matching them with counsellors, and if the students think the counsellors will do all the work for them, they won’t pass the interview. Instead, counsellors brainstorm ideas for essays with the students and provide insights into US culture by sharing their own experiences studying abroad. Indeed, Bangdai—which translates as “super awesome”—and similar companies hire mostly counsellors who have graduated from US colleges, while counsellors at the mass-market firms often lack overseas experience. “We are more like incubators of outstanding men and women,” claims Gao Shanglin, a Qing­dao native who’s chief operating officer of Hangzhou-based Stoooges Education, a Bangdai rival.

CS Yang, who’s entering her senior year at the University of Notre Dame, signed on with Stoooges when she began her US college hunt four years ago. “My college counsellor respected who I am,” she says. “He helped me reflect on the 18 years of my life.”

The boutique services are helping to change not only how students approach the application process but also what they study when they get to college. Traditionally, Chinese students going to the US majored in a ‘Stem’ subject—science, technology, engineering or math. The goal was a good-paying job, an H1-B visa and ultimately a green card to stay in the US. Now, though there are few hard statistics, many elite Chinese students are pursuing degrees in the humanities—such as history, philosophy or English literature—even if it doesn’t immediately lead to gainful employment. This year, some 61 percent of Chinese students studying or planning to study abroad said they treat “opening my mind and seeing the world” as their priority, and 56 percent said they choose college majors based on their interests, according to a survey of Chinese students by Beijing-based New Oriental and New York-based market researcher Millward Brown.

These students say their humanities majors provide them with a deeper understanding of American society along with solid English, writing and critical-thinking skills. Ong, who was raised in Malaysia, believes that if future mainland tycoons are educated in the humanities, they will one day infuse made-in-China products with more creativity and culture than China is known for today. But for now, these students return to China after four years of Aristotle, Machiavelli and Shakespeare, and they’re exactly what the new college counselling firms are looking to hire. Once at work, they often promote the path they took, reinforcing the trend toward a classic liberal arts education.

When Max Wang, a former Stoooges counsellor who’s now its chief marketing officer, was applying to US colleges six years ago, his mother told him to go to the University of Illinois at Urbana-Champaign because of the school’s record in producing Nobel Prize-winning scientists. Instead he chose Macalester College, a private liberal arts school in Minnesota, and majored in philosophy and international studies. He says the freedom to study the humanities is a privilege for the new generation of Chinese overseas students, whose parents are willing to invest 20 years of their savings without asking for a quick return upon their kids’ graduation. “Our grandparents are engineers and our parents are doctors, so that we can be artists,” Wang says.

After graduation, the Beijing native returned to China and developed a passion for helping Chinese students get into their ideal US college, only to encounter his mother’s objections. “At first, she believed that consultants lie and manipulate students,” says Wang, 24. “Many of my friends would rather stay in America and hit the glass ceiling than come back. If you come back, you become either a reformer (of an industry) or a failure.”

Working at Stoooges, which serves many students from second-tier cities such as Xi’an and Zhengzhou, has helped Wang understand the concerns of Chinese parents. He says many are focussed only on a school’s rank on the many lists of best US colleges published each year. “Most parents from those cities don’t speak English, and thus the only way they understand US colleges is through the rankings,” says Wang. “It is not their fault.” He also notes that parents are often “superstitious” about American counsellors, thinking they’ll be better than Chinese ones. “They feel safer when their kids are being guided by Americans,” he says.

Bangdai’s Ong says one reason the humanities aren’t popular in China is that parents sense that achievements in such fields are not “quantifiable”. “In China, there are many prizes set up for science but almost none for subjects in the humanities. Not being able to measure achievement makes parents think humanities are second-tier majors.” But in the echo of a popular saying among Chinese parents that “majoring in humanities makes graduation a synonym for unemployment”, young college counsellors such as Ong and Wang are earning their own futures.