These are the faces behind China's video surveillance tech

The natural-intelligence node behind a Chinese AI standout 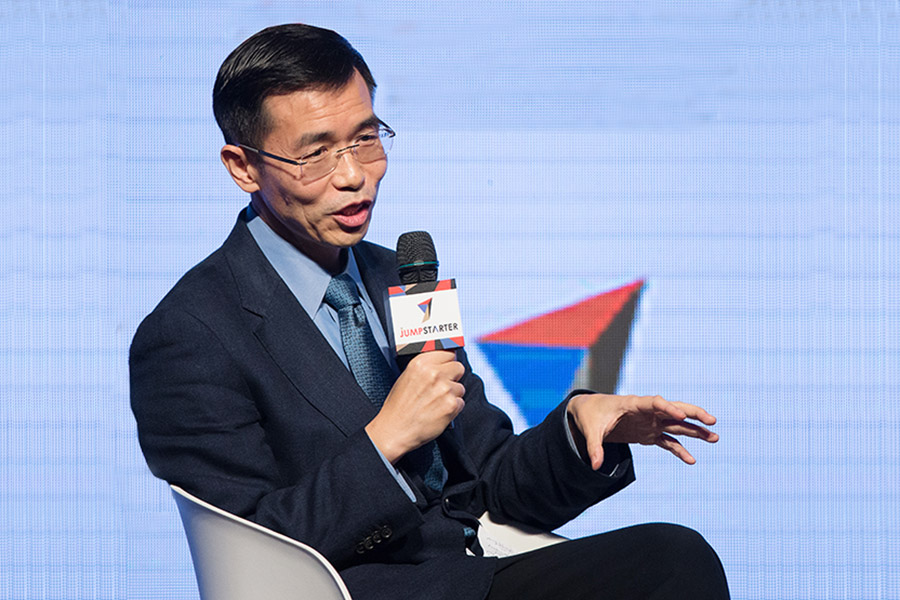 It’s common now to read of the Chinese government’s push to lead the world in applications of artificial intelligence. But, in fact, many of the greatest gains are the result of key individual actions and intersections over many years.

Take the case of SenseTime, a standout in facial-recognition technology and, by virtue of an implied capitalisation it says exceeds $3 billion, China’s largest AI unicorn.

The two formed part of the nucleus of what became SenseTime a few years later, with Xu as CEO. One of Tang’s students at the school, Xu Bing, today spearheads the company’s fundraising and strategic partnerships. And when Tang took a sabbatical from the university in 2008 to head a computer-vision group at Microsoft Research Asia in Beijing, he met Yang Fan, now SenseTime’s head of product development. “It took me a couple of years to find out what I really liked to work on at MIT. Then it took more than 20 years of hard work in this area such that we finally start to see some real industrial applications and impacts. It does not happen overnight,” Tang, now 49, writes in an email.

It also took investors to give the group a critical boost. Justin Niu, a partner at venture capital firm IDG in Beijing, in 2014 visited professor Tang and his research team, still working out of the same university lab. They showed him demos of how a camera enhanced by machine learning could pull distinct faces out of a smoggy day’s tableau in Tiananmen Square.

“Their techniques are quite shocking to me. I realised how far the progress had been in the field,” Niu recalls.

IDG joined with another firm, StarVC, to lead a $30 million investment into the formative SenseTime as Tang was processing the company’s registration paperwork. The professor and his founding group, by then numbering 10 and all at least a decade his junior, parked themselves a few miles away in Hong Kong’s Science Park. Yang Fan added a contingent from his base, Tsinghua University. 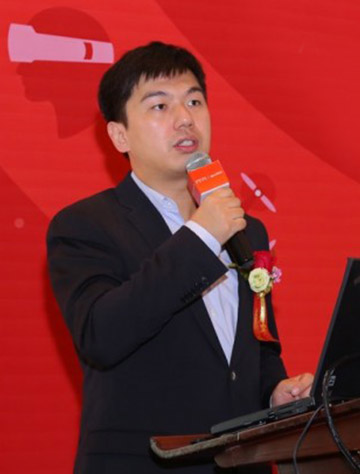 In 2014, a series of technology breakthroughs won SenseTime global acclaim from publications such as Nature and Science and other media attention before IDG came calling. These included a research paper showing its computing capability, the world’s first to outperform human vision under certain conditions, and its claim of beating Facebook’s DeepFace with its algorithms called DeepID.

Fast-forward to 2018, after stakes were taken by other Chinese VCs and private corporations, and by Qualcomm of the US. SenseTime’s workforce numbers 1,500, with five mainland hubs added to the Hong Kong site. Revenues aren’t disclosed, but by Forbes Asia’s estimations approach $100 million.

Tang remains the largest individual shareholder. SenseTime sports two faces: A research team working with 18 professors at universities across China and the profit-seeking commercial operations, which Tang, simply referred to as “founder,” and Xu Li lead. “We hope our professors would continue to focus on the ‘fundamental research,’ including our founding professor, so we can continue to have discoveries,” says CEO Xu, who spent three years at a Motorola research center in Shanghai and six months at Omron Research Institute in Kyoto.

SenseTime’s field is exploding, and it says sales are growing better than fivefold annually. With the proliferation of smart machines and mobile devices, computer “eyes” are seemingly everywhere. In China’s burgeoning fintech sector, SenseTime’s recognition technology has scanned and authenticated the faces of 400 million consumers, 300 million for China Mobile alone. Its software is being used by China’s 10 largest security surveillance manufacturers, fitted on various Chinese phones to catalogue, search and enhance user images, and soon should equip autonomous vehicles in a partnership with Honda.

To put the current pace in context: It had taken SenseTime nine months to produce its first commercial product: A face-based identity-verification system for opening an account at one of China’s 4,000 peer-to-peer microlenders, phasing out days of laborious manual processing. SenseTime claims applying its facial recognition to a security lock can be as safe as an eight-digit password, compared to four digits in 2014.

In mobile apps, SenseTime’s augmented-reality software helps place products in commercials (such as during Alibaba’s Singles Day promotion) and other short videos and live broadcasts. For instance, a performer could pull a showcased item, such as a soda can, from out of nowhere. On top of the consumer uses come the “public security” applications, which can be the most lucrative. “There’s a strong, hard demand driven by smart cities and surveillance,” Yang Fan says.

With positioning technology capable of processing data from 240 points on a human face, a leap from just 106 points before August 2017, SenseTime-aided monitors capture and count every passerby, whether inside an Ikea outlet or at a busy downtown intersection. That can be used for general crowd data (breaking down by age or sex, say, for marketing) or a specific identity search.

SenseTime, with an internal training database of 2 billion faces (many of them collected online) and claiming 10 billion more images and videos, has worked with 40 Chinese localities, including Guangzhou, Shenzhen and Chongqing. Yang cites a case in 2016 in which police in Chongqing, powered by its technology, identified 69 suspects and caught 14 fugitives within 40 days. “What we’ve accomplished [once] happened only in movies,” he says.

At the central government level, SenseTime is working with the Ministry of Public Security’s Third Research Institute to develop the nation’s so-called citizen network identity infrastructure.

The web is another policing opportunity. In 2016 the Cyberspace Administration of China, its central internet regulator, enlisted SenseTime on a national cleanup campaign: To scan and delete online pornography, banishing videos of violence, terrorism and horror as well. This work would otherwise be attempted by legions of labourers. Result: The Chinese web might be the most “hygienic” on earth. “It’s very, very difficult to find all these videos on the Chinese internet today,” Yang says. 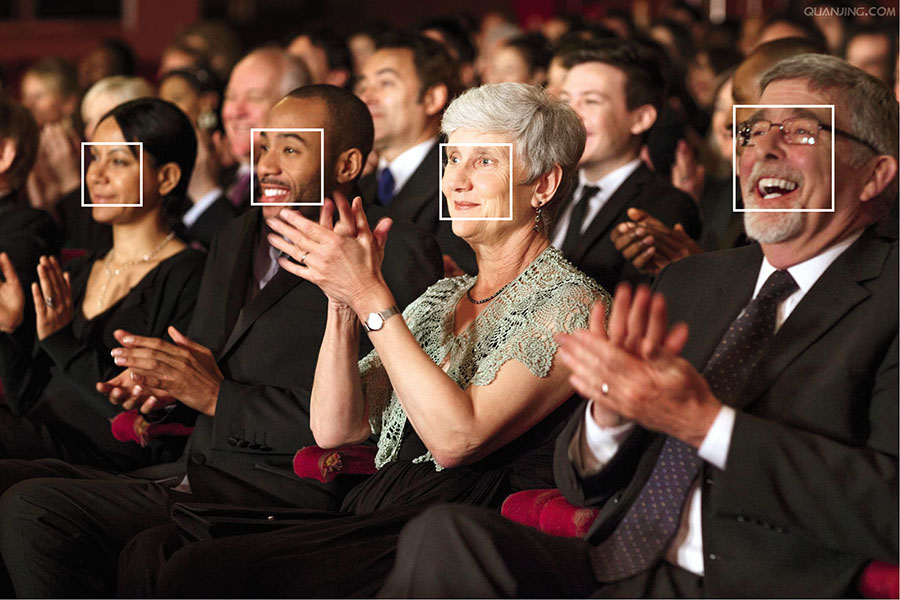 SenseTime’s recognition technology has scanned and authenticated the faces of 400 million consumers
Of course, SenseTime does not have this emergent imaging sector to itself. Two prominent Chinese rivals, Megvii of the Face++ brand and Yitu Technology, are on the same hunt for clients. Megvii, founded in 2011 and backed by Ant Financial and iPhone manufacturer Foxconn, claims its FaceID platform has authenticated the identity of 290 million worldwide, with more than 85% market share in security software for China’s financial industry. Yitu, five years old, with backing from Alibaba founder Jack Ma’s private Yunfeng Capital and giant Sequoia Capital, is active in health care imaging and fintech, and boasts of being an industry leader with 50 percent of market share in some unspecified segments in China’s financial services industry.

A Megvii representative argues that SenseTime’s accuracy in facial recognition doesn’t automatically translate into use applications. Software design needs to fit with computer chips, monitors and an organisation’s procedures. “More and more public security clients look at product compatibility, timeliness and efficiency. Its algorithm could be used as technical support but by itself would not address a security problem,” he says.

Founder Tang is undaunted. At a recent event in Hong Kong, he told the audience: “Dream big. I also learned from my son. He said someday he wanted to build an airplane with a swimming pool in it, calling it 747-380. That’s a combination of Airbus and Boeing. You need to prepare for your dream. I prepared for it for 20 years.”

Supplementing his AI talents in Hong Kong, he scurried for hardware engineers in Shenzhen, and found plenty of software engineers in Beijing and Shanghai. Today, his company has 150 employees with doctorates—and  globally competitive salaries to match. “The success of SenseTime is really based on the connection of Hong Kong with Shenzhen, with Beijing and with Shanghai,” he says.

Its stated ambition is to be the global dominant force in facial recognition, a “platform company” in the category of Google and Facebook, by taking a page from Intel, the global chip giant. Says CEO Xu, “For SenseTime, our algorithms would form the high-entry barrier. We are forming an ecosystem with our business partners. Learning from Intel Inside, we are building up our model. Call it ‘SenseTime Inside’.”