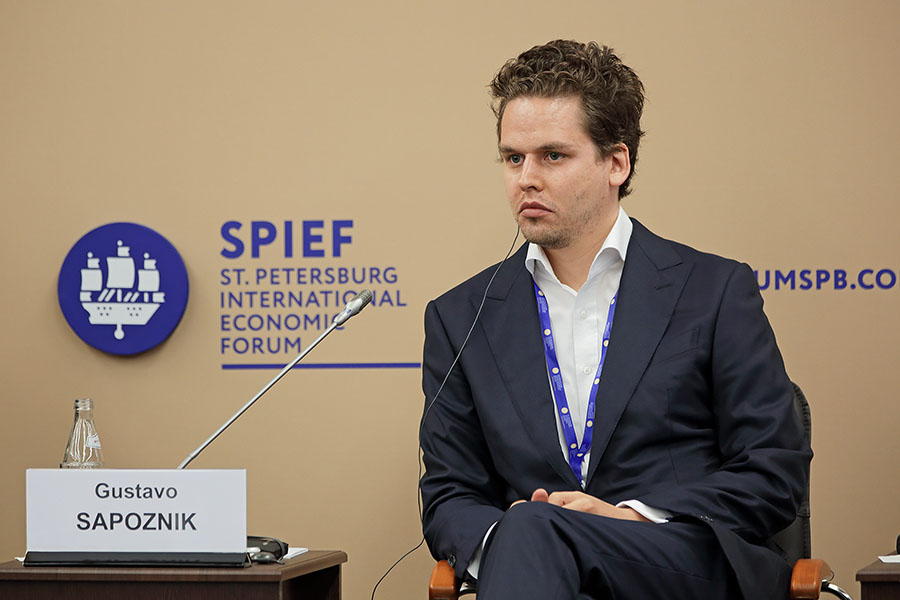 
If you’ve ever felt your blood boil after sitting on hold for 40 minutes before reaching an agent . . . who then puts you back on hold, consider that it’s often even worse on the other end of the line. A customer-service representative for JetBlue, for instance, might have to flip rapidly among a dozen or more computer programs just to link your frequent-flier number to a specific itinerary.

“Imagine that cognitive load, while you have someone screaming at you or complaining about some serious problem, and you’re swivelling between 20 screens to see which one you need to be able to help this person,” says Gustavo Sapoznik, 34, the founder and CEO of ASAPP, a New York City–based developer of AI-powered customer-service software.

Sapoznik remembers just such a scene while shadowing a call-centre agent at a “very large” company (he won’t name names), watching the worker navigate a “Frankenstack” patchwork of software, entering a caller’s information into six different billing systems before locating it. “That was an eye-opening moment.”

The problem has only gotten worse during the pandemic. Call centres for banks, finance companies, airlines and service companies are being overrun. Call volumes for ASAPP’s customers have spiked between 200 and 900 percent since the crisis began, according to Sapoznik. Making call centres work isn’t the sexiest use of cutting-edge AI, but it’s a lucrative one.

According to estimates from Forrester Research, global revenues for call centres are around $15 billion a year. In all, ASAPP has raised $260 million at a recent valuation of $800 million, per data from Pitchbook. Silicon Valley heavy hitters, including Kleiner Perkins chairman John Doerr and former Cisco CEO John Chambers are on ASAPP’s board, along with Dave Strohm of Greylock and March Capital’s Jamie Montgomery. Clients include JetBlue, Sprint and satellite TV provider Dish, all of whom have signed up for multi­year contracts contributing to ASAPP’s estimated $40 million in revenue, according to startup tracker Growjo.

ASAPP has drawn this investor interest by flipping artificial intelligence on its head. For years, engineers have perfected AI to perform repetitive tasks better than humans. Rather than having people train AI systems to replace them, ASAPP makes AI that trains people to be “radically” more productive.

“Pure automation capabilities are [used] out of an imperative to reflect costs, but at the expense of customer experience. They’ve been around for 20 or 30 years but they haven’t really solved much of the problem,” Sapoznik says. ASAPP’s thinking: “If we can automate half of this thing away, we can get to the same place by making people twice as productive.”

The company is a standout on Forbes’ second annual AI 50 list of up-and-coming companies to watch, rated highly for its use of AI as a core attribute by an expert panel of judges. Its focus on using AI to keep humans in the loop is also what sets ASAPP apart, although it’s competing in the same call-centre sandbox as fellow AI 50 listees Observe.ai of San Francisco and Cresta, which is chaired by AI legend Sebastian Thrun, the Stanford professor who greenlit Google’s self-driving car programme.

ASAPP’s focus is natural language processing and converting speech to text using proprietary technology developed by a group led by a founding member of the speech team for Apple’s Siri. Its software then displays suggested responses or relevant resources on a call-centre agent’s screen, minimising the need to toggle between applications. Sapoznik and his engineers also studied the most effective human representatives, trying to replicate their expertise into ASAPP software via machine learning.

That software then coaches call-centre staff on effective ways to respond to customer queries and tracks down critical information. If a caller asks how to cancel a flight, for example, ASAPP software automatically pulls up helpful documents for the agent to browse. If a customer reads a 16-digit account number, it’s instantly transcribed and displayed on the agent’s screen for easy reference.

When things go right, companies using ASAPP technology see the number of calls successfully handled per hour increase from 40 percent to more than 150 percent. That can mean lower stress for call-centre workers, which in turn reduces the high turnover associated with that line of work.

A licenced pilot with a fondness for classical music who studied math at the University of Chicago, Sapoznik first applied his coding skills to his family’s real estate and financial business in Miami. “I’d been doing some work in investments where you build machine-learning product capabilities to trade the markets. The impact there is that there’s a number that goes up or goes down,” he says. Merely making money didn’t excite him.

Sapoznik hopes optimising call centres is just a start for ASAPP, which he founded in 2014. He’s searching for similar “gigantic-size” business opportunities with “brokenness and tonnes of interesting data”. He thinks ASAPP can do that because it’s built like a research organisation—80 percent of its 300 employees are researchers or engineers.

“The exciting thing about ASAPP is not so much what they’re going after now, but whether or not they can go beyond that,” says Forrester analyst Kjell Carlsson. “They, like so many of us, see the incredible potential of [using] natural language processing for augmented intelligence.”

Summarising ASAPP’s potential, Sapoznik draws on his experience as a pilot—in aviation, automation has transformed the cockpit. “It’s increased safety from a pretty dramatic perspective, and it hasn’t gotten rid of pilots yet,” he says. “It’s just taken away chunks of their workloads.”