Jim Clifton built Gallup into the classiest of surveyors. But there was one question he forgot to ask: How do you fight the innovator’s dilemma? 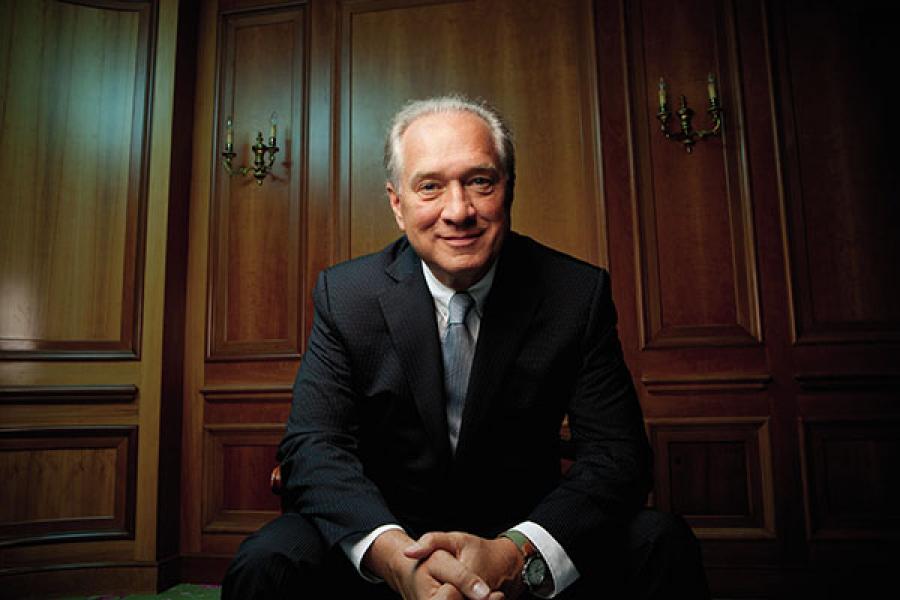 Aim high. For decades that creed has inspired Jim Clifton and his sister Jane Clifton Miller, who run Gallup. They and a bevy of relatives are America’s first family of opinion research. Other pollsters may come across as low-paid minions wandering through shopping centres with clipboards. Not the Cliftons. From a small start in Lincoln, Nebraska, they have created a McKinsey-like panache around their work, helping them build a near $1 billion fortune.

Until recently the Cliftons seemed unbeatable. Their best-known product, the Gallup Poll, is a brand-building giveaway that helps open doors for lucrative contracts to analyse an organisation’s customer loyalty, employee attitudes and managerial talent. Its customers included Wells Fargo, the State Department, HCA and Ritz-Carlton.

These days, however, Gallup’s winning formula is in trouble. The privately held firm doesn’t release financials, but multiple sources say revenue skidded at least 10 percent in 2012 to about $275 million. Profit held up only because the sales force was slashed. Big customers are turning stingy; smaller prospects don’t favour Gallup’s pricey services. A once booming government-contract division is in disarray in the wake of a whistle-blower suit alleging contract fraud. “Growth is harder than hell right now,” Jim Clifton confides over coffee in the boardroom of his Washington, DC, headquarters. “I’m trying to get the Gallup fishing boat over fish. I didn’t have to do that until 2008. All the baits were working. Now it’s a different story.”

Gallup’s troubles can be summed up in three words: The innovator’s dilemma. The term, coined by Harvard Business School professor Clayton Christensen, describes the sickness that ensues if you fixate on your high-end customers and ignore the market’s low end. Cheap, new methods seep in, disrupting a whole industry. It happened in steel, retailing and computer storage. It’s happening again in survey research.

The disruptors slipped into Gallup’s world  in 2003 when Bain consultant Fred Reichheld came up with the New Promoter Score (NPS), a simple alternative to Gallup’s elaborate questionnaires. Reichheld said companies can ask just one question: “How likely is it that you would recommend us to a friend or colleague?” Today anyone can run an NPS survey on the internet in minutes, free of charge, even though Reichheld and partners have trademarked the Net Promoter name.

“There’s a lot more to a customer relationship than a single number,” fumes Clifton. Gallup spent years developing an 11-step gauge of customers’ feelings. Showcase clients have included the likes of Lexus’ US sales arm, but the luxury car maker has switched to a different vendor, Maritz Research, plus in-house analysts. Gallup still has some non-US Lexus business.
Clifton is also running into similar problems with Gallup’s 12-question survey of employee engagement. A big moneymaker in the past decade, its clients include Wells Fargo, PNC Financial Services and Stryker.

Neither Gallup nor its customers will discuss pricing, but Hazen Witemeyer, who completed a PhD dissertation at Georgia State on employee-engagement surveys, says the full-service approach can cost $23 to $27 per person polled.

At Marriott it now costs less than $10 per employee to get engagement data, through a combination of Aon Hewitt polling and in-house analysis. This new system means Gallup no longer runs employee surveys for Marriott’s Ritz-Carlton unit, but it still polls Ritz-Carlton guests.

Cut-rate newcomers like SurveyMonkey run small surveys for free and big ones for pennies per respondent. “From my perspective I think that’s a mistake,” says John Fleming, one of Gallup’s top data scientists. “Our work is scientifically tested, and I’m not sure theirs is.” Gallup’s fastidiousness is on display in Lincoln, where hundreds of people call America every evening. Unfortunately, phone interviewing is a fading art. Gathering the data costs at least five times more than online polling. Caller ID and answering machines mean many subjects won’t even pick up the phone. On a recent evening in Lincoln interviewer Laurie Chrastil made 130 calls and completed only two interviews. Gallup executives say telephone surveys, the source of one-third of all polling data, could drop within a decade to 10 percent.

Connecting with today’s on-the-go public has been tough for Gallup. Creating iPad apps has been a priority only in the past year; capturing the right mix of cellphone users is a constant challenge. Gallup officials insist they are keeping up. COO Jane Miller calls this the “year of disruptive innovation”. But Gallup’s prestige took a jolt in the 2012 presidential election when stats whiz Nate Silver produced the most accurate estimates of President Obama’s victory. Gallup showed heavier Romney support than almost all other pollsters.

Gallup’s recent rigidity is a stark contrast with the Cliftons’ go-getter ways of old. Don Clifton, a World War II bomber navigator, returned to Nebraska after the war, got a PhD in psychology—and decided to ignore his field’s fascination with abnormal behaviour. “Dad noticed there weren’t any books in the library about how healthy people could get better at what they did,” Jim recalls.

Don set up Selection Research, a little company that did talent assessments and market research jobs. Daughter Jane got 10 cents for every survey kit she put together. Son Jim led a team that asked hog farmers how they deal with tail-biting pigs. By 1988 the Cliftons employed nearly 200 people. They paid between $10 million and $20 million for Gallup Inc, up for sale after the death of its founder, George H Gallup. Don became chairman; Jim soon was CEO. For the next 19 years the Cliftons hit all the right levers. By 2002 Gallup was employing more than 1,000 people and posted sales of about $210 million a year.

For insiders who bought early, Gallup’s privately held stock has been a great investment. Stock worth $90 in 1995 goes for $835 today. Non-family employees own about a third of the company; the Cliftons own the rest. At an estimated value of $1.4 billion, the Cliftons’ stake is worth $930 million.

The family could be worth twice as much if the firm had kept growing at its 1990s clip. Jim Clifton blames the economy and customer belt-tightening. “Big companies have no organic growth,” he says. “Their strategies are all about cost-cutting. We need the economy to pick up.”

Some of Gallup’s troubles are self-inﬂicted. A 2009 Clifton memo, obtained by Forbes, told employees that the Department of Defense might eventually be good for $100 million of business a year. No such luck. Trouble began later in 2009, when former employee Michael Lindley filed a whistle-blower suit in Washington, DC, alleging that Gallup padded its billable hours on government contracts.

The US Justice Department joined in that suit last year and, in July, extracted a $10.5 million settlement. Gallup endured a four-month ban from bidding on any new government work. The company never admitted wrongdoing but agreed to sever ties with three executives on its government team.

Jim, who put his 30-year-old son, Jon, in charge of the government group, isn’t showing much contrition. “The government is a very difficult customer, and that’s an understatement,” he says. “It’s sort of like working with dysfunctional relatives. Eventually they decide all the problems are you.” Says Jon: “I won’t stop until I get this fixed.”

Neither Jim Clifton nor Jane Miller wants to see Gallup in the hands of outsiders. “I know you can’t control these things from beyond the grave,” Jim says, “but I hope we can set up something where Gallup can still be independent and family-owned in 100 years.” If the firm can’t get back on the growth track, the next generation may see things differently. There’s probably a survey that would reveal that. And it might involve only one question. 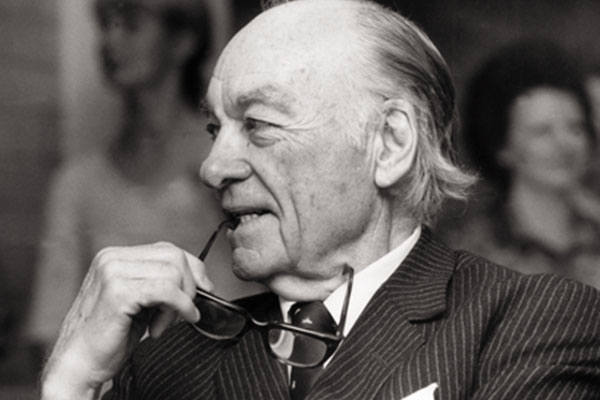 He was the man with a “political slide rule”, as Time put it in a 1948 cover story. Long before the age of big data George Gallup made a name and a small fortune for himself as the champion of opinion research. Every imaginable topic fascinated him. In the 1940s he helped Hollywood ﬁnd the most appealing movie titles; in the 1960s he asked Americans if they would vote for a black presidential candidate. He asked Americans each year whom they admired most, reporting back again and again that Billy Graham was a hero without peer. Born in Iowa in 1901, Gallup worked in advertising research early in his career but found his calling when his mother-in-law, Ola Babcock Miller, needed help with her 1932 campaign to become Iowa’s secretary of state. Gallup’s polls found deep voter anxiety about highway safety. Crusading on that issue helped Miller win a close race. Gallup won nationwide fame by picking Franklin D Roosevelt to win the 1936 presidential race, even though a much bigger Literary Digest poll favoured Republican Alf Landon. Why? Gallup sampled Americans across all income groups; the Literary Digest poll relied too much on wealthy voters with telephones or their own homes. In 1950 his polls showed Eisenhower as the most admired man in America, a ﬁnding that may have spurred the reluctant war hero to seek the White House. Eminently quotable, Gallup once declared: “I could prove God statistically.”