Vietjet: How Nguyen Thi Phuong Thao made history with the airline

Part of the Forbes Asia's Power Businesswomen list, she is the only woman to have started and run her own major commercial airline 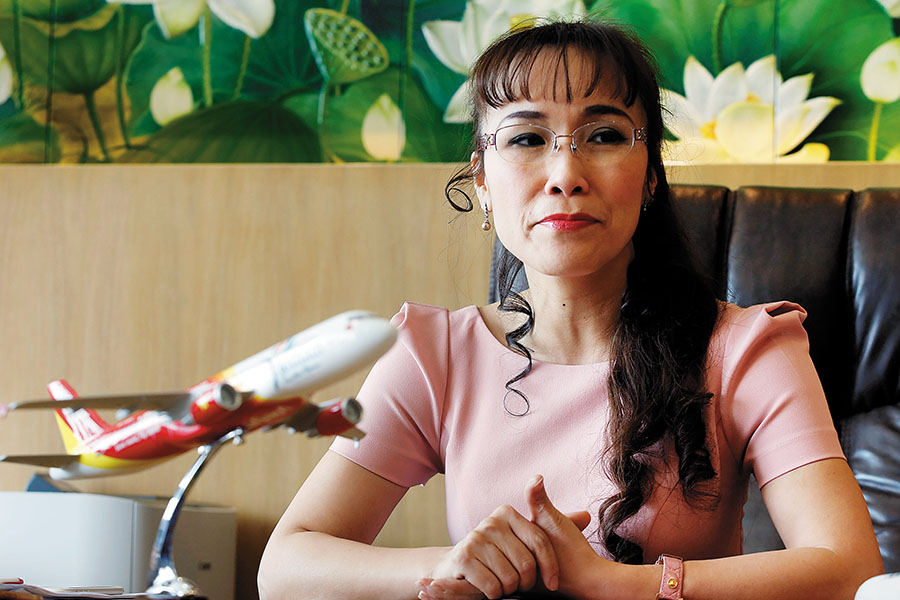 While women have long participated in the 116-year-old aviation industry as pilots and even airline CEOs, Vietnam’s Nguyen Thi Phuong Thao has made history in this traditionally male-dominated business: She is the only woman to have started and run her own major commercial airline, Vietjet Aviation. As such, she epitomises the values of the Power Businesswomen in this issue—entrepreneurs who defy stereotypes and break down barriers.

Her success with Vietjet has also made her very wealthy. She is Vietnam’s first self-made woman billionaire, with a net worth of $2.5 billion, and the wealthiest self-made woman in Southeast Asia. Now, she’s ordering up new jets to take advantage of a booming regional market for air travel and take Vietjet global. Whether she can pull it off will require overcoming Vietnam’s own aging infrastructure, a global pilot shortage and navigating Southeast Asia’s patchwork of aviation regulations.

Thao has already proven she can overcome barriers. Her airline, founded in 2007, is now bigger than flag carrier Vietnam Airlines as measured by passengers carried. She grew in part through audacious service, by dressing flight attendants in bikinis for flights to beach-holiday destinations. The stunt resulted in a fine from the government, but garnered worldwide free publicity for Vietjet and, most importantly, sold tickets.

From just a handful of domestic routes when it launched, Vietjet has slowly expanded to 80 aircraft servicing 120 destinations. “Our strategy is to expand to any regional market within a radius of 2,500 kilometers,” she says, “so we can create bases that cover half of the world population.”

Vietjet’s revenue climbed 27 percent to 54 trillion dong ($2.3 billion) in 2018, while AirAsia’s revenue rose 9 percent to 10.6 billion ringgit ($2.5 billion). This year, Vietjet expects to grow even faster, projecting it will carry 30 million passengers, up 30 percent from last year. “We positioned Vietjet as a regional and international carrier from the very beginning,” says Thao, 49. The two airlines have an intertwined history. AirAsia originally tried to partner with Vietjet in 2010 to enter Vietnam’s domestic air market, only to pull the plug on the deal in 2011. 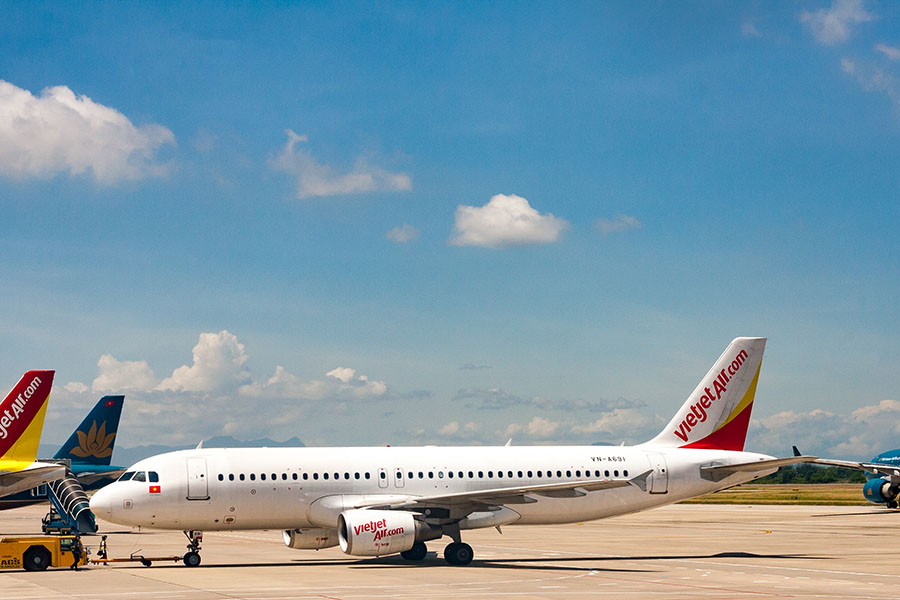 Vietjet is now bigger than the country’s flag carrier Vietnam Airlines, as measured by passengers carried

The key to Vietjet’s success is keeping costs low by packing more passengers into its planes. Vietjet operates at a unit cost of 2.3 US cents per available seat kilometre (ASK), the industry’s measure of efficiency. That figure makes AirAsia’s 3.1 cents per ASK look flabby. Vietjet aims to squeeze even more people into its new, narrow-body Airbus A321neo airplanes. When the first A321neo arrives in November, it will have 240 seats. Most airlines outfit the A321neo with no more than 180.

Asia is fertile ground for Vietjet’s expansion: The International Air Transport Association (IATA) estimates that demand for air travel in the Asia-Pacific, the world’s fastest-growing travel market, will double over the next two decades, representing an additional 2.8 billion passenger journeys every year.

Travel in Vietnam is also booming, supported by its rapidly growing middle class. The country’s airports handled 106 million passengers in 2018, up 13 percent from the previous year. That number included 16 million foreign visitors, a 20 percent jump from the previous year. Anticipating further growth, Vietjet has ordered 386 new airplanes, including 200 from Boeing and 186 from Airbus.

Vietjet’s aggressive expansion is paying off. The company’s shares have more than doubled since its 2017 IPO, giving it a market value of $3 billion—the second-biggest in Southeast Asia, after Singapore Airlines. And Vietjet says it is in talks with partners across the region to expand outside of Vietnam.

The mother of three, Thao is known by colleagues as a workaholic, often working late into the night, according to people close to her.

Thao’s biggest challenge will be negotiating landing slots to Asia’s various destinations, as governments carefully allocate carriers’ access to their airports. “ASEAN has a single aviation market initiative but it does not include some of the major Asian aviation markets, like China, India, Korea, Japan and Australia,” says Albert Tjoeng, assistant communications director at IATA’s Asia-Pacific office in Singapore. “The region is composed of a patchwork of systems—both operational and regulatory—and harmonisation is needed to maximise the capacity of the networks, both in the air and on the ground.”

To obtain landing slots to more international destinations, therefore, airlines like Vietjet usually form joint ventures with partners in different countries. So far, Vietjet has a joint venture in Thailand that operates eight airplanes in an already very competitive market.

Another stumbling block to Vietjet’s expansion is infrastructure. In Vietnam, most major airports are already operating above capacity. Ho Chi Minh City’s airport handled 38 million passengers in 2018, well above its annual capacity of 28 million. The same is true at other major airports in Vietnam, including Da Nang, Nha Trang, and the capital, Hanoi.

Vietjet is open to investing in infrastructure to help alleviate these bottlenecks, Thao says. But Vietnam’s government has yet to finalise plans on whether to expand existing airports or build new ones. Vietjet also faces increasing local competition. As of the end of last year, Vietnam already had 174 registered commercial aircraft operated by at least four airlines. Earlier this year, Bamboo Airlines became the fifth, launching with just four aircrafts. And later this year Vingroup, Vietnam’s biggest publicly traded company by market value, plans to launch its own carrier, Vinpearl Airlines.

A shortage of pilots poses another challenge. According to Boeing, the aviation industry will need almost 650,000 new pilots over the next 20 years, with the Asia-Pacific region requiring 244,000 and the Middle East needing 64,000. “The challenge for the industry and stakeholders, including governments and regulatory authorities, is to ensure that the infrastructure is adequate, while regulatory and resource needs are met to ensure that countries are able to fully realize the benefits that aviation can deliver,” says Tjoeng at IATA.

Thao is undaunted. In addition to packing passengers more densely, she’s been able to boost profits by buying planes cheaply in bulk using low-interest loans, then reselling them to leasing companies. Thao’s goal is to make history a second time by turning Vietjet into the first global airline from Vietnam.

“If we establish an airline in Europe, we can fly to every country there,” Thao says. “With our competitiveness in services, airplanes, management capacity, cost and ability to provide new services, I am completely confident that we can compete in others’ markets, Europe or the US.” Having made history once, she has earned the right to be confident.