What Gave Zippo Its Best Year Ever

Americans don't smoke much anymore, but that hasn't stopped the iconic cigarette lighter maker from having its best year ever 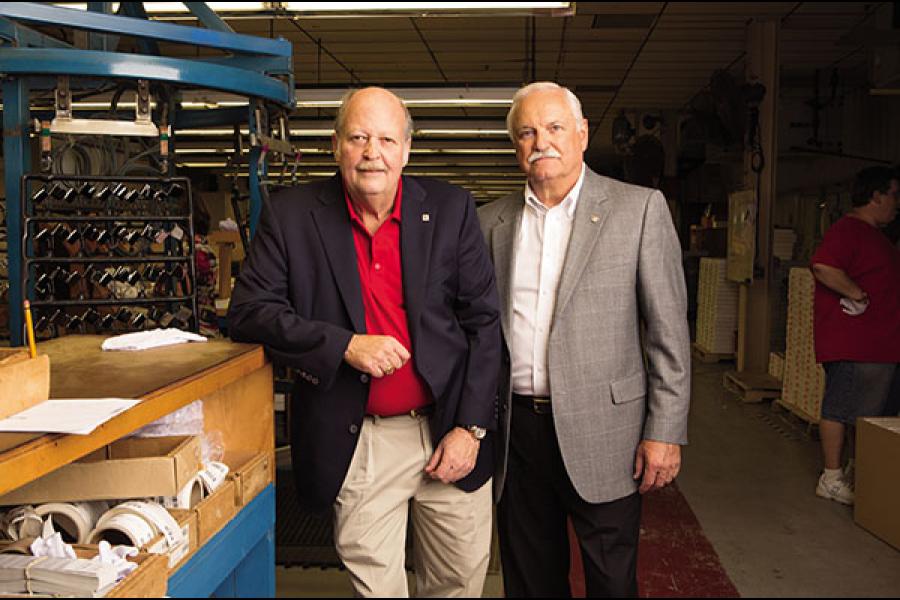 As the third-generation owner of Zippo Manufacturing Co, one question always dogs George Blaisdell Duke: “You guys are still in business?” It’s not that people want to be nasty, he says. It’s just that America doesn’t light up as much as it used to, so it’s a reasonable question for the most famous maker of cigarette lighters in the world. And he has a well-worn answer handy. “Well, of course we are,” he says, reaching across his office desk for Marlboros and his own personal Zippo, a silver one with waves engraved on it. “Business is doing very, very well.”

Never better, actually. Despite the 50 percent downturn in the number of US smokers since the heyday of cigarettes in the 1950s, Zippo booked more than $200 million in sales last year—a record—and had the best May and June sales in its history in 2014. Forbes estimates revenue has increased by a compounded 14 percent in the past three years, thanks to a new, non-smoking CEO, Greg Booth, who pushed the 82-year-old manufacturer’s legendary lighters at a younger audience and expanded business in China. New products—a (legitimately appealing) clothing line and camping gear—and its first retail stores added fuel to the fire. “Zippo has maintained its iconicness,” says Timothy Donahue, an industry observer and editor at Tobacco Reporter, “and it has diversified quite well”.

It’s a long way from the first Zippo, created by George Blaisdell after watching a friend struggle to light a cigarette on a windy day in 1932 in Bradford, Pennsylvannia, a small town in the Allegheny Mountains where Zippo is still based. He came up with a windproof chimney and the distinctive hinged lid—and guaranteed the lighter for life, meaning Zippo would continue to ﬁx the lighter as long as its owner sent it to the factory. After soldiers received the lighters in WWII, Zippo successfully marketed itself with a utilitarian, made-in-America image for the following half-century.

Non-family CEOs ran it after the 1978 death of Blaisdell, who left Zippo to his family. By the 1990s, his daughter Sarah Dorn and her son, Duke, had bought out the rest of the clan. “The more family members that are owners, the more directions that they think the company should go. Sometimes the privately owned companies don’t make it,” says Duke, who has since acquired his mother’s stake, too. “Sometimes people get impatient with the lack of temporary success, shall we say.”

Zippo hit just that kind of a rough patch in the 2000s. Duke won’t comment on how far sales plummeted, but his displeasure can be felt in his decision to make Booth the CEO in 2001. (Booth had been running Zippo’s knife-making subsidiary.) With only himself to please, Duke could wait for Booth to ﬁnd the solution.

The average age of Zippo’s customers then still hovered between 30 and 50. It needed to think younger. Or else, Booth thought at the time, “all the buyers will have Zippos in their caskets, like Frank Sinatra”. (The crooner was buried with his trusty silver Zippo in 1998; replicas were handed out at his wake.) 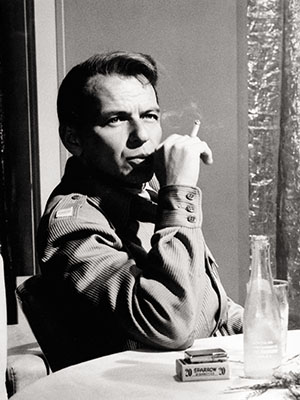 Image: MGM / The Kobal collection
Iconic American performer Frank Sinatra was buried with his silver Zippo in 1998
It needed to reach the generation—ages 18 to 24—who were children when Sinatra died. To do it, the company shifted ad dollars from print to Google AdWords and sponsored music concert series. They churned out lighters with Jack Daniel’s imagery and others inspired by the TV show Sons of Anarchy. (Skull images have proved especially popular.) All told, Zippo produced 30,800 unique designs last year—up from 8,900 a decade ago, a 246 percent increase partly owing to a new Zippo.com feature where you can design your own lighter from scratch. Zippo has positioned itself as a maker of talismans, lucky charms—or something akin to customised belt buckles. “The Zippo lighter is a thing of taste,” Booth says. “Sometimes it’s used by folks just as a fashion statement.”

That’s also the guiding light Zippo is following in China. When Booth took over, the Chinese business didn’t exhibit so much as a pulse. Now it’s 13 percent of Zippo’s revenue (60 percent of sales come from overseas). Zippo ﬁrst put boots on the ground there in 2012, and today it has a 15-person team in Beijing. It has opened 14 retail stores in China—Zippo’s ﬁrst plunge into creating its own stores—with another 35 to come by 2015, all riding the idea of Zippo as an all-American lifestyle brand. The stores carry a Zippo-designed clothing line (logos on the interior tags only), with gear resembling J Crew’s preppy woodsman style. The stores worked well enough for Zippo to open two Las Vegas stores—in the Luxor hotel and Planet Hollywood casino—earlier this year. Zippo has its eye on several more Vegas locations.

Another brand extension: Camping products (grills, stoves, LED lanterns). It launched in 2012, and sales were around $3 million last year; Zippo hopes to hit $20 million by 2016.

For now those products are partly made in China. Greater sales would make it economically feasible to move those overseas jobs to Bradford, where Zippo remains the greatest source of blue-collar jobs, employing around 950 workers. The Blaisdell family remains the town’s greatest patron, even making up the difference at the perennially loss-making country club.

Not everything Zippo tried caught ﬁre. Booth had created an ambitious plan to hit $300 million in sales by 2010: “We had the downturn. That set us back dramatically in terms of sales.” Zippo also planned to acquire more companies. It largely hasn’t.

Success enough, though, for Duke to dread Booth’s retirement at the end of 2015. A replacement will likely come from within the company. Duke has no plans to step down himself, but he is actively cajoling both his 20-something sons to take his place. One has already worked at developing new lighter designs while on his college breaks. “This is just a metal box,” Duke says, twirling his Zippo in his hands and drawing deep on a cigarette. But, he says, “there’s a lot you can do with a metal box.”