You can scorn it, ban it, firewall it and throw Tinder at it. As a peek at the books shows, the Ashley Madison money machine rolls along 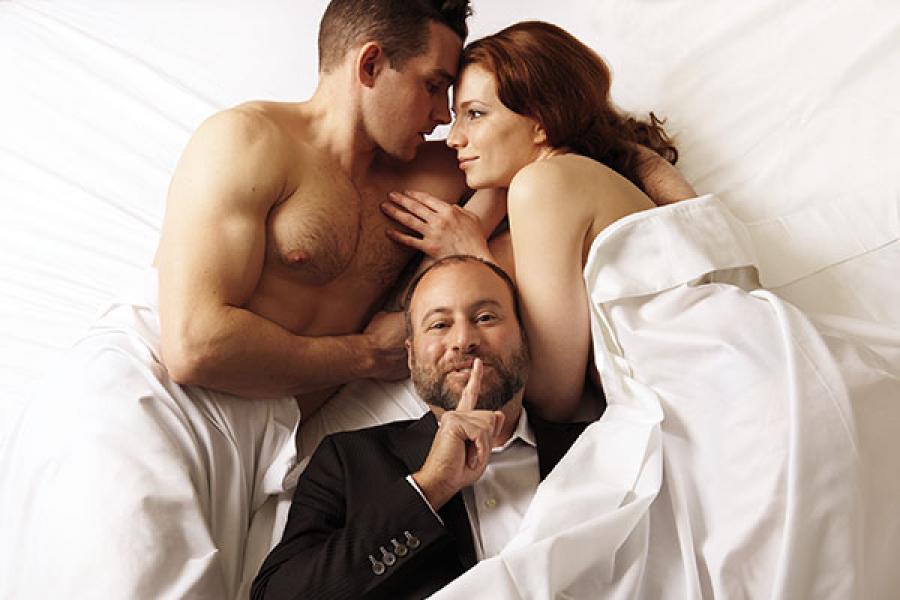 Noel Biderman will usually lie if a passenger on an airplane asks him what he does for a living. He’ll say he’s a lawyer, which is true. Biderman is also a successful entrepreneur who earns more than $5 million a year, but just uttering his firm’s name is enough to halt the niceties. Biderman is the co-founder and CEO of Ashley Madison, a website that facilitates extramarital romance and sex. “There are times that I have told people, and that’s the end of the conversation.”

All the attention and money that dating apps like Tinder are attracting has drawn Biderman into opening up some more about the financials at Avid Life Media, the privately held Toronto holding company that owns Ashley Madison, CougarLife and a handful of other love-connection sites. Biderman is out to prove that he can still compete in an age of free hookup apps like Tinder and OkCupid. Tinder, which has logged 600 percent growth over the past 12 months as of November, has more than 30 million registered users who collectively check out 1.5 billion prospective partners daily—that’s 17,000 per second. The app is even cannibalising revenue from its sister company Match.com (both owned by IAC). Match was up a mere 5 percent towards end-2014. Ashley Madison, in contrast, is still going strong.

Tax documents and figures shared by Biderman showed that Avid Life Media grossed $115 million for 2014, up 45 percent from the $78 million it grossed in 2013, and up nearly threefold since 2010. Pretax profits, says Biderman, will come in at $55 million, which financial analysts say is a typical margin for the industry. Worldwide, the site has had 31 million total users over its lifetime, 6.8 mil- lion of whom logged in over the previous 90 days as of late November.

Biderman appreciates Tinder as a rival and is quick to point out that Avid Life once owned and then sold HotorNot.com, a proto-Tinder site that lets you judge an endless series of people based on their looks but without the swiping or chat feature. After the Apple App Store rejected it, Biderman sold HotorNot. “Rating people was oﬀensive; swiping them is okay,” he says. “I regret that I didn’t think of it first. Congratulations to them.”

Ashley Madison’s clients are older and more prosperous than Tinder’s and not exactly eager to broadcast their moves. “Forty- to 50-year-old married men are not going to log into an account on Facebook,” he says.

Biderman, a former sports lawyer, launched Ashley Madison with a business partner in 2002. They each put up $500,000. It took five years to attract the first million members, but growth took oﬀ after the 2008 recession’s job cuts created a lot more free time for men. Ashley Madison embraced the nightclub model early on, after noticing that men on the site initiate contact with women 99.6 percent of the time. Women pay nothing, but men are charged for each contact. Men typically spend $200 to $300 a year on the site. If you want to wipe your profile completely from the site, that’s an extra $19.

Even in an era of ubiquitous web porn, a site promoting adultery still has the power to oﬀend. Ashley Madison is banned from South Korea and Singapore, and the justice secretary in the Philippines said she would like to do the same. Despite Avid Life’s 2014 ad budget of $34 million, Microsoft’s Bing search engine will still not run Ashley Madison ads. Google will. Many TV stations in the US and all stations in Britain won’t run its spots. Cisco classifies Ashley Madison as an adult site, making it easier for corporate IT to block access for employees. Ryanair turned down Biderman’s oﬀer of 120,000 euros to paint the Ashley logo on one of its planes that ﬂies to Spain (site of possible vacation trysts).

But Biderman has found plenty of willing media outlets, including MSNBC, CNN and Fox News. His marketing is shifting more abroad, where most of Avid Life Media’s growth is coming from. It opened sites in Israel, Hong Kong, Turkey and India in 2014 and is launching next in Thailand, with plans afoot for Russia, Ukraine and Nigeria. Biderman also sees growth possibilities in private texting and e-mailing features, and wants to build a voice product as well.

Biderman says his company is worth $1 billion; analysts say that’s high but not far oﬀ. An October report from Bank of America Merrill Lynch says Match.com is worth $3.8 billion, or 12 times estimated 2015 operating earnings, and Tinder $1.3 billion, or 18 times estimated earnings. A valuation for Ashley Madison, with $55 million in earnings, is likely to fall on the lower end of that range, assuming a sin discount. Biderman disagrees: “If there’s anyone that should be riding the 18- to 20-times multiple it should be a service like ours, which has proven it for the better part of a decade.”

A sale would be a healthy but not crazy-big payday for Biderman. He owns just over 10 percent of the firm after selling oﬀ most of it in a $40 million round in 2007. The investors are a handful of institutions and high-net-worth individuals, most of whom are Canadian, with a few Americans and Germans. But Biderman is doing fine. He has a new Maserati Ghibli courtesy of his board, a Patek Philippe Calatrava from his wife and a beach house in Fort Lauderdale. The one thing the married father of two has not enjoyed, he says, are the extracurricular possibilities his site aﬀords. “I understand the problems of monogamy and the people who need my service. I think I have been able to build a product for them.”

Tweets by @forbesindia
'We have imitators but no single competition': Woodland MD
Shelf-ies