The United Nations estimates that more than 40 percent of India’s population will be living in urban areas by 2030, making it the fastest urbanising country in the world. As cities encroach upon the countryside, rural areas are facing a dearth of talent and labour. The people who migrate to urban centres, meanwhile, lead a miserable existence on the margins 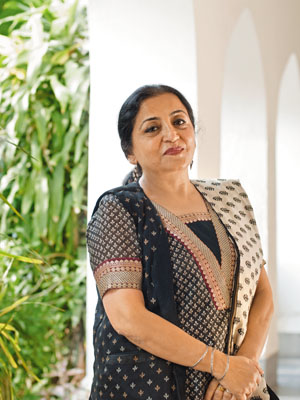 Madhu Purnima Kishwar
Senior fellow at the Centre for the Study of Developing Societies. She is the founder of Manushi Sangathan, an organisation for strengthening democratic rights and women’s rights, and founder-editor of Manushi, a journal about women and society. Kishwar’s research on the theme ‘laws, liberty and livelihoods’ aims to give a pro-poor direction to India’s economic reforms. She has made documentaries on the dynamics of dowry.

The nature of urbanisation in India constitutes one of the greatest civilisational tragedies of our times. This tragedy started during the British rule but continues because the Indian government’s policy with regard to urbanisation is more muddle-headed and callous than its policy towards those working in the traditional sectors, including agriculture. For instance, in the past 60 years, the forcible takeover of farmland for ‘development projects’ have forced more than 50 million farmers to migrate to cities as economic refugees.

There is a misconception among our policy makers and the urban elite that the impoverished rural migrants end up at the bottom heap of urban society because they are uneducated and unskilled. This is because our government policies have made education and skill acquisition synonymous with acquiring degrees from government-certified educational institutions, and that too in the English language. In reality, people from traditional sectors have greater skills than most of our BAs and MAs.

For example, millions of our traditional weavers, who produce exotic fabrics, are abandoning their occupation and migrating to cities to work as rickshaw pullers, peddlers and so on. Similarly, our farmers may not have formal degrees, but most of them have better knowledge of seed development, genetic engineering of plants, food preservation and natural pesticides. They know more about making barren land productive than many with degrees in agricultural science. But they migrate to cities  as servants, truck cleaners and head-loaders.

Likewise, people from the prajapati or kumhar castes specialise in building wells, ponds and other water harvesting structures. But they do not come to cities to become hydraulic engineers; instead they engage in low paying menial jobs. Those who had honed their skills over generations as lohars and sonars do not get the opportunity to share their knowledge of metallurgy and upgrade their skills at engineering colleges. They feel grateful if they get jobs as peons in these institutions. Our sthapatis or traditional architects do not get to design and build homes in our cities because only those with certified degrees, acquired in the English language, are allowed to practice architecture. Instead, they migrate to work as construction workers or undertake other low grade jobs. The most skilled and productive groups of our society who had honed their skills over centuries have been classified as ‘backward’ and ‘most backward’ all because their knowledge base is devalued as it is acquired from traditional sources rather than the ‘modern’ education system.

It used to be said, “32 kalaon ke mishran se ek gaon banta hai (a village needs 32 arts in order to become a functional entity).” The distress migration of the most talented is leaving our villages denuded of much needed skills and therefore more dependent on the cities.

Urbanisation is leading to the genocide of skills honed over generations while failing to provide most of these impoverished migrants the opportunity to learn new skills that are required for the ‘modern’ urban economy. Many take on menial jobs and government policies make life for poor urban migrants as difficult and hazardous as possible.

To begin with, the government’s land monopoly and its housing policy deliberately tilted in favour of the wealthy and the middle classes ensure that the labouring poor cannot find affordable legal shelter. They are forced to live in illegal slums in sub-human conditions. The wretched shelters they raise with their meagre earnings are targeted for clearance operations and demolition operations. Since these settlements are illegal, they are deprived of basic civic amenities such as potable water, drainage and sanitation. The power supply they get is mostly illegal. The illegal status of their housing makes them victims of politically-connected extortionists, who keep them in a perpetual state of fear and insecurity, with the active patronage of the police.

Cities promise entrepreneurial opportunities which enable the poor to move out of poverty. However, the current policies are deliberately designed to crush the entrepreneurial spirit of our people. For example, street vending of goods and services attract a large number of rural migrants because this is one of the few ways to enter the business world with meager capital. But our municipal laws make it impossible for people to apply for and get a vending license through honest means. This makes the overwhelming majority of street vendors ‘illegal encroachers’ who are subject to routine clearance operations by the police and municipal authorities. They are forced to part with substantial portions of their incomes as bribes to the police and municipal officials. For women vendors, pay-offs are not limited to money. They are vulnerable to sexual bribes as well. As a result, one rarely sees young women as street vendors. Mostly older widows or women who have no male members to support them are found in this occupation.

Despite the formal adoption of a new National Policy for street vendors by the central government, in response to sustained advocacy campaigns by organisations like Manushi, and despite repeated interventions by the Supreme Court, most cities and towns are yet to have honest and transparent systems for issuing vending licenses. Consequently, most vendors remain trapped in the web of illegality and survive at the mercy of the police and extortionists. As per Manushi’s calculations, in Delhi, street vendors lose at least Rs. 500 crore every year by way of bribes and confiscation of their goods.

Another major source of self employment for rural migrants in cities is  pulling cycle rickshaws. But the licensing regulations for owning or plying cycle rickshaws is so bizarre that almost every cycle rickshaw owner and puller is trapped in a maze of illegality. Our municipal laws treat owning more than one rickshaw as a crime punishable with confiscation and destruction of the vehicle. Renting or allowing even one’s own brother or son to ply one’s rickshaw invites confiscation and destruction of the vehicle. The registration of cycle rickshaws is also open only once every few years for about four weeks. And not all those who apply for registration may get it.

In response to a petition filed by Manushi, the Delhi High Court declared the existing cycle rickshaw policy as unconstitutional and unlawful. It ordered the government to treat eco-friendly rickshaws as an integral part of the urban transport and liberalise the licensing system. But as with the vendor policy, reforms in the rickshaw policy are being actively sabotaged by vested interests.

These are only illustrative examples. Virtually every group among the urban self employed poor is subject to legalised tyrannies. Garbage pickers have to pay off the police, municipal sweepers and inspectors for picking recyclable material from garbage heaps. Women and young girls are subject to sexual exploitation. The police haul them up on any pretext and implicate them on false charges for pay-offs.

This tyranny not only destroys people’s self-esteem but also makes them lose respect for state agencies. It pushes a large section of the urban poor towards crime, making cities unsafe. We have to work for the safety of the poor who come to cities to provide valuable services, if we want to live secure lives.

Tweets by @forbes_india
A. Damodaran: The Despair of The Ganges
12 Big Debates That Define Our Times, Settled