Shortening competitive time horizons leave ever less time for experimentation. Firms need to 'get it right' from outset 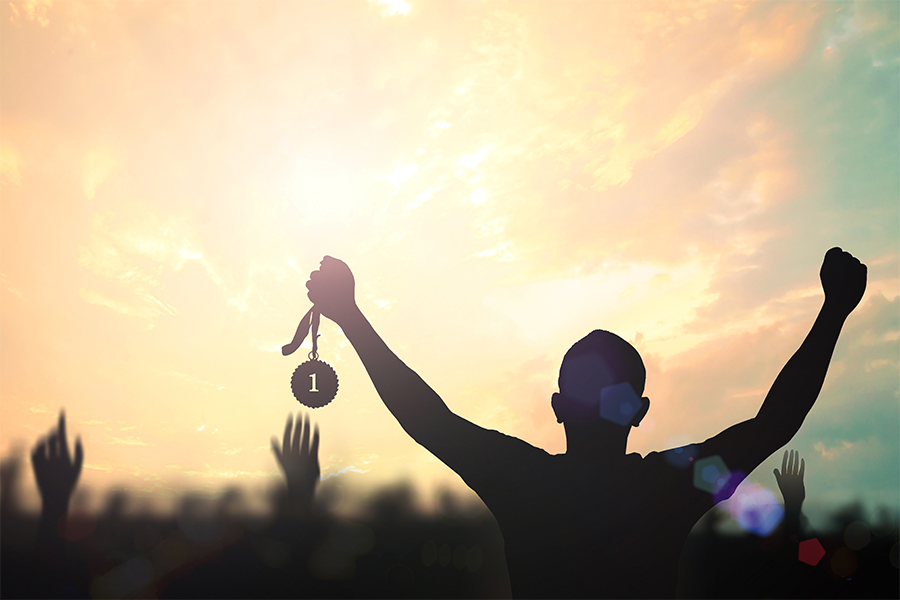 Competitive environments are changing as never before. Many companies are being caught off guard. Playing by the old rules of the game no longer suffices because the game itself has changed. No industry sector has been left untouched. New ‘winners’ are emerging. These are redefining what “playing to win” means; they are changing the way they strategize.

Boxing legend Mike Tyson, when asked about his strategy when entering the ring to fight, replied that he didn’t have one. Asked about his opponents, he replied: "It seems everyone has a strategy…” adding laconically: “…that is, until they get hit."

Looking around us, it appears that more and more firms are getting hit and being left without a strategy. No doubt, the recent economic crisis has left its mark. Business failure and uncertainty have established themselves as the new business norms. A firm’s intrinsic “right to win” is no longer a given. Success, when achieved in today’s business environment, is volatile and transient.

It’s not that business strategists have not coped with demanding competitive environments in the past. However, entirely new, game-changing rules appear to be emerging. These are giving shape to a "new normal" in competitive business contexts.

THE ‘NEW NORMAL’
The ‘new normal’ is aptly characterized by competitive environments that are increasingly “VUCA” - Volatile, Uncertain, Complex and Ambiguous. No industry has been left untouched. Common attributes, regardless of sector, include:
Shrinking time horizons for strategic decision making. Competition is fiercer and changing more rapidly than ever before. This is leaving firms ever less time to react appropriately, irrespective of whether to opportunities or threats. Consider the speed with which smartphone industry leaders Nokia and Blackberry were eclipsed and subsequently relegated to competitive irrelevance by (smartphone upstart) Apple.

Increasing competitive relevance of nonmarket factors.  Nonmarket factors are becoming increasingly important. Without a doubt, technology is still an important driver of change. However, increasingly, we are seeing intricate combinations of nonmarket and technology forces redefining and shaping new spheres of competition. Social network factors that find expression in crowdsourcing and social media are examples. Enabled by cutting-edge technology, they are introducing disruption to previously mature markets. Consider how technology-enabled socio-economic platforms such as crowdfunding are revolutionizing traditional channels in finance. Or, think of the innovative business models introduced by Uber and Airbnb in their respective sectors.

WINNING STRATEGIES
So, how does a firm “play to win” in the ‘new normal’?   Not surprisingly, there is, of course, no simple answer to this question. ‘Good’ strategy has always been an exception, never the rule. VUCA environments, if anything, raise the stakes. We can, nonetheless, take cues from the ‘new winners’. A closer examination of how these are competing reveals some common traits.

Focusing on insight-driven, strategic thinking, not planning.  VUCA contexts - ambiguous, fast-paced and imperfectly understood though they might be - nonetheless, demand strategic decision-making now, in real time. Gone are the days when firms could simply sit back and ‘plan’ their future (not that traditional ‘strategic planning’ ever had much to do with strategy anyway).  So how are the ‘winners’ doing it? They are reverting to first principles-based, insight-driven strategic thinking. This helps them (re-)focus the firm’s efforts on the very essence of competitive differentiation: the creation, delivery and capture of unique, superior value. LEGO’s deployment of cutting-edge ethnographic techniques that help it build an understanding of not only how, but also why children play in their natural environment is just one of the approaches it uses to grow its global leadership position.

Exploiting clever experimentation and learning to fail intelligently. Shortening competitive time horizons leave ever less time for experimentation. Firms need to ‘get it right’ from outset. Yet, even clever experimentation can lead to failure. Indeed, VUCAenvironments increase the probability of failure. Failure in the ‘new normal’ is therefore inevitable. Winning firms have learned to deal intelligently with failure; they make a clear distinction between ‘preventable’ failure and ‘intelligent’ failure. They celebrate intelligent’ because of the rich opportunity it provides for expanding their knowledge frontier. Silicon Valley-based IDEO’s motto ‘fail faster in order to succeed sooner’ exemplifies the design firm’s unencumbered attitude toward trying, failing and learning.  Its unique capabilities for extracting learning from intelligent failure endow it with a distinct competitive edge over its competition.

TAKEAWAYS
Businesses are experiencing unprecedented change in their competitive environments. Volatility, uncertainty, complexity and ambiguity are redefining a competitive “new normal” irrespective of sector. Competitive advantage, if and when achieved, is transient at best. Winning in this new business context demands new approaches to strategizing. Winning firms are refocusing their efforts on insight-driven strategic thinking and strategizing. They are exploiting clever experimentation and intelligent failure for achieving a distinct competitive edge in the ‘new normal’.