Jayant Deo, MD and CEO of Indian Energy Exchange, tells Forbes India that an open market for power can reduce the chances of large blackouts 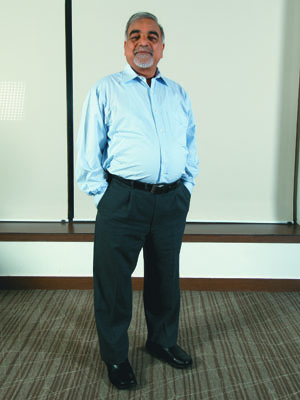 Q. Can you tell us about the Indian Energy Exchange’s growth and where it stands today?
A. The exchange started in 2008 June with less than a dozen participants. Today we have about 600 participants and we are trading about 2000 MW of power daily. So far, we have conducted 35,000 hourly auctions. There has been no delay, no complaints. No error.

Q. How has trading improved?
A. Initially when we started in 2005 everybody said there is a shortage [of power] in the country and questioned who will buy and sell [on the exchange]. We went around the country and collected stakeholders and told them that the exchange is necessary to remove the shortages. The single-buyer model had failed along with Enron [Dabhol power project where the sole buyer was MSEB]. What we needed was a multi-buyer, multi-seller model which we could have in an exchange. Eventually the CERC (Central Electricity Regulatory Comgmission) came out with a paper and guidelines were issued under which the Indian Energy Exchange was established. They stayed it for 9-10 months after which they allowed us to o live in June 2008. They were worried that in a shortage scenario the prices would shoot up. Initially the prices did go up to Rs 12-13 per unit, but eventually, when people understood that this is a long-term game and many joined, the prices came down to about Rs 3 per unit.

Q. What is your take on the recent power outages?
A. We have to look at these power outages from a different angle. Are we utilizing the power available in the country? There is at least 20,000 MW of power which is not being used because it is not getting the price. In such a situation the shortages will increase because you are not using your available resources. Each state, because of monsoon failure, is trying to grab whatever 3,000 MW or 5,000 MW of short-term power is available. And in such a situation such mishaps can occur.

Q. What is the solution?
A. The Electricity Act has provided for market development and that prices should not be administered or regulated. The Act provides that once you give a choice of suppliers, then their tariff won’t be determined. But we continue to determine the tariffs and that is why the market is not developing. It is really a bottleneck and all these kinds of mishaps could have been avoided had our regulators and state governments deregulated tariffs for one MW and above. That is one solution.

But this [power outage] may happen again for whatever reasons. There has to be certain basic minimum power available for vital installations and cities. This can be done by islanding that area, such as in Mumbai. We should also have small power plants; of 10, 20 or 50 MW combined heat and power units depending on the size of the city, which produce about 20 percent of its requirement. This should work as a peaking plant [which runs only when demand is high] every day and also double up as the emergency supplier.

Q. What is your perspective on open access?
A. What I would say is that if you want to develop your market, then there should not be any regulated tariff. Combining the requirement of all consumers is resulting in the cost of procurement of power for the entire bundle increasing constantly because new [expensive] power is coming into the system and based on that we are determining the tariff for retail consumers. In effect, small users are subsidizing large consumers. Take the case of Delhi. Its consumption was about 3,500 MW just 3-4 years ago. It is now 5,600 MW, roughly a 50 percent increase. The small, retail consumer has not increased his consumption by 50 percent. It is the large industries, commercial houses, rich families who have increased their consumption. But the burden is on the small consumer.

Tweets by @forbes_india
Letter From The Editor: Redefining Our Purpose
Podcast: How to Build a Great Nation