William S. Pinckney: India Can Put All Your Assumptions Under a Scanner 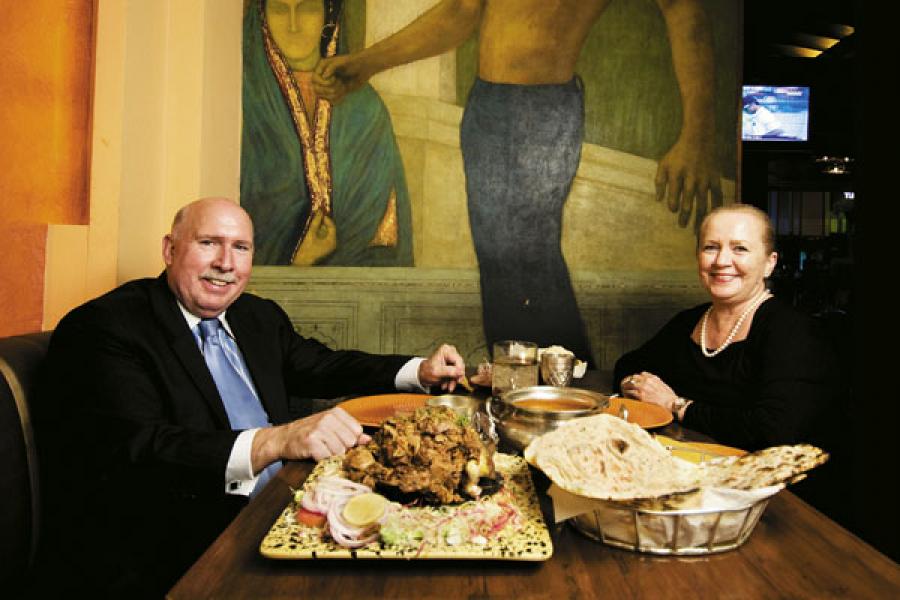 Image: Amit Verma
A DIFFERENT BITE William S. Pinckney likes the food, the people and the warmth of Delhi

He is William S. Pinckney, Managing Director & CEO of Amway India Enterprises
The India Experience Arrived in India in February 1998 and launched Amway’s business in India in May 1998. He’s an active participant in many business forums and think tanks
Work-Life Starts his day at 8.15 a.m. and wraps up by 6.30 - 7 p.m. Works six days a week. Travels 10 days a month
Interests Playing golf. Loves good food and says “Indian food is as good as it gets.”

I came to India in 1998. Our kids were settled and we were looking for some adventure. I was looking at a two-year stint to set up the operations and move on. Six months into my move here, we hired an Indian MD. But soon, he didn’t want to stay. By then I had begun to like it here and was feeling settled. So I stayed back.

Settling Down
Surprisingly, we got settled very fast. My predecessor had set up a house in Sainik Farms [in New Delhi] with virtually everything I needed, including the support staff, generator, etc. That’s the biggest reason why our settling down was so easy.
We liked the people, the food, the city, its warmth. Our stay here has given me tremendous satisfaction. I think settling down has a lot to do with the mindset. I believe you have to make the most of what you have, instead of trying to recreate everything that you had back home.
Managing People
At work, the biggest challenge was the HR part. Back then it seemed that Indian corporate culture was very soft. A lot of employees look at companies as their families. How you give feedback to a man and a woman has to be done differently and sensitively. You can’t be direct and say you are no good.
Sometimes a professional criticism, if not done well, can be seen as a personal attack in India. In India, I think it is very important to spend time with people and build a relationship.
Today, I have 500 full-time employees. Typically, if someone does anything wrong in other parts of the world, you simply fire them. Here you will sit with them, figure out how you will ease him out, ask him to resign rather than sack him. The humane issues — like he has to take care of his family etc. — take precedence. Here, friendship overrides professional work any day. Also, in India, there are no secrets — somebody will always get to know. But I must say Indians are incredibly smart and hard working people, and extremely loyal. You get back exactly what you give. So the effort invested in making relationships pays back.
Doing Business
We came here with many business assumptions. In Australia, we have one warehouse that delivers to the entire country. Typically, our distributors place orders online and we have set up infrastructure to deliver in a short time. We presumed India would be something similar. We set up five offices in major metros. We were hoping that 20 percent of our distributors would come to pick up and the remaining would place orders online for home deliveries.
Around 11 years later, it is exactly the opposite. About 80 percent of them pick up from our centres. As a result, our five offices have expanded to 130. One warehouse has now expanded to 44.
I think if there is one big learning, it is to adapt rather than impose a model from outside. India can put all your assumptions under a scanner. Our e-commerce site is low key. Last September, it did a business of Rs. 1 crore a month. This isn’t to say it’s not growing — this year we will touch around Rs. 10 crore and growing.
I think the key is to be open to change and be willing to adapt. We do many things here that we don’t do elsewhere. For example, multiple sizes. We also have a dual brand strategy here — of having global and local brands, which is almost one-third the price. We have great value products — it’s the only market where we have coconut oil. We realised that it will be easier selling some of these products and then start migrating people to other products.
About 90 percent of our products are manufactured here. This was tough. But one thing is clear: Having a manufacturing facility here allowed us to do things quickly. If I was importing, it would take nine months to bring a product here. If I am manufacturing here, I can turn it around in six-seven weeks.
We did face some external regulatory issues. The tax structure varies from one state to another and is still evolving and changing. At times that can be a little frustrating. US left me alone. Because they knew they didn’t know. Success also helps.

Incredible India
India has changed and so has the way it is perceived. Initiatives in India are being rolled out globally. This thing about having two parallel brands — local and global — is being replicated elsewhere in Latin America. Indian managers here sit on Amway’s global competency teams. There is a recognition of the fact that if you can make it here you can make it anywhere in the world. Business challenges, regulatory environment, competitive intensity — I don’t think any other country in the world is as intense as India.
(As told to Malini Goyal)

Tweets by @forbesindia
The Perfect School For You
High Literature