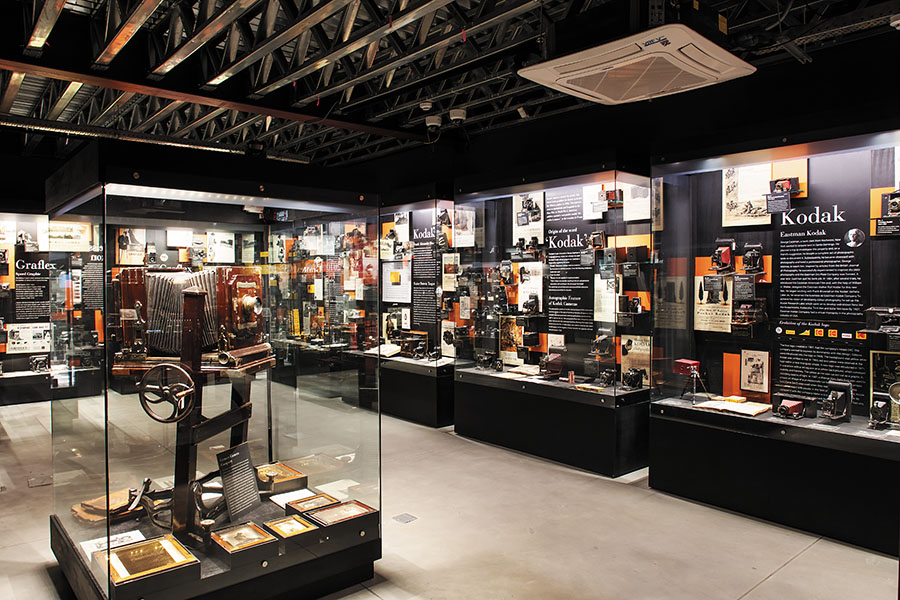 Aditya Arya is seated in a sofa in an atrium, shadowed by a unique chandelier made of twin-lens reflex cameras. Around him are the artefacts of his Museo Camera, with its retro-futuristic industrial interiors, housed in what used to be a government-run badminton court in Gurugram. “I’ve been sitting right here since the day three years ago when the authorities granted me this building to house my collection,” says Arya, whose amazing collection of rare cameras and photography paraphernalia makes the museum one of its kind.

Arya’s collection of more than 3.000 cameras and photography-related items had been stashed in a couple of basement spaces in Gurugram, which he had rented cheaply from friends. In 2009, he began letting people take a look at the collection and word got around. Eventually, the Gurugram civic authorities turned up and showed interest in setting up a museum.

“It was all in here,” Arya says, pointing to his head. “It was merely a plan,” when asked if he had thought of a museum while building his collection over decades. But when the contracts were being made for building the museum in 2017, he learnt architects charged as much for consultancy as his entire budget for the museum. Being the hands-on person that he is, Arya then bought from an ecommerce portal ₹50,000 worth of books about museums, looked up notes from visiting and studying museums on his photography assignments abroad, and got a little help from friends. The result was the digging up of the entire badminton court, and transforming the interiors of the 18,000-sq ft space; only the exterior shell remained untouched.

He drew up plans with help from designer Gopika Chowfla and industrial designer Amit Gulati, and crowdfunded the costs. And despite having to deal with government-approved contractors, he had the museum up and ready within 16 months for its opening at the end of 2019. “I studied history,” Arya says. “This is the history of my profession through its physical objects.”

The seeds of an interest in history were sown in Arya’s childhood in the 1960s, when his father, a professor at the University of Delhi, would take him to Kabaadi Bazar near Jama Masjid on Sundays. “It was exciting,” he recalls. “The huge bazaar with its very interesting objects.” Later, in his teens, Arya would go there on his own, on a bus, roaming about for a couple of hours, curious about the objects that he could occasionally afford to buy; he would bring them home and take them apart, to “figure the mechanics that run them”. 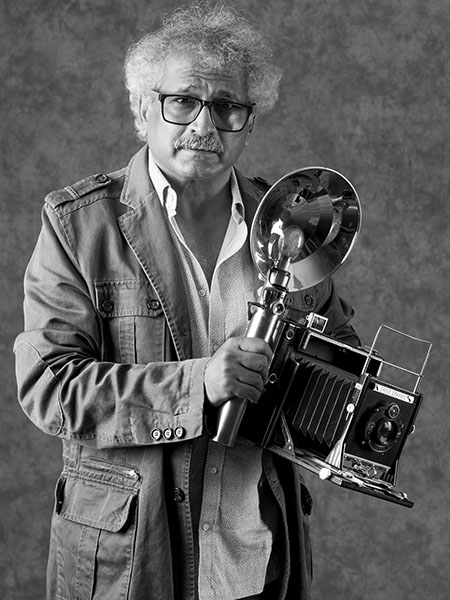 At 16, he got the opportunity to be an apprentice to celebrated photographer Kulwant Roy, who was a family friend, working at his lab and earning ₹20 a day washing his prints. Arya would himself go on to become a successful photographer through the 1990s and 2000s, doing travel and commercial work for clients, earning “good money for good work”. He put all that money into buying the mechanical masterpieces he was passionate about.

“I get WhatsApp messages from ‘kabaadiwalas’ all over the world every day,” he grins, referring to dealers of used cameras. A couple of years ago, he was sent a badly shot photo of an odd piece from a dealer who insisted it was a camera; he usually stocked a lot of military junk on the outskirts of Delhi. Arya drove there, and found the piece to be a K-20 aerial camera used by American pilots who were stationed in India during World War II.

Arya points to sturdy box cameras on tall wooden tripods, displayed in glass cases along the atrium. These were originally from Turkey, which had a tradition of street photographers at tourist sites adept at taking a photo, processing it and handing over the print within minutes. “I bought these cameras, sat up all night at a hotel dismantling them—since they were too big to transport as they were—got help from a bunch of my Indian friends to carry them back on flights, and put them back together again,” he says. 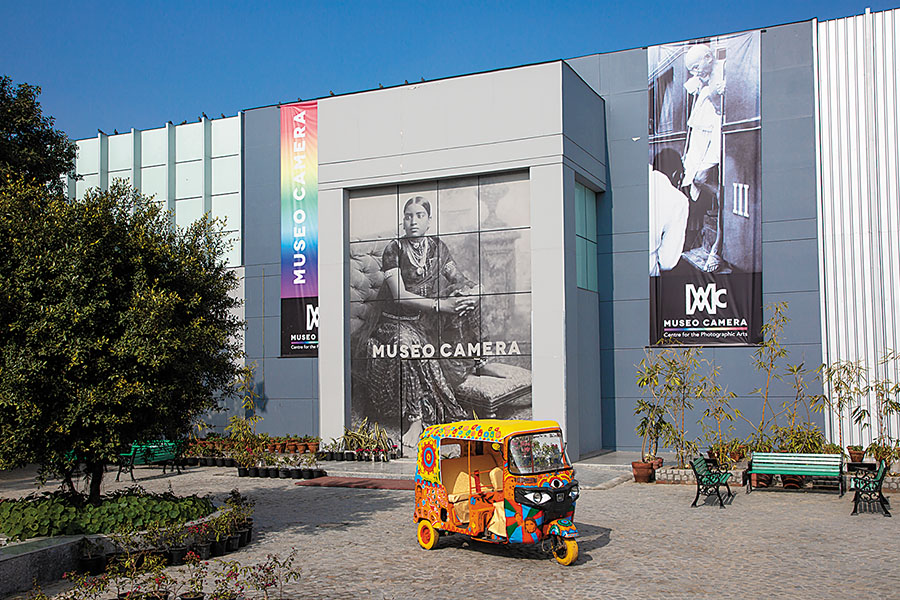 An outside view of the museum
Image: Courtesy Aditya Arya

In his office, Arya is in the midst of taking apart another camera. He explains that what he loves the most about analogue technology is its tactile experience. “Every thing about analogue was a challenge; you were always on the learning curve; you had to be alert and get it right. When you had only four frames of film left in your camera, and your one eye was glued to the camera’s eyepiece and the other to the movement of life floating in from outside, it was a moment of exercise in precision.”

To impress upon and draw a new batch of converts, the museum organised workshops, utilising its full-fledged studio and darkroom facilities, and programmes to support, showcase and award new photographic work. That was until the pandemic hit. It has been traumatic for the museum’s operations since then. The popular cafe inside the museum, however, is abuzz on a weekday afternoon in October. “The big problem with our country is, there’s no cultural philanthrophy. Elsewhere in the world, museums are supported by big companies,” says Arya, who was hoping things would improve by the year end, but knows vaccines will not be available till the middle of next. For now, he’ll have to wait and watch.

Tweets by @forbesindia
The WTO Is Having a Midlife Crisis
Capital Ideas with Vineet Rai, Aavishkaar: Using capital to build a country that's more equal