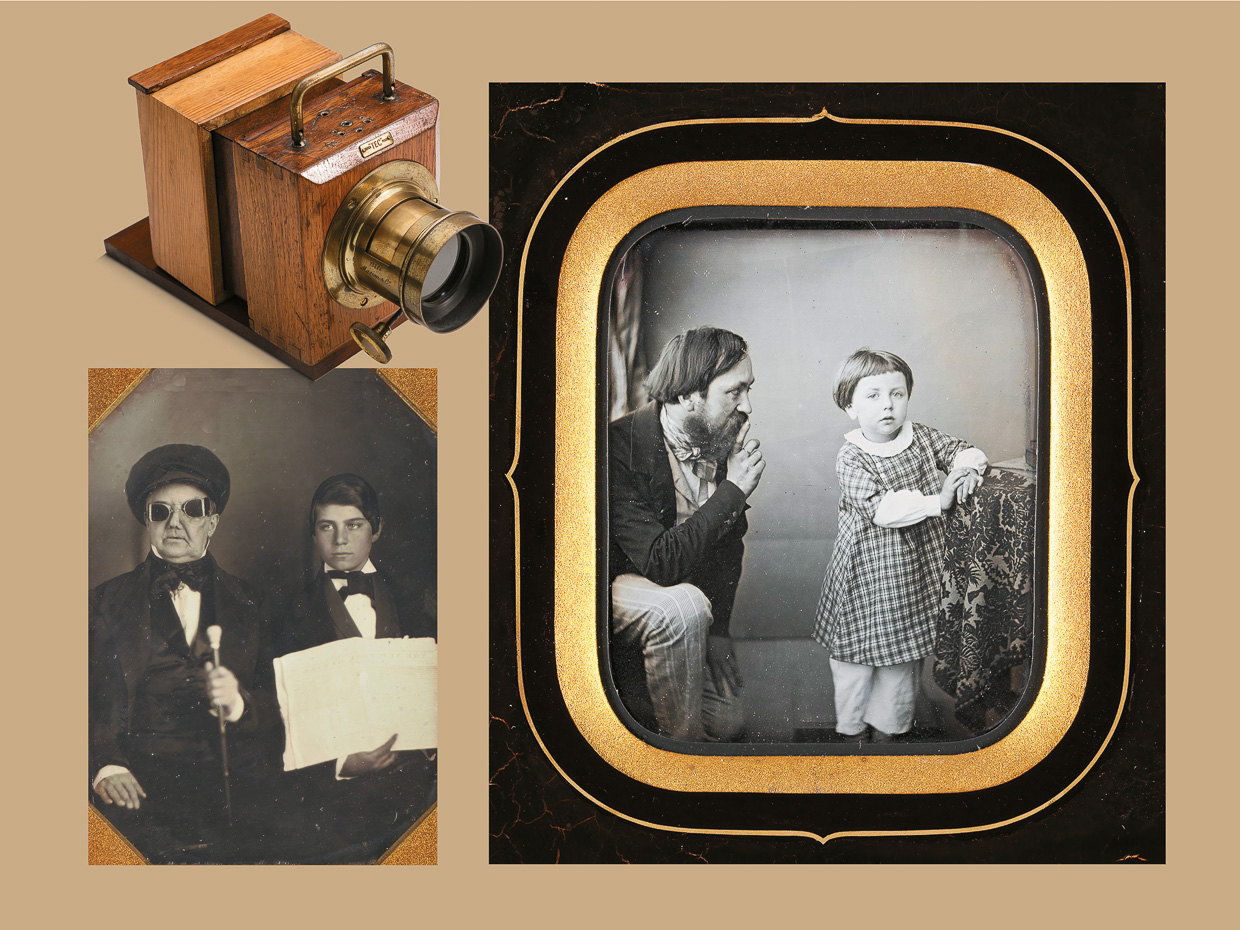 1/10
MARION & Co DAGUERROTYPE | 1860
The daguerreotype sliding box camera consists of two boxes, one sliding inside the other to focus on the image. It was manufactured by Marion & Co around 1860 in Paris. The daguerreotype process—the first practical means of capturing a lasting image by a photochemical reaction—was developed in France in the 1820s and ’30s by Joseph Niûˋpce and Louis Daguerre. Even as portraiture became commonplace, first-time visitors to a studio were discomfited by the use of restraining head braces, by the need to sit still for the duration of exposure, and by the limitations on colours and patterns that they could wear while being photographed. They also complained that they appeared uncomfortable and unnatural in their portraits, while others were displeased with the detail with which the less flattering aspects of their appearance were faithfully recorded.