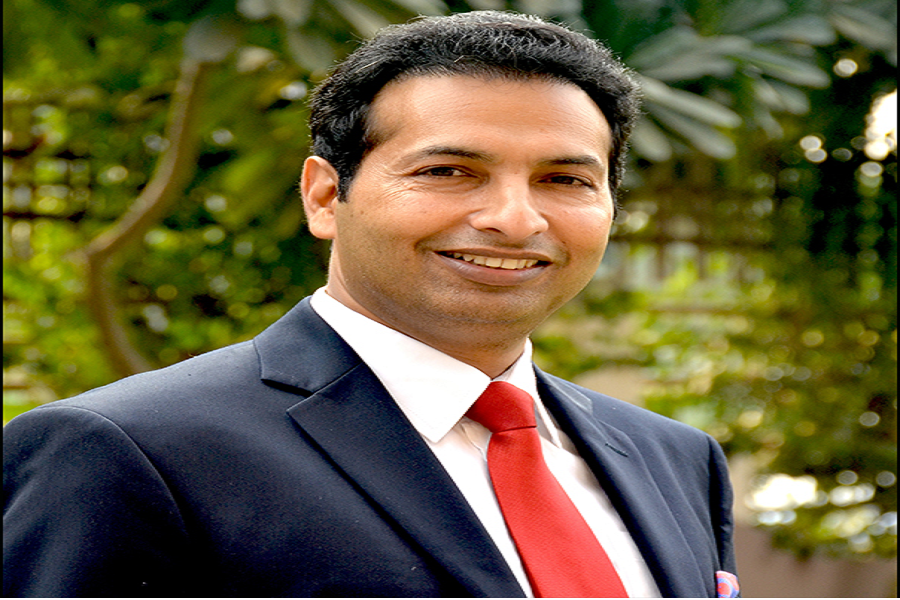 Sarvesh Goel
Promoter, Mansingh Goel Group
Years of experience: Over 25 years
With more than 25 years of success in diversified business ventures, Mr. Sarvesh Kumar Goel, born in 1975 in a village in Haryana, to a business family, never lost sight of his goals even as he succeeded in establishing Timber Business in Lucknow at a young age of 18. His business achievements at such a young age were also recognised by ‘The Pioneer’ in the year 1999. He pursued a college degree in commerce from Lucknow University, but his real education began at his work place because education for Mr. Goel meant to learn more ways on how to augment his dreams. Mr. Sarvesh Kumar Goel is leading his family businesses under Mansingh Goel Group, which comprises of agriculture, rice mill, cold storage, brick fields, coal and food grain trading establishments in Kheri and Shahjahanpur districts of UP. A man of diverse interests, he takes out time from his busy schedules to pursue his creative interests as well. Mr. Goel firmly believes that all work and no play makes a person dull and therefore, he actively takes part in sports, drama and literary activities. He is an enthusiastic cyclist, a marathon runner, an environmentalist and very active on the social circle. He believes in living life to the fullest. Charting The Path
After joining the Mansingh Goel Group, Mr. Sarvesh Goel, a young entrepreneur, became an inspiring businessman and proved his mettle as he established a Call Centre, ventured into tiles trading, trade of stone and marbles, plywood, timber and a government contractor, in 10 years. And thereafter his dreams grew manifold. In the year 2010, he laid the foundation of a world-class school, G.D. Goenka Public School, in Lucknow, and the rest as they say is history because in a very short span of 5 to 7 years, the school carved a niche for itself amidst tough competition with the other prominent schools of Lucknow. Currently, G.D. Goenka Public School, is the top CBSE school of Lucknow and figures among the top 50 schools of India. The school, managed by Nandini Educational and Charitable Trust, established in 2011, is a part of a successful national chain of premier schools. It offers holistic education from pre-nursery to Grade XII in a safe, sound and healthy co-educational learning environment. Nandini Charitable Trust was set up by Mr. Sarvesh Goel as he pursued to make a difference in the lives of people gravitated towards the field of education. Life Lessons
• A self-believer and a risk taking leader with clear goals and immaculate vision to pursue corporate, social contributions with particular emphasis in the fields of education, health care and environment.
• He believes that leadership begins at home. In this nuclear family generation, he still believes in the concept of a joint family.
• He believes in building relationships and makes efforts to sustain them for a lifetime. His business thrives on the phrase which he has coined himself, ‘We are good and goodness is our business strategy.’
• Mr. Sarvesh Goel’s mantra to a flourishing business empire has been building a team of people, who believe in their leader and his leadership, is a catalyst for growth.
• He is an individual who has a very happy demeanour. Helping others with his compassion, knowledge and wisdom is his religion. “In life, run your marathon and do not get distracted by the sprint of others, never lose sight of your aim!” – Mr. Sarvesh Goel. Disclaimer: The pages slugged ‘Brand Connect’ are equivalent to advertisements and are not written and produced by Forbes India journalists.

Tweets by @forbesindia
Salon man of India
US-China Trade War: The global economy was improving. Then the fighting resumed.