Boeing's 737 Max will fly again: What travellers need to know 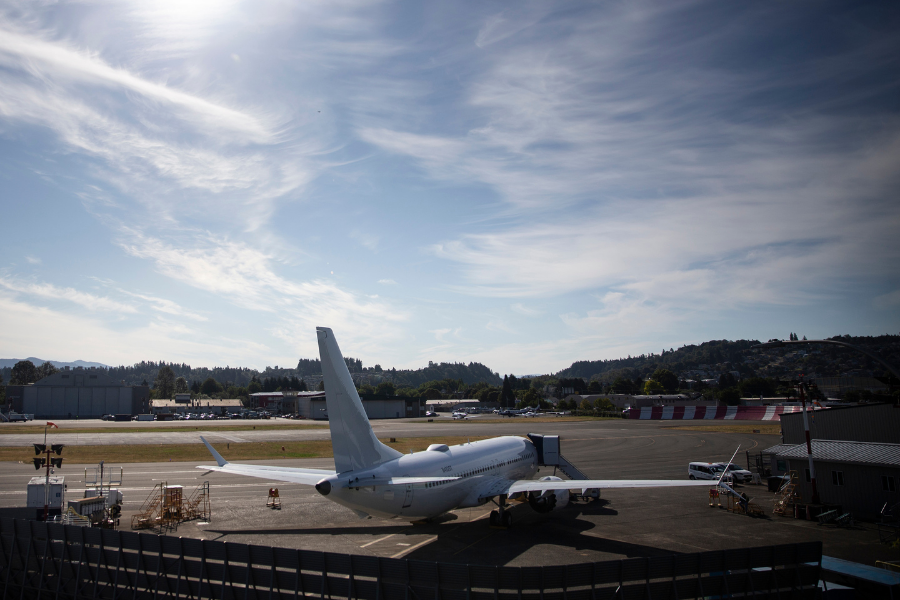 A Boeing 737 Max aircraft near Boeing's facilities in Renton, Wash., July 13, 2020. The Federal Aviation Administration has lifted its ban on Boeing’s 737 Max, allowing the plane to return to the skies after being grounded for more than 20 months following crashes in Indonesia and Ethiopia that killed 346 people. Image: Lindsey Wasson/The New York Times

The Federal Aviation Administration has lifted its ban on Boeing’s 737 Max, allowing the plane to return to the skies after being grounded for more than 20 months following crashes in Indonesia and Ethiopia that killed 346 people. It is a watershed moment for Boeing, which has suffered huge losses from both the grounding and the slowdown in global travel caused by the coronavirus pandemic. Until it was grounded, the single-aisle Max, with up to 230 seats, was a workhorse on routes covering short and intermediate distances. But the lifting of the ban raises several questions about what comes next. When will Max flights resume? Most travelers are unlikely to encounter the Max anytime soon. The FAA must still approve pilot training procedures for the U.S. airlines flying the Max. The planes need to be updated with new software and wiring. And airlines hammered by a steep decline in travel have little incentive to act with urgency. American Airlines is expected to be the first carrier to fly the Max, with plans to use the plane from Dec. 29 through Jan. 4 for flights connecting Miami International Airport and LaGuardia Airport in New York. The airline aims to increase service during January, using the Max for as many as 36 flights out of Miami in a single day, according to a letter from American executives to employees. United Airlines says it expects to start using the Max in the first quarter of 2021, pending more than 1,000 hours of work on each plane, pilot retraining and the outcome of its own test flights and analyses. And Southwest Airlines, a major Boeing client that operates an all-737 fleet, said it would take even longer to press its 34 Max jets back into service. In a letter to employees, the airline’s chief executive, Gary Kelly, said Southwest would not operate the Max until the second quarter of the new year — and not until he and many other senior executives flew on the plane. Alaska Airlines has several dozen Max jets on order and expects to receive the first in January, with service beginning in March. Delta Air Lines, the other large national airline, does not fly the Max. Is it safe? The lifting of the ban on flying the Max comes after nearly two years of intense scrutiny of the plane in the press, in Congress, from the FAA and from aviation authorities around the world. Stephen Dickson, the head of the FAA and a former airline pilot, took the controls on a test flight in September and said he liked what he saw. After the FAA ended the grounding, he said he was confident that proposed changes to the plane addressed any safety concerns. “The path that led us to this point was long and grueling, but we said from the start that we would take the time necessary to get this right,” he said in a video message. “I am 100% comfortable with my family flying on it.” Before the plane can fly again, onboard software known as MCAS, which was blamed for pushing the planes in both the crashes downward, will be overhauled and pilots will be retrained. Every Southwest pilot, for example, will receive training on one of the airline’s nine 737 Max simulators. The Air Line Pilots Association, a union that represents nearly 60,000 pilots in North America, including those at Delta and United, expressed confidence in the changes ordered by the FAA, saying in a statement that the group “believes that the engineering fixes to the flight-critical aircraft systems are sound and will be an effective component that leads to the safe return to service of the 737 Max.” Who will fly? There’s no question that many travelers will be hesitant to fly aboard the Max, but many experts contend that it won’t take long to restore confidence. Airlines are eager to demonstrate the plane's safety, assuring customers that they are reviewing its readiness themselves. United said it would conduct “additional pilot training, multiple test flights and meticulous technical analysis to ensure the planes are ready to fly.” But the pandemic has relieved some of the pressure to get the plane flying quickly — and created an opportunity. Because so few people are traveling, airlines can afford to reintroduce the jet gradually without passing up much business, giving them time to show hesitant travelers that the plane can fly without incident. And analysts believe that a few months without any major problems will go a long way in overcoming any doubts. If the past is any guide, they may be correct. In 2013, the Boeing 787 Dreamliner was grounded worldwide for four months because of smoking lithium-ion batteries in two separate incidents. Passengers were nervous to fly the plane for a period, but Boeing was able to move past the crisis quickly, and now the Dreamliner is central to the international routes operated by many airlines. What about other countries? The FAA’s decision clears the way for airlines to fly the Max in the United States, but other aviation authorities will have to issue similar rulings before it can operate elsewhere. Many are expected to follow suit quickly, but some may take their time and impose their own requirements. Canada’s minister of transport, Marc Garneau, said his agency was still conducting its own review. “We expect this process to conclude very soon,” he said. “However, there will be differences between what the FAA has approved today, and what Canada will require for its operators.”