An internal review started after Jeffrey Epstein's ties to the company were revealed has not produced any public findings. Some employees question whether workplace issues have been properly addressed 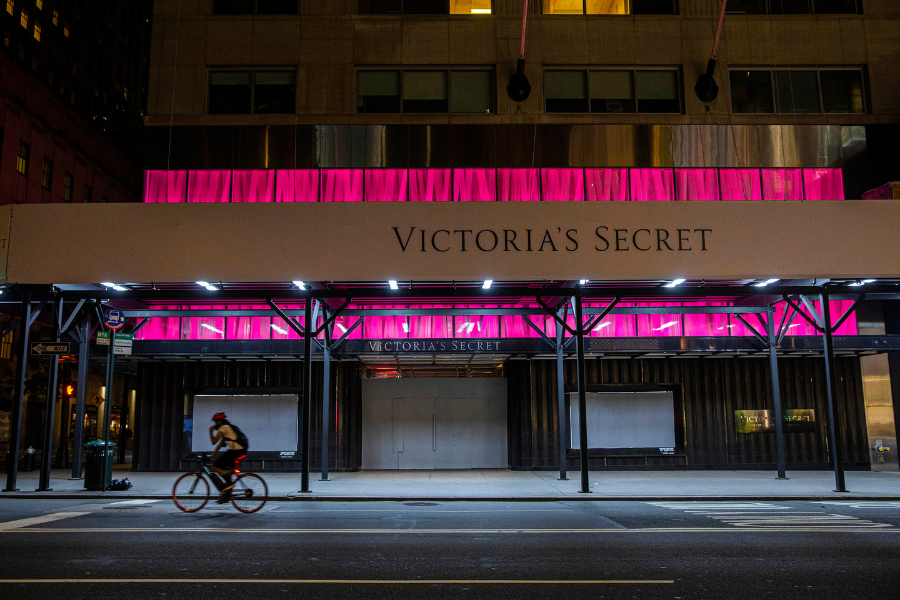 A boarded-up Victoria's Secret store in New York on July 29, 2020. Victoria’s Secret was set to be sold to a private-equity firm this year before the pandemic scuttled those plans.
Image: Hiroko Masuike/The New York Times

It has been more than a year since L Brands, owner of Victoria’s Secret, said it was hiring a law firm to investigate its billionaire founder Leslie Wexner’s close ties to the convicted sex criminal Jeffrey Epstein, but no findings have been made public and the review has seemed to fade from view. Maybe a new law firm will fare better.

After Epstein’s July 2019 arrest, revelations about his sweeping power over the retail magnate’s fortune and how he may have used his link to the lingerie giant to prey on women prompted the company to swiftly declare that it had hired lawyers to conduct a “thorough review” of the matter.

The company enlisted Davis Polk & Wardwell, the white-shoe law firm that it had relied on for legal counsel for years, and which once employed Wexner’s wife, Abigail. But nothing about the scope of the investigation has been released since, and many former Victoria’s Secret employees, including two who had interacted with Epstein, said they were never contacted by lawyers.

Now, a second inquiry has begun at the company. A shareholder lawsuit filed in May suggested Davis Polk was too close to L Brands to be truly independent. The shareholder said they asked the board in February to replace Davis Polk or hire another firm as a “check” for its review of Wexner and Epstein’s relationship.

Last month, at least five current and former Victoria’s Secret employees were surprised to hear from a new lawyer with no affiliation to Davis Polk. Sarah Eddy, a partner in the litigation department of Wachtell, Lipton, Rosen & Katz, said she was commencing a separate investigation on behalf of two independent L Brands board members: Sarah Nash, who became its chairwoman this year, and Anne Sheehan.

In an email obtained by The New York Times, Eddy said her firm was investigating “allegations raised in shareholder demand letters and civil complaints concerning, among other things, connections between L Brands and Jeffrey Epstein.” The former employees, who spoke on the condition of anonymity citing fear of retribution, all said they had received similar calls and emails. Shareholder complaints have also raised concerns about allegations of misconduct and a culture of harassment and misogyny at L Brands and its lingerie powerhouse, suggesting that the new investigation could be looking into those issues.

Nash, a former executive at JPMorgan Chase and CEO of Novagard Solutions, and Sheehan, an expert in corporate governance, joined the L Brands board last year after an activist investor pushed for more diversity and fewer directors with business and social ties to the Wexners.

Eddy declined to comment. A representative for Davis Polk did not respond to requests for comment.
The new investigation is the latest jolt for L Brands and Victoria’s Secret, and comes months after the pandemic foiled a plan to sell the lingerie brand to a private-equity firm. Even before the revelations about Epstein, Victoria’s Secret was battling a decline while facing criticism that its lingerie-clad models were out of step with current views of beauty. That put fresh attention on its management and the board of L Brands, which also owns Bath & Body Works.

Wexner, 83, has sought to distance himself from Epstein, who died in prison last August in what was ruled a suicide. But L Brands has also faced intense scrutiny about its workplace environment. An article by The Times in February showed that Wexner and his former chief marketing officer, Ed Razek, presided over an entrenched culture of misogyny, bullying and harassment at L Brands and Victoria’s Secret.

Wexner stepped down as CEO and chairman of L Brands in May, but nearly all of Victoria’s Secret’s remaining top leaders are men he hired or promoted, including the brand’s interim CEO, who was appointed to that role despite an extramarital affair with a subordinate that became widely known inside the company. The scarcity of women in the highest ranks of the company has frustrated some employees.

“This year, we have amended our board governance, made significant policy changes, initiated a robust diversity and inclusion strategy, and greatly enhanced associate communication,” Nash said in a statement. “It’s truly a new day for L Brands and I’m excited about the progress we continue to make for our associates, customers and communities we serve around the world.” She said she was proud that half its board was now women.

Two current employees said they were cautiously optimistic that Wachtell’s independence could allow the new investigation to address the company’s workplace culture.

In May, the company’s board said that Stuart Burgdoerfer, L Brands’ chief financial officer for more than a decade, would also become interim CEO of Victoria’s Secret. Some current and former employees wondered how significantly Burgdoerfer could improve the company’s culture. Several years ago, while he was engaged in an extramarital affair with an L Brands employee, flyers with both of their photos were placed on car windshields in a company parking lot, saying in part: “Hope you two can buy enough lingerie to make up for the damage you caused your families!!!”

News of the affair and the flyers spread through the company and even reached at least one Wall Street analyst. The matter was never addressed internally with rank-and-file staff. Burgdoerfer and the employee, who left the company this year, were recently married.

Charles McGuigan, the longtime chief operating officer of L Brands who departed in July, was also in a serious relationship with an employee who worked in store design and construction. Five current and former employees said that the situation was viewed as particularly egregious because McGuigan also oversaw human resources for a time while in the relationship.

Brooke Wilson, a company spokeswoman, said that the relationships “were fully and thoroughly disclosed to the appropriate people, including the board.” She said that there were no reporting relationships between the individuals or violations of company policy.

Until last year, L Brands had given investors few reasons to complain. Wexner previously had a sterling reputation as the longest-serving CEO in the S&P 500 and was a major force in shaping the American mall through L Brands, which once owned chains like Abercrombie & Fitch and Express. He and his wife are prominent in Ohio as the biggest donors to Ohio State University. (Davis Polk, the law firm the company first enlisted for its investigation, has contributed money to Ohio State’s Wexner Center for the Arts.)

But the ties to Epstein, who had unusual control over Wexner’s billions and obtained assets like a New York mansion and private plane through their connection, dented the tycoon’s legacy. Earlier this year, three former L Brands executives told The Times that Wexner was alerted in the mid-1990s about Epstein’s attempts to pitch himself as a recruiter for Victoria’s Secret models, but the CEO did not appear to act.
In February, L Brands announced a plan to sell a majority stake in Victoria’s Secret to the private-equity firm Sycamore Partners, whittling the public company down to Bath & Body Works. Once the sale closed, Wexner planned to step down as CEO and chairman of L Brands but remain on its board.

Then the pandemic hit, dealing an outsize blow to mall chains, especially apparel sellers, and Sycamore backed out of the deal after some legal wrangling. In May, there was a management shuffle at Victoria’s Secret and Bath & Body Works, which are still being run as separate companies within the publicly traded L Brands, and Nash replaced Wexner as board chair. Wexner and his wife remain on the board but three directors retired, including a former Ohio State president as well as two who had served for more than three decades.

Morale has been low in a difficult year that has included hundreds of layoffs in New York and Columbus, Ohio tied to the pandemic.

While L Brands’ shares soared 92% this year through Monday, they remained 64% below a 2015 peak.
On Wednesday, L Brands reported net sales for the quarter that ended Oct. 31 had increased 14% to $3 billion, driven by the performance of Bath & Body Works. The company swung to a net profit of $331 million in the period, compared with a $252 million loss a year earlier.

Tweets by @forbesindia
Boeing's 737 Max will fly again: What travellers need to know
Photo of the Day: Preparations on for Chhath Puja by the Ganges