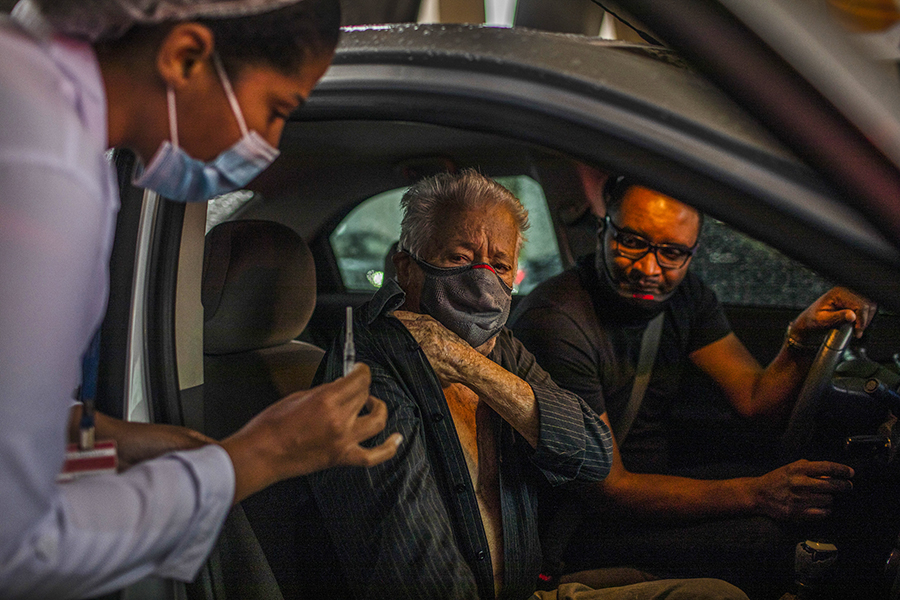 A drive-thru vaccination site for people over 85 years old at the Pacaembu stadium in Sao Paulo on Feb. 21, 2021. Brazil is seeing a record number of deaths from the coronavirus — a spike partly explained by the spread of a more contagious variant and a growing disregard for precautionary measures.
Image: Victor Moriyama/The New York Times

Tweets by @forbes_india
FILA 2021 Covid-19 Innovator: Prashant Warier, pivoting on point
'She is a hero': In Myanmar's protests, women are on the front lines