Despite the risks, women have stood at the forefront of Myanmar's protest movement, sending a powerful rebuke to the generals who ousted a female civilian leader and reimposed a patriarchal order that has suppressed women for half a century 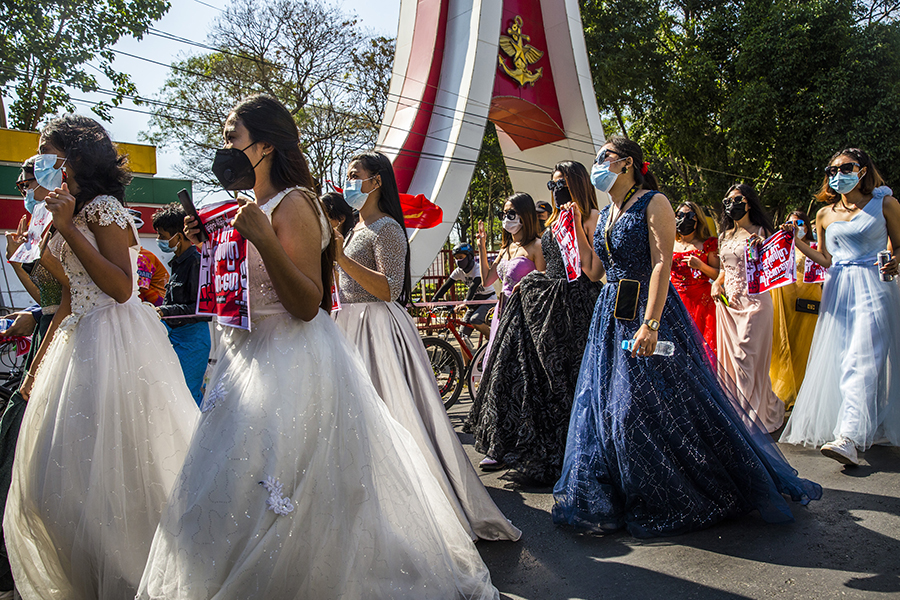 A group of women wearing formal gowns march in Yangon, Myanmar, on Feb. 10, 2021, to protest against the military coup. Despite the danger, women have been at the forefront of the protest movement, rebuking the generals who ousted a female civilian leader.
Image: The New York Times

Tweets by @forbesindia
Brazil's Covid-19 crisis is a warning to the whole world, scientists say
Ten interesting things we read this week