For nearly a century, Pratt & Whitney has occupied an important spot at the centre of the U.S. aircraft industry. But, a recent series of startling airplane engine failures has cast a harsh light on the storied Connecticut aerospace manufacturer. 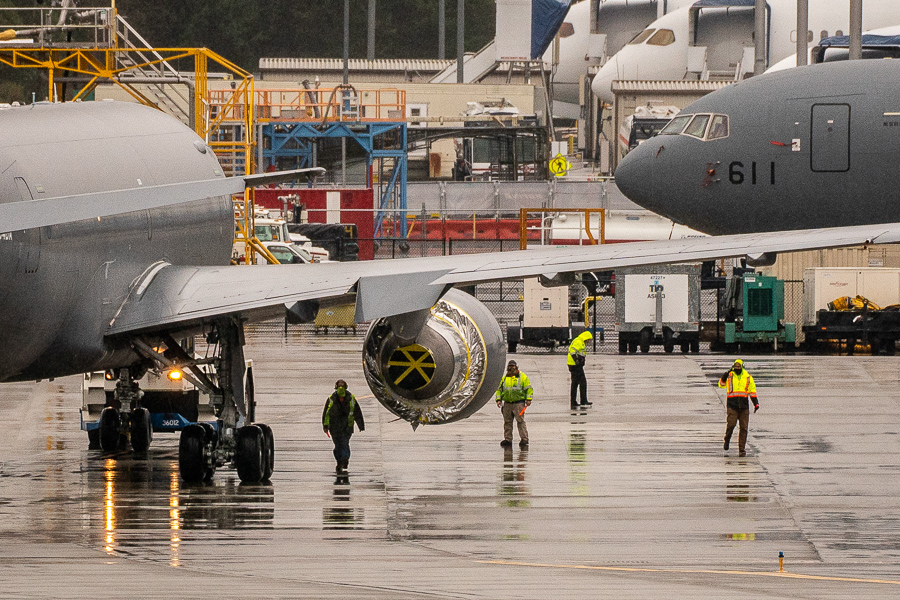 The company’s products were involved in two episodes over the weekend in which engines failed in flight, shedding debris over populated areas in Colorado and the Netherlands. In December, the failure of a Pratt & Whitney engine forced a Japan Airlines jetliner to turn around shortly after taking off from Okinawa.

The episodes, which involved Boeing aircraft, all ended in safe landings, and it is too soon to say whether they were connected. But they prompted action by aviation authorities and airlines around the world, raising questions about what went wrong.

“What’s being missed? Is it an inspection cycle? Are they doing proper types of inspections? Are there commonalities between the three failures? Those are the kinds of things that the investigators are going to be looking at now,” said John Cox, an accident investigator and the head of Safety Operating Systems, an aviation consulting firm.

For nearly a century, Pratt & Whitney has occupied an important spot at the center of the U.S. aircraft industry. As well as having huge contracts with civilian airlines, it has for decades supplied engines to the military, including those used in World War II.

Pratt & Whitney, which is based in East Hartford, Connecticut, issued a statement Monday saying it was working with regulators to step up inspections of the engines used to power Boeing 777 jets. It declined to elaborate in response to queries.

The National Transportation Safety Board is leading the investigation into the episode over Colorado on Saturday, in which the right engine on a United Airlines jet bound for Hawaii burst into flames before landing safely in Denver. Like the December flight in Japan, the United episode involved a 777 equipped with a Pratt & Whitney PW4000 series engine.

The incident over the Netherlands, also on Saturday, involved a 747-400 freighter with an engine from the same Pratt & Whitney series, but the aviation authority in Europe said Monday that the specific model was different from those in the Colorado and Japan incidents.

“Nothing in the failure and root analysis show any similarity at this stage,” the aviation authority, the European Union Aviation Safety Agency, said in a statement.

After the United flight’s engine failure, the aviation authority in Japan ordered airlines there to stop flying all 777s similarly equipped. In the United States, the Federal Aviation Administration said it would require increased inspection of planes with those engines. And Boeing called for the 69 planes with that engine model currently in service around the world to be grounded.

In a news briefing on Monday night, Robert L. Sumwalt, the chairman of the NTSB, said two of the 22 fan blades in the United plane’s engine were found fractured. One blade was embedded in a part of the engine, while the other was found on a soccer field in Broomfield, Colorado. One of the blades showed damage consistent with “metal fatigue” and was being flown to a Pratt & Whitney laboratory for inspection alongside NTSB investigators, he said. The agency is also evaluating the plane’s maintenance records and information from the flight data recorder and cockpit voice recorder.

“Our mission is to understand not only what happened, but why it happened so that we can keep it from happening again,” Sumwalt said.

Last month, the Japanese Ministry of Land, Infrastructure Transport and Tourism concluded that the December engine failure was caused by metal fatigue in the fan blades. An initial examination of the United flight found that two parts had separated from the engine and that two fan blades had also fractured, according to the NTSB.

“I was sad to hear that one of the fan blades failed, but really impressed with how everything worked after that,” said Robert Kielb, a professor at Duke University’s school of engineering. “If a blade does fail, the planes are designed to fly on one engine.”

With the 777s flying those engines now grounded, Kielb said Pratt would need to take a closer look. “They probably need to inspect the fan blades better,” he said.

Also of concern was the fact that the cowling — the circular piece on the front of the engine — fell from the sky.

Once a major airline takes possession of a plane, it typically takes over responsibility for routine maintenance and inspections of all parts of the aircraft. Pilots circle planes before each flight, conducting visual inspections, including of the fan blades. Technicians run checks of various systems. When a part like an engine is need of deeper repair or inspection, it is often sent to a third party or the manufacturer itself for a look.

“Boeing does not routinely undertake engine maintenance,” the company said in a statement Monday. “All decisions beyond published approved manuals are the responsibility of the operator and engine manufacturer.”

Manufacturers like Pratt & Whitney do not make a lot of money when selling their engines, but the multiyear servicing contracts with airlines have fat profit margins, stock analysts said.

The servicing business can be lucrative, and the income from servicing can increase toward the end of an engine’s life as more maintenance is needed. Huey said Pratt & Whitney and others typically did not reveal exactly how much of their overall profit comes from maintenance.

Another airline incident took place on Monday afternoon, when a Boeing 757 operated by Delta Air Lines flying from Atlanta to Seattle was diverted to Salt Lake City after the pilots received an indicator warning of a possible problem with one engine, the carrier said in a statement.

Out of what the airline said was an abundance of caution, Flight No. 2123, with 122 passengers and six crew members, deviated from its course over southeastern Idaho and turned south toward Salt Lake City. The flight landed safely around 4 p.m. local time, a spokeswoman for the airport said.

Tweets by @forbes_india
Puducherry loses trust vote: What is President's rule?
One year of Covid-19: What we know now