How the Dream of Hong Kong Democracy Was Dimmed 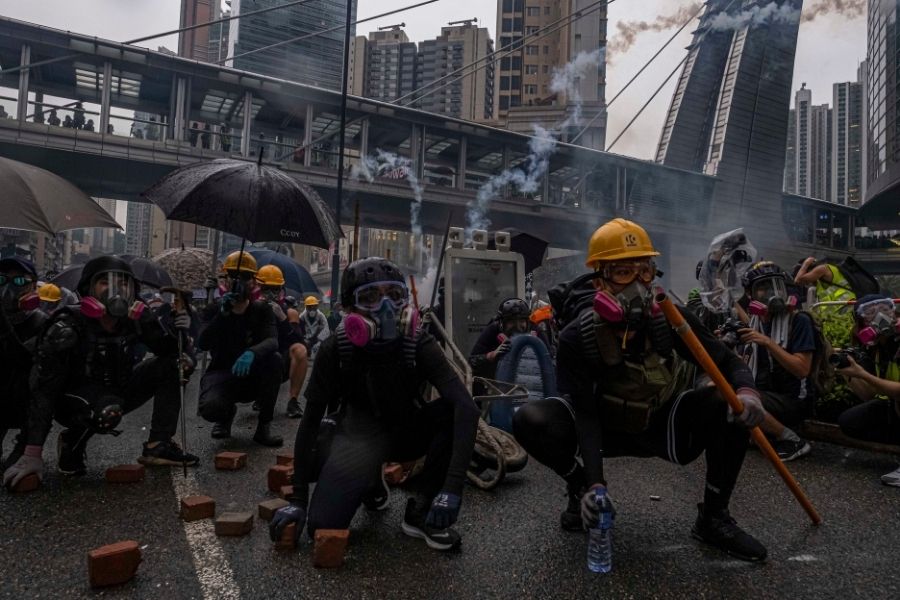 HONG KONG — Hong Kong’s pro-democracy lawmakers said Wednesday that they would resign en masse to protest Beijing’s growing control over the local legislature, one of the last remaining centers of dissent in the Chinese city. The 15 resignations were set off by a decision earlier in the day out of Beijing that forced the removal of four opposition lawmakers in Hong Kong. The lawmakers’ departure comes amid Beijing’s intensifying efforts to silence Hong Kong’s political opposition and to curb a vast protest movement. Here’s a look at key moments in the long showdown between pro-democratic forces and the Beijing-backed authorities who have chipped away at Hong Kong’s special status as a bastion for free speech and independent courts. Extradition bill incites enormous protests. In May 2019, Hong Kong lawmakers scuffled over a bill that would allow extraditions to mainland China, where courts are controlled by the ruling Communist Party. That was followed by huge street protests, with organizers estimating that 1 million people marched on June 9, 2019, in a city of about 7.5 million. Three days later, police fired tear gas at protesters who had blocked a major highway outside the Legislative Council, Hong Kong’s legislature. The heavy-handed response prompted another June march that organizers said drew nearly 2 million people. On July 21, after protesters vandalized Beijing’s liaison office in Hong Kong, a mob attacked a group of protesters in a train station. Dozens were injured, including journalists and a pro-democracy legislator. The appearance of police inaction that night would fuel widespread anger toward the Hong Kong police force and suspicion that officers were unwilling to protect anti-government protesters. In the months that followed, street clashes became routine between the police and black-clad protesters, who targeted symbols of authority, including local police stations and the city’s vaunted subway system. Some protesters began carrying makeshift weapons, attacking opponents on the streets and vandalizing businesses seen as supporting the police and the government. A slogan from the “Hunger Games” films — “If we burn, you burn with us” — became a call to arms. With Beijing’s support, the Hong Kong authorities began a no-compromise campaign of crowd suppression and arrests of demonstrators and pro-democracy activists. A bill withdrawn, escalating violence and an election win. Even as the arrests intensified, the protest movement claimed a major success: In September 2019, Hong Kong’s leader, Carrie Lam, withdrew the extradition bill. The concession did not end the protests, though, and some began getting more intense. Confrontations on college campuses in mid-November began resembling medieval sieges, with students fortifying their campuses against police charges and sometimes even shooting arrows out toward riot police. The police continued their harsh tactics, using tear gas, batons, water cannons and rubber bullets. But if Beijing officials were betting that the increase in violence would turn local opinion against the protest movement, they were wrong. The movement earned a stunning victory in late November as pro-democracy candidates captured most of the seats in local elections for district councils. It was a vivid expression of defiance toward and anger with Beijing and their allies in Hong Kong’s leadership. The pandemic strikes, and elections are put off. After the pro-democracy movement’s election wins, a lull in protests set in for several weeks. Then, on New Year’s Day, demonstrators returned to the streets in full force in a protest that started peacefully but descended into violent clashes with the police. But even as they marched, many protesters were expressing more trepidation than righteous anger. Mainland and Hong Kong officials had made clear they would not back down, and Hong Kong’s economy was showing signs of intense strain from the disruption. The tone was already shifting, and then the coronavirus pandemic struck. As the new virus began spreading around the world, social-distancing rules and the imperative to stay home took even more steam out of the protest movement. The Hong Kong government said the pandemic meant the legislative election scheduled for September would need to be postponed by a year. The opposition cried foul and said the government was afraid that establishment candidates would be defeated. National security law imposed. After a year of protests, and opposition election victories, Beijing had had enough. In late June this year, the mainland government imposed an ominously vague and far-reaching national security bill on Hong Kong that targeted dissent and protest. Calls for Hong Kong to be independent were made illegal, and sabotaging transportation infrastructure, which became increasingly common during the protests, was designated as terrorism. A national security office was set up, and China’s state security apparatus, which had previously worked covertly in Hong Kong, was allowed to operate in public. More than two dozen people have since been arrested under the new law. Most prominent among them was Jimmy Lai, founder of the city’s biggest pro-democracy newspaper, Apple Daily. This week, Beijing officials went even further, granting the Hong Kong government broad powers to remove lawmakers from office who do not show clear loyalty to China. Within minutes, Hong Kong officials removed the four lawmakers, prompting the other 15 members of the pro-democracy bloc to resign in protest. Their departures will leave the political opposition without a voice in the Hong Kong legislature, which had stood as a symbol of the “one country, two systems” framework intended to keep Hong Kong semi-autonomous until 2047.
FILE - Protesters in Hong Kong, Aug. 25, 2019. Here’s a look at key moments in the long showdown between pro-democratic forces and the Beijing-backed authorities who have chipped away at Hong Kong’s special status as a bastion for free speech and independent courts. (Lam Yik Fei/The New York Times)
DOWNLOAD
Loading...

3/8
HONG KONG GRANDMA 2
FILE - Protesters in Hong Kong, Aug. 25, 2019. Here’s a look at key moments in the long showdown between pro-democratic forces and the Beijing-backed authorities who have chipped away at Hong Kong’s special status as a bastion for free speech and independent courts. (Lam Yik Fei/The New York Times)
DOWNLOAD
Loading...

Tweets by @forbes_india
Cricketer Suresh Raina on entrepreneurship and life post-retirement
Capital Ideas: Diageo's Anand Kripalu on why home delivery of alcohol should become a norm