Jake Paul promised them fame. Was it worth the price? 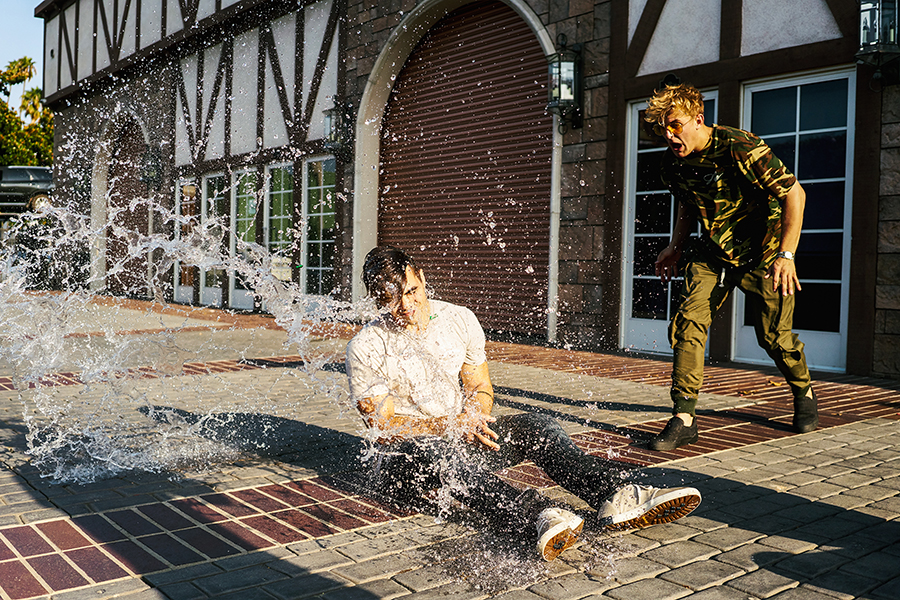 In the vast world of YouTube villains, there may be none as famous as Jake Paul.
The 24-year-old Vine star turned vlogger has polarized viewers with videos of dangerous pranks and stunts (although he continues to bring in millions of views). He is a serial entrepreneur linked to several dubious and misleading business ventures (although that hasn’t deterred investors). He has repeatedly offended and alienated his collaborators (although he keeps finding new ones). In 2020, he declared the coronavirus a “hoax.” It can often seem that he lives to provoke outrage.
Now, Paul is facing allegations of sexual misconduct from other influencers.
Yet he remains the blueprint for many social media stars today. Without him, it’s hard to imagine the current land rush of so-called “collab houses,” where young content creators film videos, throw parties and spur drama. Or the proliferation of prank videos on YouTube. Or the bad-boy archetype embodied by so many influencer-entrepreneurs born on TikTok.
At the center of these comparisons is the Team 10 house, an influencer collective and talent management agency founded by Paul in 2016. The vision: He and six other creators, aged 14 to 19, would live together and leverage their collective followings for views and cash. Everyone would benefit, but no one more than Paul.
“I know it’s a cliché, but, like, literally, I want to create an empire of dozens of talent under me, to take my power and multiply it so that I become bigger than myself,” Paul told The New York Times in 2017.
Back then, the arrangement was uncommon; sure, influencers lived together (the O2L house and The Station had already come and gone), but the houses weren’t all businesses in their own right. Now, such setups are increasingly common — and highly lucrative.
“People look to Team 10 house as the inspiration for collab houses today,” said Brendan Gahan, the chief social officer at Mekanism, an advertising agency. “The Beatles didn’t invent rock ’n’ roll, but they’re the most famous rock ’n’ roll band. Team 10 didn’t invent the collab house, but they became the most famous collab house and really defined it. They created the culture.”
But that culture is now being re-evaluated, as stories mount from creators who say they were exploited for views.
No rent, no parents ... no problems?
When AJ Mitchell received a direct message from Jake Paul in early 2016 about an opportunity in Los Angeles, he was intrigued.
An aspiring musician in small-town Illinois, Mitchell had earned more than 80,000 followers on Instagram. Paul, who was raising capital to start a media company focused on influencers, said he could help him become much bigger.
Aaron Mitchell, AJ’s father, said that he “was not very impressed with Jake” and that he didn’t want his son, who was 14 at the time, involved with Team 10. However, after extensive conversations with Paul’s parents, Greg Paul and Pam Stepnick; Paul’s assistant, Erika Costell, who was in her mid-20s; and Neels Visser, another member of Team 10, he and his wife, Allison, decided to allow AJ to join the group.
The arrangement worked like this: Each of the influencers could live in the Team 10 house (a rented mansion in the upscale Beverly Grove neighborhood of Los Angeles) for free if they agreed to produce regular content for social media (which Paul would monetize) and participate in brand deals. (Paul declined to comment on the financial arrangement he had with house residents.)
According to several former house members, Paul could also take 10% to 20% of Team 10 members’ YouTube ad revenue for up to five years, even if they left the group. At the time, it sounded like a good deal; Paul would help them become stars in their own right. 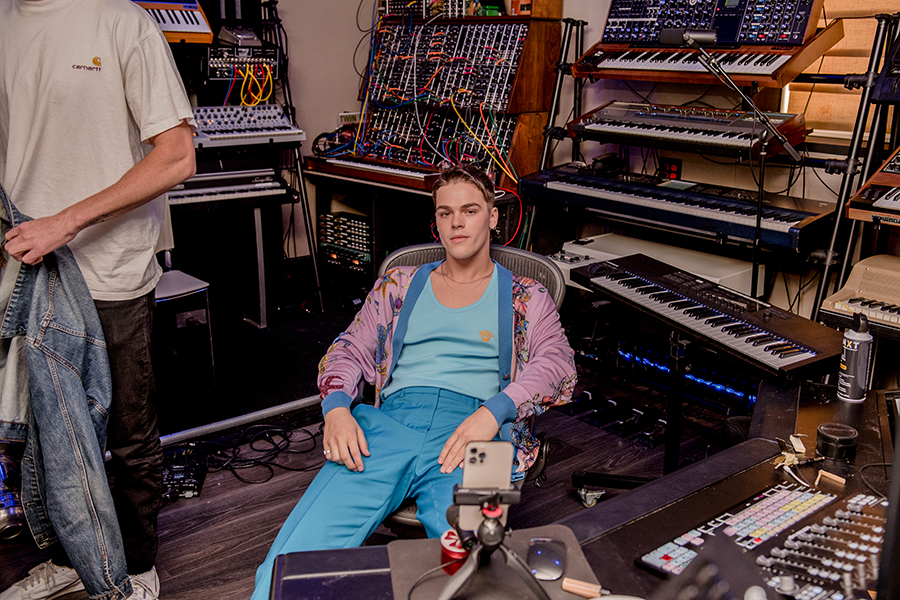 AJ Mitchell, who joined the Team 10 house when he was 14 and trying to become a musician, at a studio in Los Angeles, April 9, 2021. At first, he said, “it was like I was living in a dream.” Image: Todd Midler/The New York Times
On May 24, 2016, Mitchell arrived at the Team 10 house with a single suitcase. For several weeks he didn’t have a bedroom, so he slept on a leather couch in the living room.
Mitchell was given a room to share with Alissa Violet, who was 19 at the time and publicly dating Paul. “It kind of felt unreal,” Mitchell, who is now 19, said. “I’d seen those people on social media before, growing up. I’d see all these funny videos so when I went out there I was like, ‘Whoa, this is real.’ It was like I was living in a dream.”
Allison Mitchell, AJ’s mother, would regularly fly in and stay at a nearby hotel. On some occasions, she even spent the night at the Team 10 house, sleeping in the room her son shared with Violet. “For me, as a mom, I’m very protective of my kid,” Allison Mitchell said.
She said that when she called older members of the group to check on her son, they assured her that things were going well; AJ, she said, never let on otherwise.
“All I know is they were doing a bunch of silly stupid videos, being kids,” she said. “Sometimes being reckless, but doing silly videos.”
The prank economy
To get views, many YouTubers, including Paul and David Dobrik’s Vlog Squad, relied on pranks and practical jokes, drawing from a lineage of entertainment franchises like “Jackass” and “Punk’d” as well as the work of creators like Paul’s older brother, Logan. The people living and working in the Team 10 house served as subjects for all kinds of antics.
Paul’s YouTube channel offers an incomplete record — many of his videos have been removed — but it includes footage of members of Team 10 being electrically shocked without warning and facing pressure to jump from the mansion’s roof into a pool. The videos give the impression of a rollicking frat house during rush season rather than a collaborative work environment.
Former Team 10 members told The Times that Paul had once chainsawed through a bedroom door to wake up two people in the house. One of Paul’s former assistants recalled arriving for work to find her desk had been smashed for a video. The Times sought comment from Paul on the material of the YouTube videos and the accounts of former Team 10 associates, and he declined.
It wasn’t just people in the house who were affected by Paul’s pranks: In 2017, a man sued Paul for hearing loss after the influencer blared a car horn at him; the case was later dismissed. 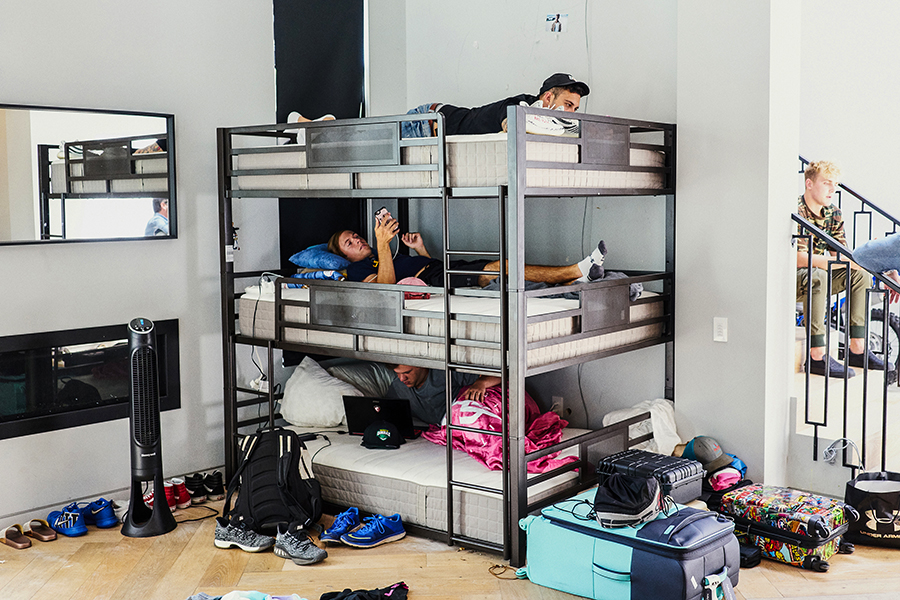 Tweets by @forbesindia
Tackling India's oxygen emergency: Can there be a timely, cost-effective solution?
An EV startup backed by UPS does away with the assembly line