US Brings 'Largest Ever Tax Charge' Against Tech Executive

Federal prosecutors said Robert T. Brockman had used a web of entities based in Bermuda and Nevis, as well as secret bank accounts in Bermuda and Switzerland, to hide $2 billion in income from the IRS 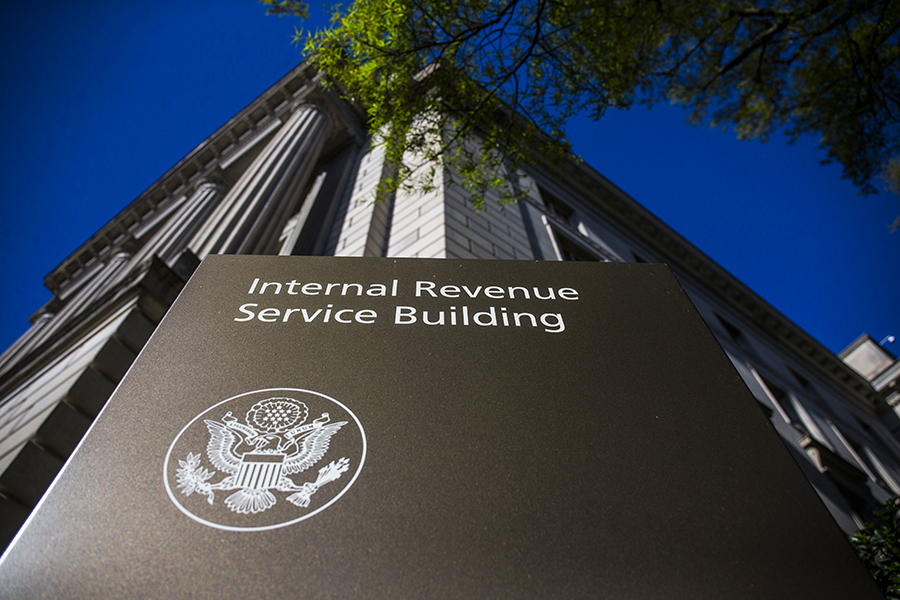 A Houston tech executive was charged Thursday with hiding $2 billion in income from the IRS in what federal prosecutors called the largest tax evasion case in U.S. history. Federal prosecutors said the executive, Robert T. Brockman, had used a web of entities based in Bermuda and Nevis, as well as secret bank accounts in Bermuda and Switzerland, to hide income from the IRS that he had earned on private equity investments over 20 years. A 39-count federal indictment handed up by a grand jury in San Francisco detailed a complex scheme involving backdated records and encrypted communications with code names like “King,” “Bonefish” and “Snapper” as well as “the house,” for the IRS. The indictment said that Brockman, chief executive of Reynolds and Reynolds, an Ohio company that makes management software for auto dealerships, used $30 million in income that he had hidden from taxation to buy properties named Mountain Queen and Frying Pan Canyon Ranch in Colorado and had spent an additional $29 million in unreported income on a yacht named Turmoil. Brockman, 79, was charged with multiple counts of tax evasion, failing to file foreign bank account reports, wire fraud affecting a financial institution, evidence tampering, destruction of evidence and other crimes. He pleaded not guilty Thursday in an appearance via Zoom in federal court in the Northern District of California. “The allegation of a $2 billion tax fraud is the largest ever tax charge against an individual in the United States,” David L. Anderson, the U.S. attorney in San Francisco, said at a news conference. James Lee, chief of criminal investigations at the IRS, said the charges “disgusted me.” “These allegations should disgust every American taxpayer, as well, because the law applies to all of us when it comes to tax and paying our fair share,” he said. Kathryn Keneally, a lawyer for Brockman, said, “We look forward to defending him against these charges.” A spokeswoman for Reynolds and Reynolds said the charges “focus on activities Robert Brockman engaged in outside of his professional responsibilities” with the company. Reynolds and Reynolds “is not alleged to have engaged in any wrongdoing, and we are confident in the integrity and strength of our business,” the spokeswoman said. Federal prosecutors said Brockman’s goal was to conceal from the IRS capital gains income that he had earned as a result of his investments in funds managed by Vista Equity Partners, whose billionaire chief executive, Robert F. Smith, has agreed to cooperate with federal authorities. Smith, who has been called the richest Black man in America, drew national attention last year when he was giving the commencement address at Morehouse College in Atlanta and made a surprise announcement that he would pay off the student loans of the roughly 400 graduates. Federal prosecutors said Smith had signed an agreement acknowledging his involvement in a 15-year scheme to hide more than $200 million in income and evade millions in taxes by using an offshore trust structure and offshore bank accounts. Under the agreement, the Department of Justice said it would not prosecute Smith if he paid more than $139 million in taxes and penalties, abandoned $182 million in charitable deduction claims and cooperated with ongoing investigations. Mark E. Matthews, a lawyer for Smith, declined to comment Thursday. Anderson said the agreement showed that “it is never too late to do the right thing.” “Although Smith willfully and knowingly violated the law, Smith has accepted responsibility and agreed to provide complete and truthful cooperation,” he said. Federal prosecutors said that Smith used his unreported income to buy and make improvements to real estate used for his personal benefit. They said he had used income hidden from taxation to buy and renovate a $2.5 million vacation home in Sonoma, California; to buy two ski properties and a piece of commercial property in France; and to build and make improvements to a home in Colorado that was used charitably for disadvantaged children and wounded veterans.

Tweets by @forbesindia
Remdesivir Fails to Prevent COVID-19 Deaths in Huge Trial
Photo of the Day: Rescue operations on as Hyderabad battles floods