What are NFTs, anyway? One just sold for $69 million

NFTs or "nonfungible tokens," have taken the art market by storm, making the leap from specialist websites to premier auction houses 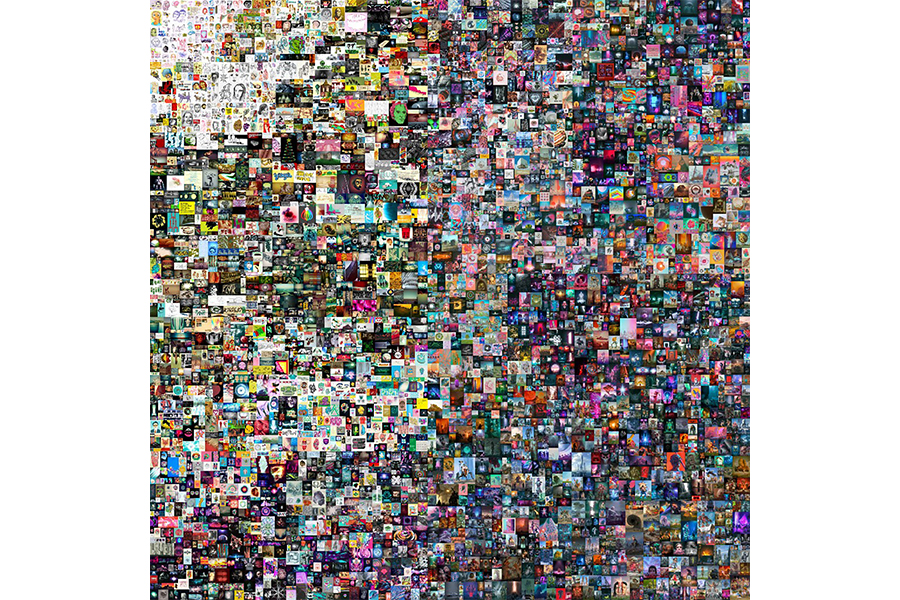 Artist Mike Winkelmann, also known as Beeple, has just sold an NFT at a record-breaking $69.3 million, the third-highest price achieved by a living artist. The sale, at Christie’s, for the purely digital work was the strongest indication yet that NFTs, or “nonfungible tokens,” have taken the art market by storm, making the leap from specialist websites to premier auction houses. Beeple, a newcomer to the fine-art world who first heard about NFTs five months ago, is the most high-profile artist to profit off the huge boom in sales of these much hyped but poorly understood commodities. If you have heard about them and want to know what the fuss is about, here’s a primer. What is a "nonfungible token," or NFT? An NFT is an asset verified using blockchain technology, in which a network of computers records transactions and gives buyers proof of authenticity and ownership. The current boom is mostly for digital assets, including images, GIFs, songs or videos. Most importantly, NFTs make digital artworks unique, and therefore sellable. Now, artists, musicians, influencers and sports franchises are using NFTs to monetize digital goods that have previously been cheap or free. The technology also responds to the art world’s need for authentication and provenance in an increasingly digital world, permanently linking a digital file to its creator. Who was the seller? Was it the artist? Winkelmann sold the artwork himself through Christie’s. When did this become a thing? The technology for NFTs has been around since the mid-2010s but hit the mainstream in late 2017 with CryptoKitties, a site that allowed people to buy and “breed” limited-edition digital cats with cryptocurrency. Now, with the value of cryptocurrencies reaching record highs, some of the same investors who speculate on them are buying and trading NFTs, often for eye-popping prices. Beeple is the most high-profile artist to make a gigantic sale, but there are now plenty of illustrators, video and graphic artists selling work at high prices. If I buy an NFT, do I own the art? Sort of. The buyer of an NFT will not necessarily acquire a copyright, or even sole access to a work. (Many will remain available to anyone with an internet connection.) But some people are willing to pay, handsomely, to be able to claim ownership of the “verifiably real thing.” In fact, the art world is familiar with this genre of sale. To take one example, anyone could duct-tape a banana to the wall, but it wouldn’t be Maurizio Cattelan’s “Comedian.” Likewise, someone could easily make a digital copy of Beeple’s “Everydays — The First 5000 Days” by simply downloading it through their internet browser, but even though the content would be exactly the same, they wouldn’t own the artwork itself without blockchain verification. How big is the market? According to the NFT Report 2020, published by L’Atelier BNP Paribas and Nonfungible.com, the value of the NFT market grew by 299% in 2020, when it was valued at more than $250 million. But the first few months of 2021 have already seen astonishing sales, even before this auction. Was this the first NFT ever sold by Christie’s? No. It was the first purely digital NFT. The first NFT the auction house sold was actually a token authenticating a physical painting, Robert Alice’s “Block 21” from the series “Portraits of a Mind.” But … is this art? Beeple’s work has been compared to that of KAWS or Banksy, two other artists who have bypassed art-world gatekeepers to establish huge sale prices. But ultimately, NFTs are a technology used to authenticate an artwork; determining whether a work is art or not is up to the viewer. The technology can be used to authenticate other kinds of objects, too. Jack Dorsey, co-founder and chief executive of Twitter, is currently selling his first tweet as an NFT in a timed charity auction. Bidding had reached $2.5 million by Thursday.

Tweets by @forbesindia
China's jaded techies find a hero in Elon Musk
Making workplaces safer for women: Why companies can do better