Ngozi Okonjo-Iweala, a Nigerian economist and former finance minister, is poised to become the first woman and first African to lead the World Trade Organization 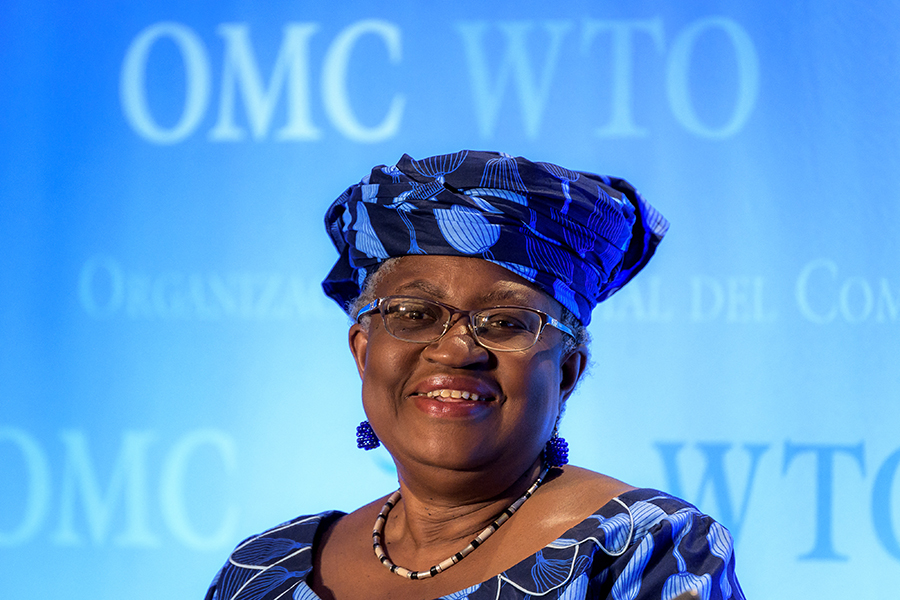 WASHINGTON — Ngozi Okonjo-Iweala, a Nigerian economist and former finance minister, is poised to become the first woman and first African to lead the World Trade Organization, when the members of the global trade body meet Monday to consider her candidacy for director-general.

The appointment would remove a key obstacle to the functioning of the WTO, which has been leaderless during a time of growing protectionism and global economic upheaval brought about by the pandemic. But even with Okonjo-Iweala at the helm and the renewed support of the Biden administration, the WTO, which was founded in 1995 to ensure that trade flows as smoothly and freely as possible, will face steep challenges surrounding its effectiveness as the world’s trade arbiter.

Trade negotiations, including an effort to restrain harmful subsidies given to the fishing industry, have dragged on without resolution. A key part of the organization for settling trade disputes, called the appellate body, remains crippled after the Trump administration blocked appointments of new personnel. And there are deep divisions over whether rich and poor countries should receive different treatment under global trade rules.

There is also growing consensus that the World Trade Organization has failed to police some of China’s worst economic offenses, which many in the United States consider the world’s biggest trade challenge today. And there is deep uncertainty about whether the group can be overhauled to address those shortcomings.

“There are a lot of issues that are begging for reform,” said Wendy Cutler, a former U.S. trade negotiator and a vice president at the Asia Society Policy Institute. She said that the Biden administration’s support for Okonjo-Iweala could be “an easy way to gain goodwill and get everyone focused on the important substantive issues.”

The Trump administration spent the last four years mostly criticizing or ignoring the World Trade Organization, ultimately weakening the institution by carrying out its most prominent trade policies outside of its boundaries. Rather than working with the WTO, President Donald Trump took on trading partners like China and the European Union one-on-one, deploying hefty tariffs that those governments argued contravened the WTO’s rules.

President Joe Biden is likely to take a very different approach. He has criticized Trump for alienating allies and weakening the multilateral system, and is expected to make the United States a more active player in international groups including the WTO.

That includes supporting the organization’s new leadership. On Feb. 5, the Biden administration announced it would support Okonjo-Iweala, reversing efforts by the Trump administration to block her candidacy.

The former director-general, Roberto Azevêdo, announced last May that he would leave the job a year early and departed in August. While the vast majority of the organization’s members supported Okonjo-Iweala to replace him, Trump administration officials, particularly former trade representative Robert Lighthizer, had criticized her lack of trade experience, and supported the South Korean candidate, trade minister Yoo Myung-hee, instead.

On Feb. 5, Yoo withdrew from the race.

“The United States stands ready to engage in the next phase of the WTO process for reaching a consensus decision on the WTO director-general,” the Office of the United States Trade Representative said in a Feb. 5 statement. “The Biden administration looks forward to working with a new WTO director-general to find paths forward to achieve necessary substantive and procedural reform of the WTO.”

Okonjo-Iweala, 66, is a development economist who spent 25 years working at the World Bank, including as managing director, and served two terms as Nigeria’s finance minister, as well as the country’s foreign affairs minister. A U.S. citizen who earned a doctorate from the Massachusetts Institute of Technology, she serves on the boards of Twitter and Standard Chartered and is an adviser to the Asian Infrastructure Investment Bank. Until recently she served on the board of GAVI, an international organization that distributes vaccines to poor countries.

Okonjo-Iweala has said that her earliest priorities will be ensuring the free flow of vaccines, medicines and medical supplies to help deal with the pandemic and aid the global economic recovery. She has vowed to push for new trade agreements on fisheries and the e-commerce industry, and called for finding “solutions to the stalemate over dispute settlement.” She also said she would prioritize updating trade rules, encouraging members to be transparent and notify one another of changes to their policies, and strengthening the organization’s bureaucracy.

Following Okonjo-Iweala’s appointment, one of the most pressing issues for the World Trade Organization will most likely be the paralysis of its system for settling trade disputes.

The appellate body, a part of the organization that considers appeals by countries to WTO decisions on trade disputes, has been shuttered for over a year, after the Trump administration blocked new appointments to the panel that hears those arguments. The Trump administration argued that the appellate body had exceeded the mandate it was created with, ultimately engaging in a kind of judicial activism that undercut U.S. trade law, harming American workers and infringing on U.S. sovereignty.

The Biden administration’s nominee for U.S. trade representative, Katherine Tai, is intimately acquainted with both the strengths and shortcomings of the global trade body, having successfully litigated cases against Chinese export restrictions at the World Trade Organization during the Obama administration, when she served as general counsel for the Office of the Trade Representative.

Tai led a legal challenge, supported by Canada, Japan and the European Union, to a ban China had imposed on the export of rare earth materials, a key input for electronics. The United States won the case, and China dropped its quotas in 2015.